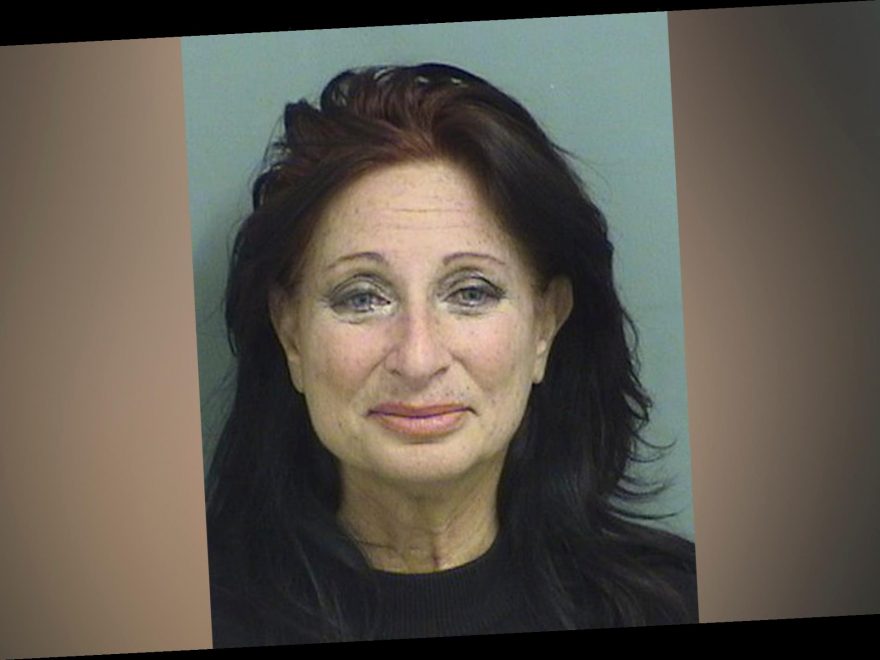 An outspoken anti-mask activist in Florida was arrested for refusing to put on a face covering at a bagel shop — with wild video showing the bizarre bust.

Cindy Falco-DiCorrado, 62, of Boynton Beach, was arrested Thursday at an Einstein Bros. Bagels in Boca Raton, where she allegedly ignored requests from a customer and a deputy to put on a mask, the Palm Beach Post reported.

“You are violating the Constitution,” Falco-DiCorrado told the responding officer, according to a Palm Beach County Sheriff’s Office report. “I am not leaving. That’s discrimination.”

Falco-DiCorrado then accused the deputy of violating her constitutional rights as she was dragged outside in front of several other customers, video shows.

“This is so illegal,” she said at one point on the clip. “I’m asking you to take your hand off of me!”

A second deputy then helped escort Falco-DiCorrado outside, where she was cuffed against a squad car — while repeating: “In the name of Jesus!

She was busted on charges of trespassing and resisting an officer without violence, the Palm Beach Post reported.

The incident reportedly marked the former Boynton Beach Community Redevelopment Agency advisory board member’s second mask-related arrest since the start of the pandemic.

She was also arrested for trespassing and resisting arrest without violence at an anti-mask protest in Lake Worth Beach in May with two other women. She pleaded not guilty in May and has a plea conference hearing set in the case on Feb. 23, according to the newspaper.

Falco-DiCorrado was also featured in a segment that aired in June on HBO’s “Last Week Tonight with John Oliver.” She was among a group of critics ridiculed by the host for their views on mandatory face masks in Palm Beach County, video shows.

“The CDC said itself they made a mistake,” Falco-DiCorrado said on the clip. “There’s not enough to make this a pandemic – this is a ‘plannedemic.’”

In late 2017, Falco-DiCorrado was forced to resign from the Boynton Beach advisory board for allegations of being a white supremacist and making racist remarks, including telling one city resident to use “better English,” the Palm Beach Post reported.

“You’re lucky we brought you over as slaves, or else you’d be deported, too,” she allegedly told black residents, according to the newspaper.

Falco-DiCorrado was released Friday after posting $2,000 bail. She pleaded not guilty to both charges, court records indicate.

She claimed Saturday she went to the bagel shop to eat with a friend and has a medical and religious exemption from the county’s mask mandate.

“American freedoms are being taken away,” Falco-DiCorrado told the Palm Beach Post. “It’s a sad day when you have people and officers picking on people for just being alive. This is an abuse of humanity.”