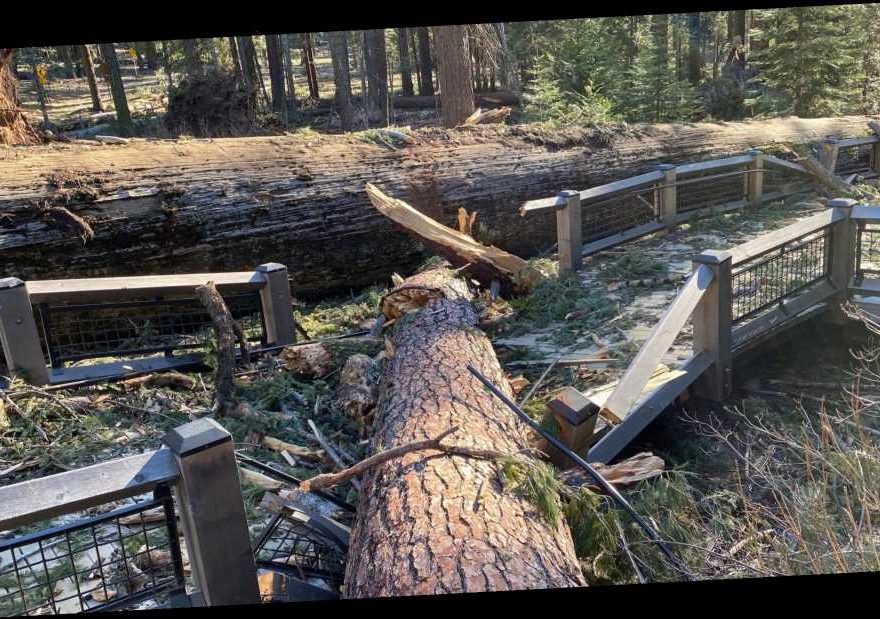 Yosemite National Park will be closed until at least early next week after high winds knocked down two giant sequoia trees and caused millions of dollars in damage.

The heavy winds began early this week and swept across California, hitting Yosemite on Monday night.

On Tuesday, the park announced on social media that Yosemite would be closed because of the continued winds as well as “downed trees, debris, and damage to park facilities.”

Later that day, the park tweeted pictures of several trees that had fallen on trucks and caused damage to at least one building, saying the park wouldn’t reopen until at least Friday.

“While some facilities have been damaged, no injuries have been reported as a result of the high winds in the park,” the park tweeted Tuesday.

Thursday night, the park extended the temporary closure until at least Tuesday, Jan. 26.

Park spokesman Scott Gediman told the Sacramento Bee that two giant sequoias in the lower grove of the park’s Mariposa Grove of Giant Sequoias were among several trees that fell. 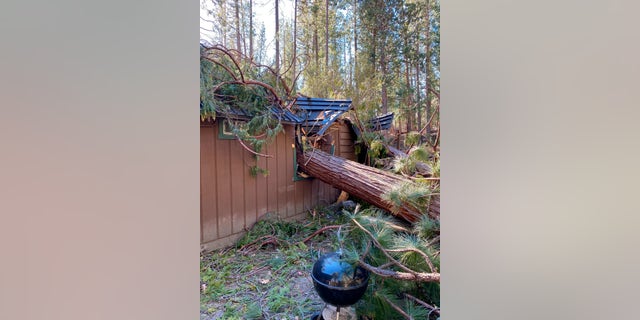 An incense-cedar that fell through a house in Wawona during the Mono wind event on Tuesday is pictured. (Yosemite National Park via AP)

Employee homes were among the buildings that were damaged, as well as a boardwalk and bathroom that were installed during a $40 million restoration that was finished in 2018, Gediman said.

He told the newspaper that crews were working to repair downed electrical lines, especially in the Wawona community, a south park area that was still without power on Thursday. 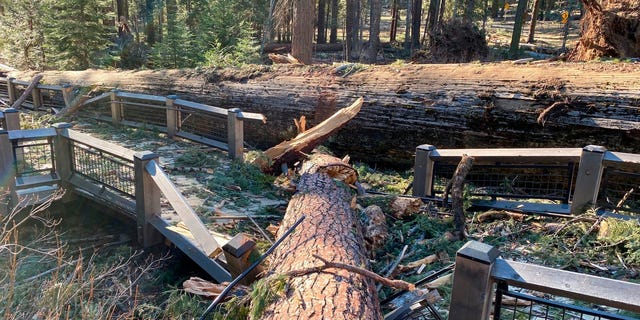 Among the areas closed until deemed safe was the Tunnel View, a scenic viewpoint on State Route 41 in the Wawona area that offers sweeping views of such icons like Half Dome and Bridalveil Fall. 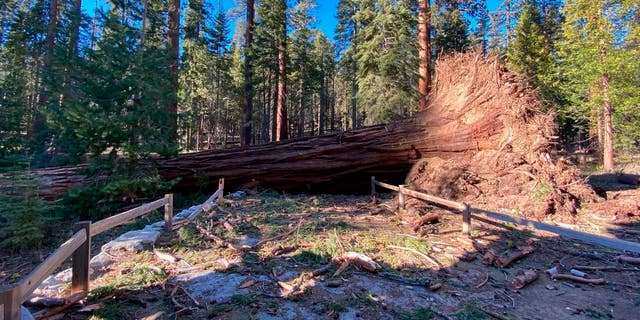 A fallen giant sequoia that came down during the Mono wind event on Tuesday is pictured. (Yosemite National Park via AP)

The park is only open to day visitors. Campgrounds and lodges have been closed for several weeks because the park is trying to reduce the chances of visitors spreading the coronavirus.

Aside from damage to Yosemite, the high winds brought down trees and power lines across California. The winds even knocked out electricity to about 300,000 homes and businesses. Utilities also intentionally blacked out tens of thousands of customers to prevent fires erupting from damaged or downed electrical equipment.