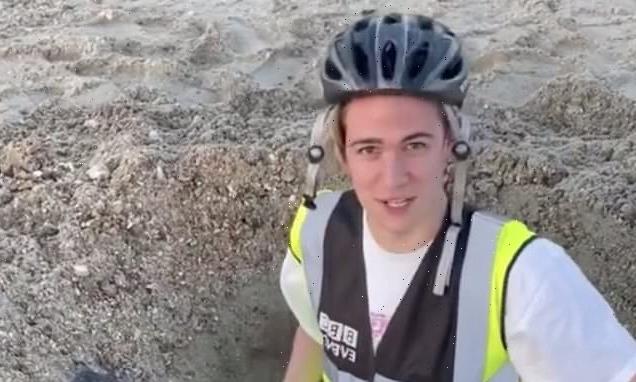 Teen idol Harvey Mills has found trouble in spades after urging his millions of fans to dig deep beach holes.

Harvey, 19, who has 12.7 million TikTok followers, posted a video showing him digging and then putting a ladder down a hole.

His clip, seen by three million, follows coastguards warning youngsters against the craze, which killed a man in New Jersey, USA in May when his 7ft hole collapsed.

A fan pointed out the tragedy to Harvey, an X Factor Celebrity finalist with his twin in 2019.

He responded: ‘They probably didn’t have hard hats on.’ 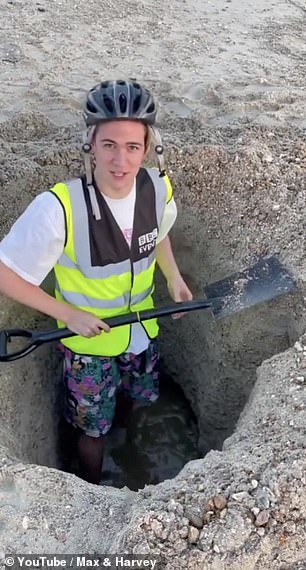 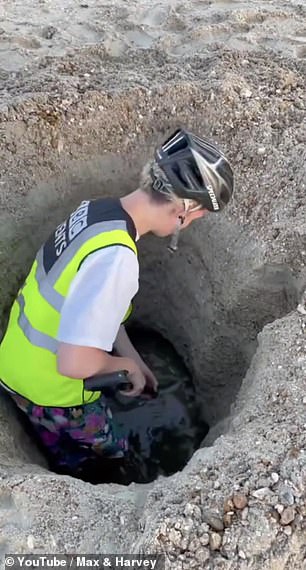 X Factor Celebrity finalist Harvey Mills has faced criticism after posting a video showing him digging a deep hole after coastguards warned against the craze, which killed a man in New Jersey, USA in May when his 7ft hole collapsed

Representatives for Harvey did not respond to a request for comment.

But a Cornwall Coastguard spokesman appealed for no one to copy him.

‘If you dig a hole so deep that your head is barely poking out or burrow into a sand dune, you could be putting your life at risk,’ he said.

‘If it has taken you three hours to dig a hole, that’s how long it might take someone to dig you out.

‘The deeper you dig, the more danger there is of a hole collapsing inwards.’