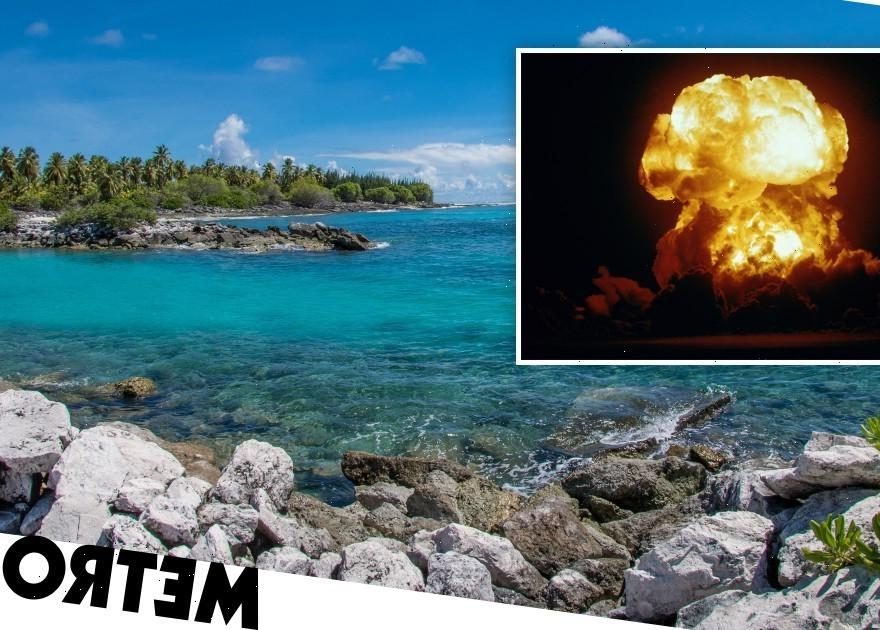 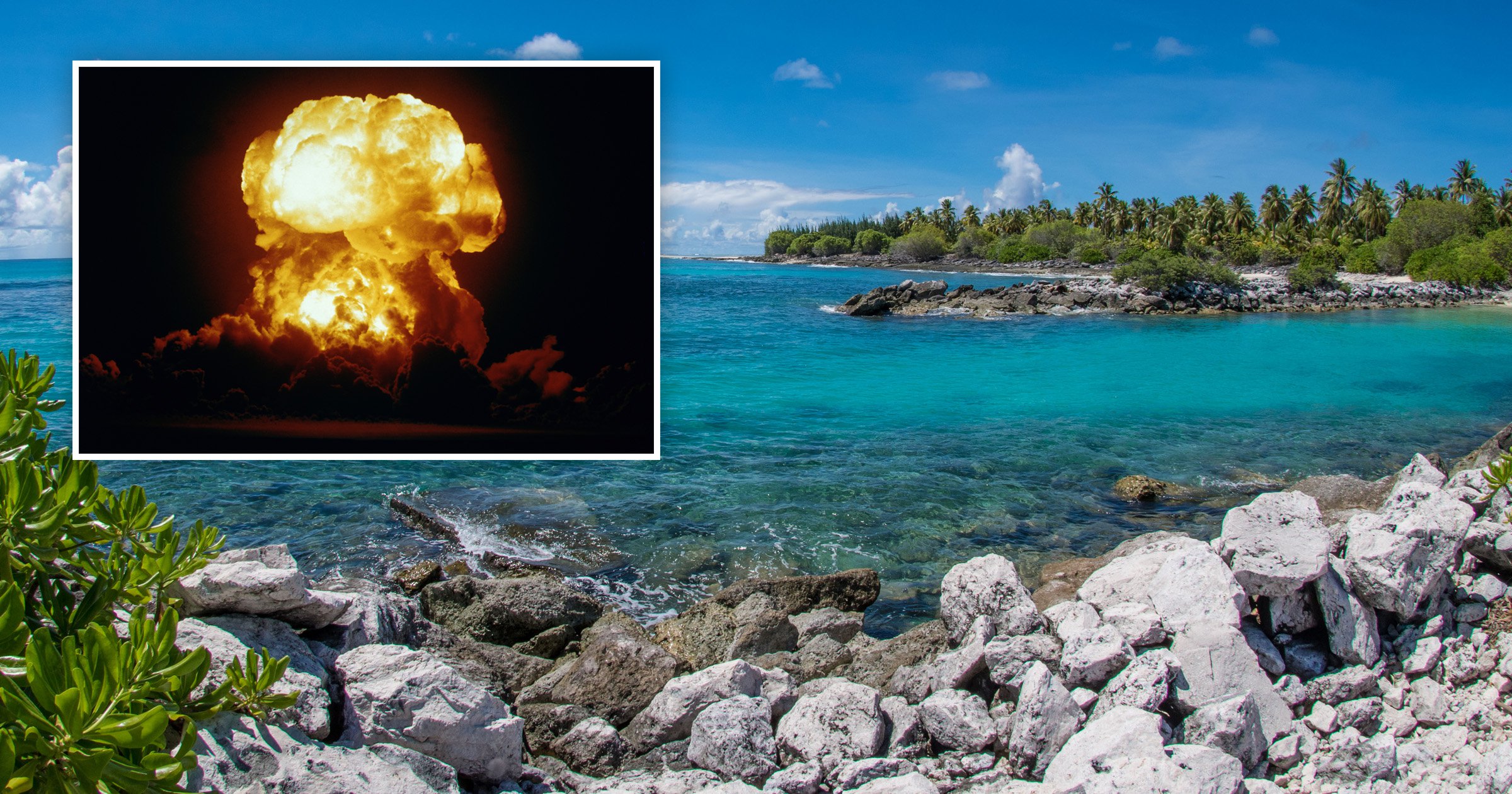 In the middle of the Pacific Ocean lies the world’s most nuclear contaminated island, devastated since the days of the Hiroshima and Nagisaki nuclear attacks.

The small coral islands of Bikini Atoll have remained uninhabited since 1945 when atomic bombs were dropped in Japan and the United States started using them for nuclear tests.

The tiny population of 167 people were advised to move elsewhere by the military and told the tests were necessary to prevent any future wars.

No one has lived there since.

The islands met the military’s criteria because it was under US control – as detailed in a report by the Natural Resources Defence Council and within 1,000 miles of a base from which bombers could take off.

The lagoon the atoll encircled offered a protected harbour for Navy ships, including vessels used as targets.

But residents who were moved from the island at the time were angry, however their leader King Juda at the time said: ‘We will go, believing that everything is in the hands of God.’

Although it was promised residents could eventually return one day, they were instead permanently reolcated to other islands in the Marshalls.

The Castle Bravo H-bomb test was conducted on the islands on March 1, 1954, and reached a yield of 15 megatons – 1,000 times more powerful than the atomic bomb which destroyed Nagisaki in 1945.

The bomb’s blast in to the air is estimated to be the equivalent of 216 Empire State Buildings, according to Stanford Magazine.

While some residents were allowed to return in the late 1960s, this was cut short because it was later found Cesium-137 in returnees’ bodies had increased by 75 percent.

Residents were then relocated 450 miles away to the Kili islands and scientists say it is still not safe to return to Bikini Atoll to this day.

‘Probably the most robust finding from our research is that Bikini Island must be cleaned up if people are to live there again,’ says Ivana Nikolic Hughes, a senior lecturer in chemistry at Columbia University and Director of the K-1 Project Center for Nuclear Studies.

‘This is based on levels of Cesium-137 in the food, background gamma radiation, and presence of various isotopes in soil and ocean sediment.’

Since 2010, Bikini Atoll has been a UNESCO world heritage site, a reminder of the fearsome power of nuclear weapons and their influence on modern civilisation.