Workers in London have cleared two huge fatbergs weighing nearly 100 tons from sewers across the city after they put homes and businesses at risk of flooding.

Utility company Thames Water said a ‘monster’ fatberg weighing 63 tons was cleared from a Pall Mall sewer after being broken up by engineers with power tools and their hands.

The fatberg, several tons of which was concrete, was discovered just minutes away from Buckingham Palace.

Another was found close to the Shard in the sewers of Cathedral Street and weighed 30 tons and stretched 229ft (70 metres). 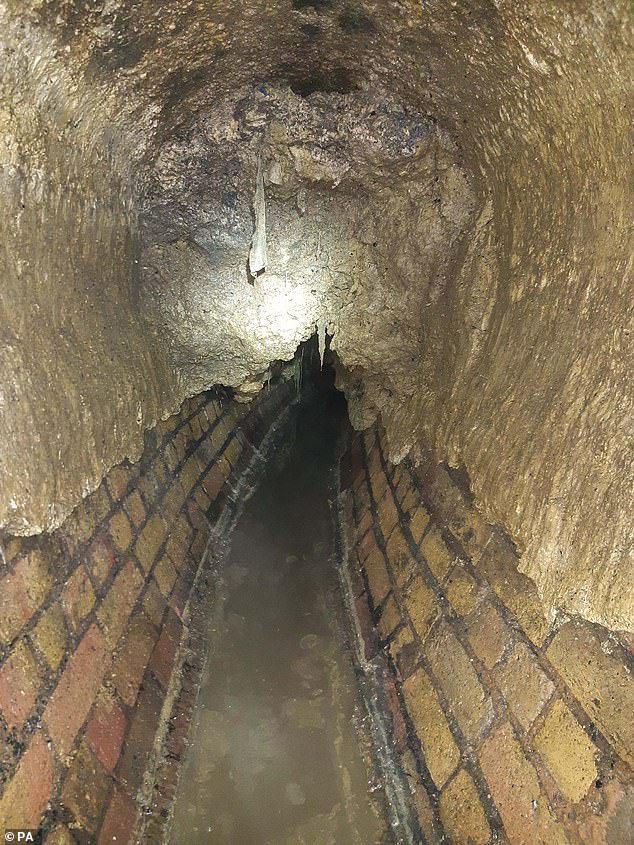 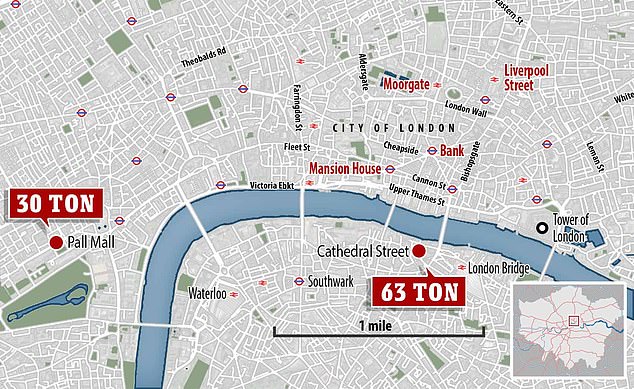 The two fatbergs were threatening to flood homes and businesses with wastewater over the festive period, the water supplier said.

Fatbergs are formed when fat, oil and grease are poured down sinks and drains and combine with items that should not be flushed down the toilet, such as unflushable wet wipes, nappies and cotton buds.

Thames Water asked people not to ‘feed the fatberg’ over Christmas, saying the two discoveries served as a timely reminder about the importance of properly disposing of cooking fat.

Stephen Pattenden, Thames Water network manager, said: ‘Fatbergs are like monsters from the deep, lurking and growing under our feet, and the team worked around the clock to defeat these two before they could cause damage to our customers or the environment.

‘We’ve all seen the problems and damage they cause, and I’d therefore ask everyone to please make sure they don’t pour fats and oils down the sink.

‘By letting the fat cool, putting it in a proper container like a glass jar and then in the bin stops a fatberg growing into a monster.’

The two fatbergs come just months after Thames Water had to remove a 100-metre ‘Concreteberg’ from underneath Islington, while a 40-tonne fatberg the size of a double-decker bus was cleared from a Greenwich sewer in November. 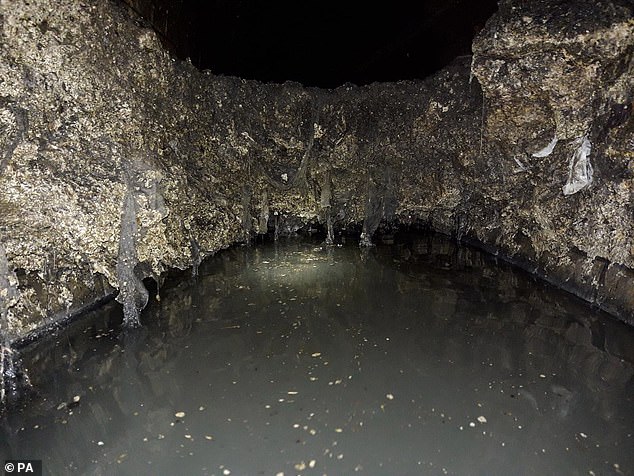