A WOMAN on a scooter has died after being hit by a lorry in southwest London this morning.

The woman, in her 30s, suffered fatal injuries after the crash unfolded in Battersea about 8.30am. 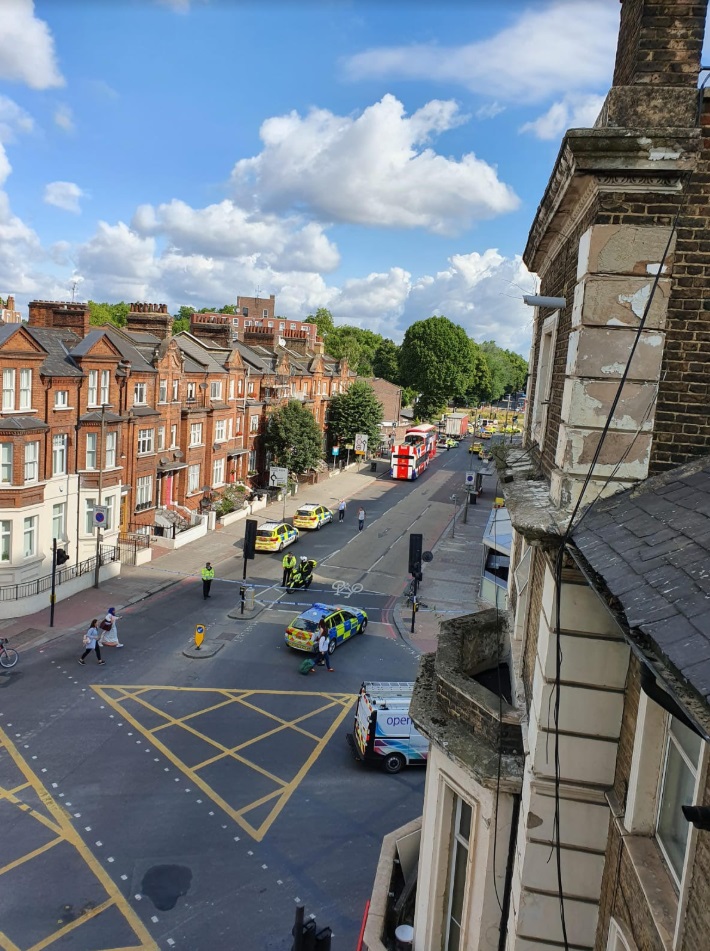 Police have since launched an investigation, with Chelsea Bridge closed off as they examine the scene.

A Met Police spokesperson confirmed they had been called to the junction of Queenstown Road and Battersea Park Road.

They said: "Officers and London Ambulance Service attended. A woman in her 30s was suffering serious injuries and was pronounced dead at the scene.

"Her next of kin are yet to be informed."

A London Ambulance Service spokesperson said: "We sent an advanced paramedic, two ambulance crews, an incident response officer and two medics in cars to the scene.

"With the first of our medics arriving in under four minutes.

"Sadly, despite the extensive efforts of medics, a woman died at the scene."

Road closures are in place including Chelsea Bridge, Nine Elms Lane and Prince of Wales Drive while officers complete on scene investigations.