A 74-year-old man who was pushed off a Las Vegas public bus — allegedly by a woman he had told to “be nicer” — has died from injuries he suffered when he hit the sidewalk, and the woman has been charged with his murder.

Surveillance video released by the Las Vegas Metropolitan Police Department this week captured the scuffle that led to Serge Fournier tumbling from the bus.

The incident occurred just before 5 p.m. on a Thursday evening in March, as the bus moved through downtown Las Vegas, according to a warrant issued for Bishop. 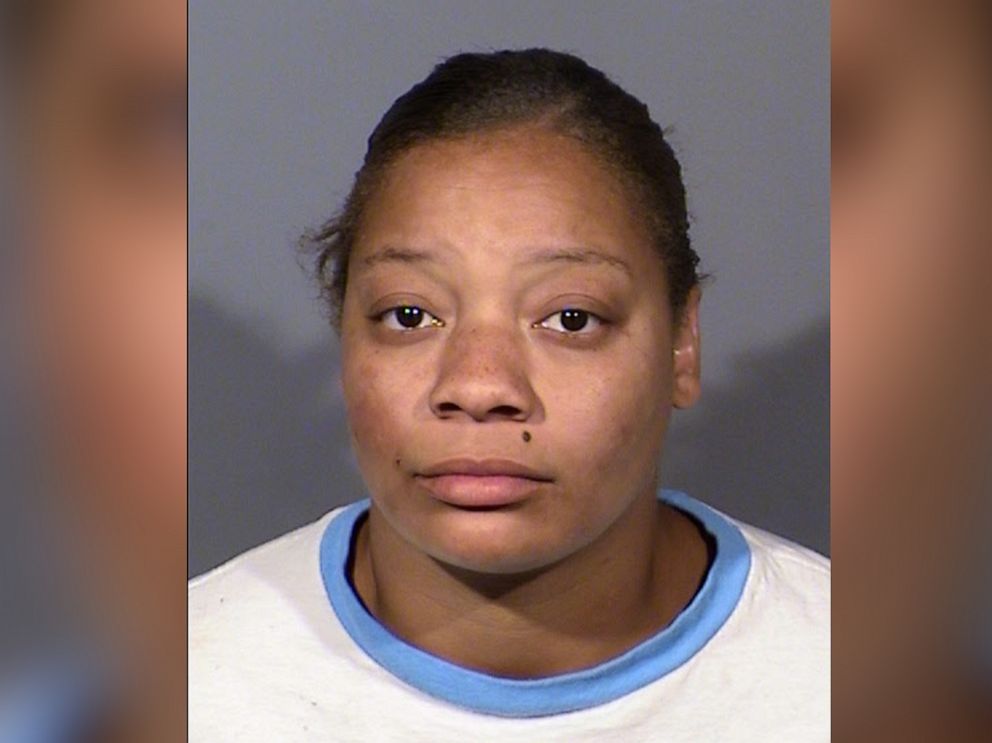 The video, which did not include sound, showed Fournier speaking to Bishop, then getting behind him and — as the bus stopped and the exit door opened — allegedly shoving him with both hands off the bus. Fournier, who was holding a foldable shopping cart, landed face-first on the pavement and hit his head, according to the warrant.

Fournier “was pushed with enough force that he never touched any of the steps,” the arrest warrant stated. “[He] went directly from the bus aisle platform to the concrete sidewalk. His head landed approximately eight feet from the bus doorway.” 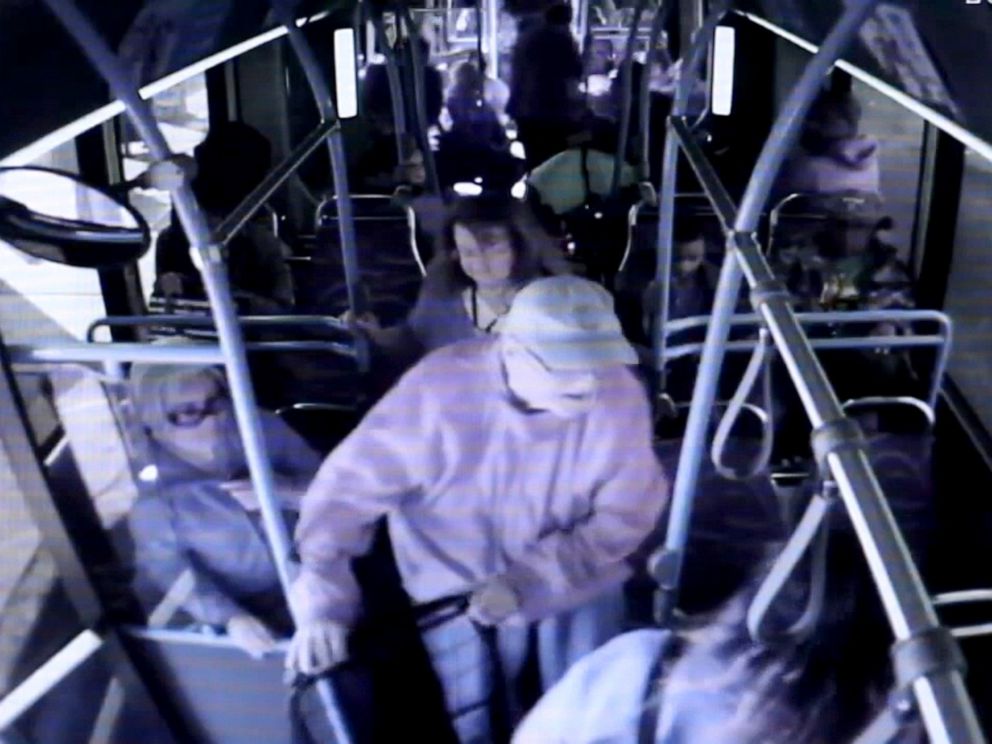 Witnesses told police that Bishop had been cursing at other bus riders, prompting Fournier to tell her to “be nicer to the passengers,” according to the arrest warrant. Bishop, who was wearing a “Love” emblem on her jacket, fled the bus with a child without offering assistance to Fournier, witnesses said, according to the warrant.

Fournier was found bleeding from the right side of his head. He initially refused treatment but later went to the hospital, police said. He died from in injuries a month later, on April 23, and his family notified police on May 3. 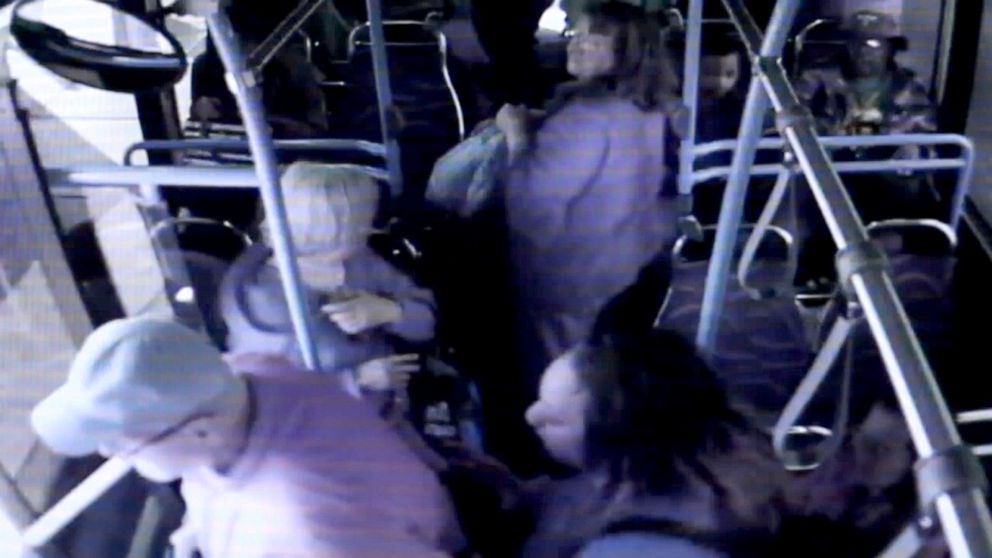 Bishop was arrested on May 6. She remained in custody on $100,000 bail at the Clark County Detention Center on Wednesday, according to online jail records. Her preliminary hearing is scheduled for May 23.