Phoenix Mercury star Brittney Griner has been wrongfully detained in Russia for 100 days. Prominent WNBA players and the WNBPA came together Saturday to urge those in power to get Griner back home.

The WNBPA released a statement Saturday asking President Joe Biden to negotiate the release of Griner. The WNBPA linked to a website, WeAreBG.org, where fans can sign a petition urging Biden to get Griner home.

There is so much heartbreak and hurt in our country right now. @POTUS, please use all available resources to get #BrittneyGriner home. We need something to rally around and build upon. Visit https://t.co/Ewtjzam4BW to learn more and take action. #WeAreBG 🧵1/6 pic.twitter.com/vNTO48LJIq

Prominent NBA and WNBA players and members of the women’s basketball community also spoke in support of Griner on Saturday.

100th DAY that our sister, Brittney Griner, has spent wrongfully detained in Russia. 100 DAYS that a friend, daughter, wife, Olympian, community activist, and so much more, has spent away from loved ones.

100 days wrongfully detained! It’s past time to bring BG home. She’s my friend and teammate, but she’s also a wife, daughter, sister, and inspiration to many. The wbb community is resilient and we can only hope that everything possible is being done to bring her home! #WeAreBGpic.twitter.com/oXlZgjG6sP

#FreeBrittneyGriner it has now been 100 days since @brittneygriner has been wrongfully detained in Russia. @[email protected] I know if you’ve met with Cherelle Griner you will understand and sympathize with her daily pain being apart from her loved one. Your help is needed.🙏🏾 pic.twitter.com/pNLiuTOcc8

The WNBPA and WNBA players have pushed for Griner’s release more aggressively in recent days. The Seattle Storm and New York Liberty wore shirts in support of Griner prior to Friday’s game.

The Los Angeles Sparks did not take questions about Friday’s game during their press conference. Instead, the team only discussed Griner.

“Brittney Griner is our teammate, our friend and our sister” #WeAreBG | @[email protected]/fnsiyI8e8q

Griner has spent 100 days detained in Russia after the country allegedly found vape cartridges containing hashish oil in Griner’s suitcase. It was believed Russia would use Griner as a “high-profile hostage,” per Yahoo Sports’ Jeff Eisenberg. Russia is reportedly looking to swap Griner for arms dealer Viktor Bout, who is known as the “Merchant of Death.”

Initially, the strategy surrounding Griner’s detainment was silence. WNBA players were allegedly told they should not draw attention to Griner since she was a political detainee.

Eventually, that shifted. President Biden and his staff declared Griner to be “wrongfully detained” May 3, prompting more action from those involved with the WNBA. 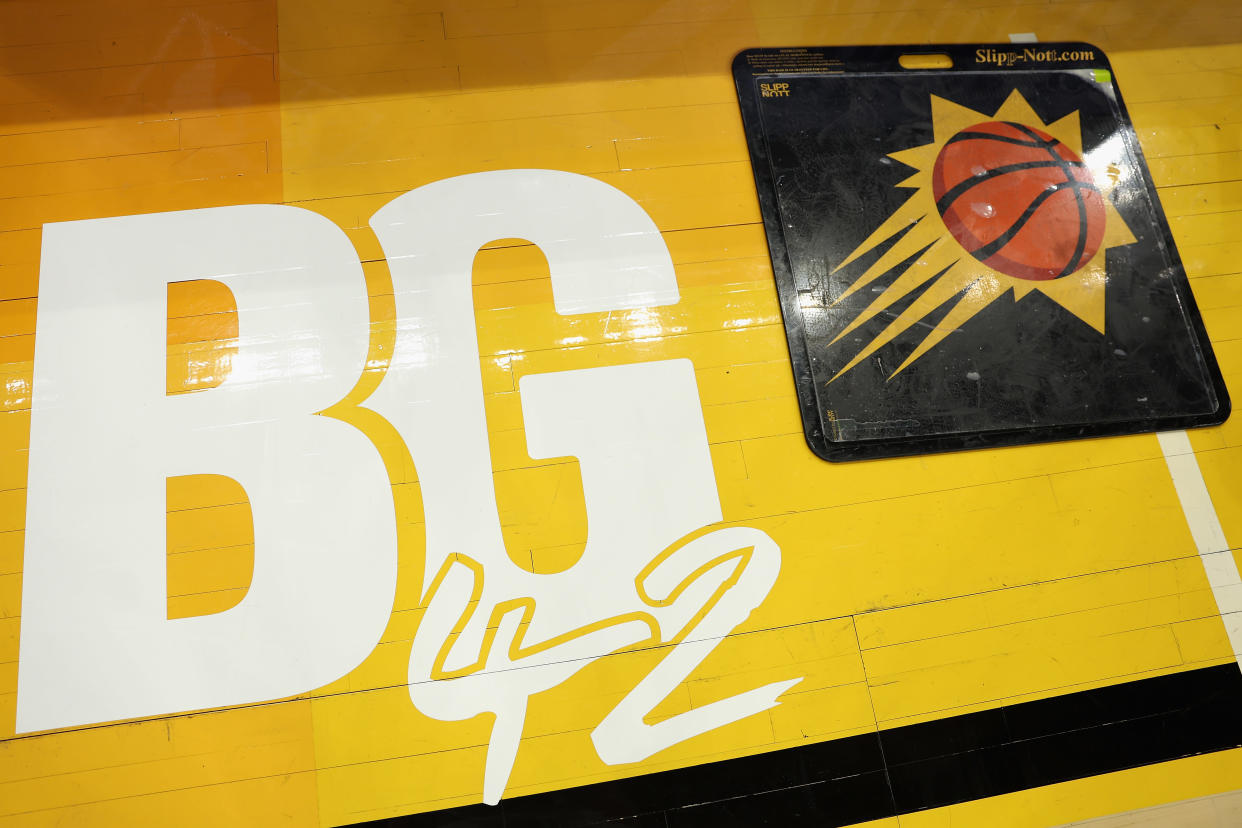