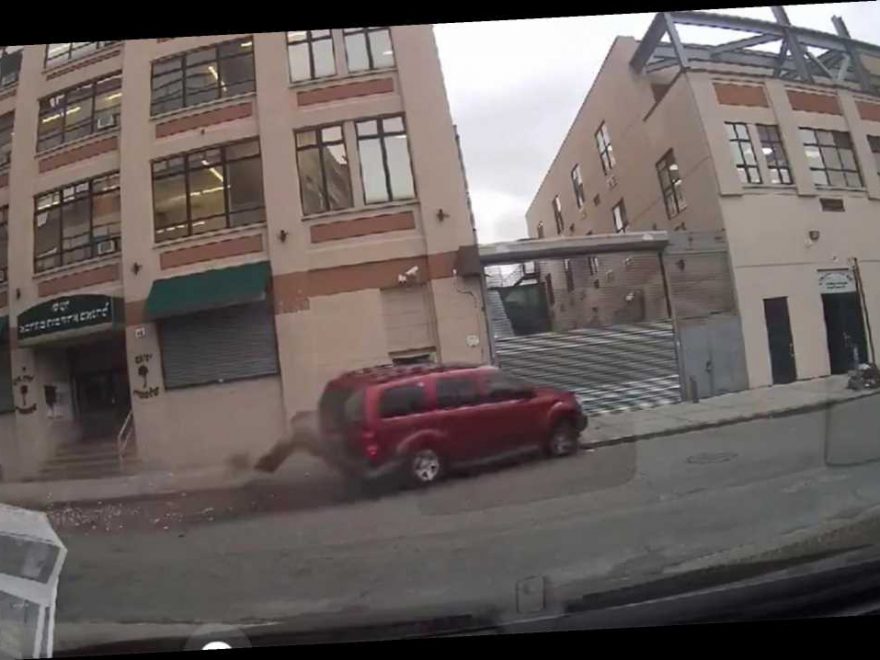 An SUV lost control and smashed into the side of a Brooklyn building during a dramatic moment caught on video Monday.

The red SUV is seen on the surveillance footage speeding south on Sandford Street and crashing into a pole — then nearly goes airborne before it slams into the commercial building.

Moments before the crash, a man is seen emerging from a neighboring building — and ducking behind the door when he sees the vehicle careening towards him, avoiding injury.

Police said the driver and his passenger were taken to a local hospital but said there were no serious injuries in the 2:45 p.m. crash, which took place between Park and Myrtle avenues.

The driver, who was not identified, was later issued summonses for driving without a license or insurance, police said.

Neither the driver nor his passenger were identified.