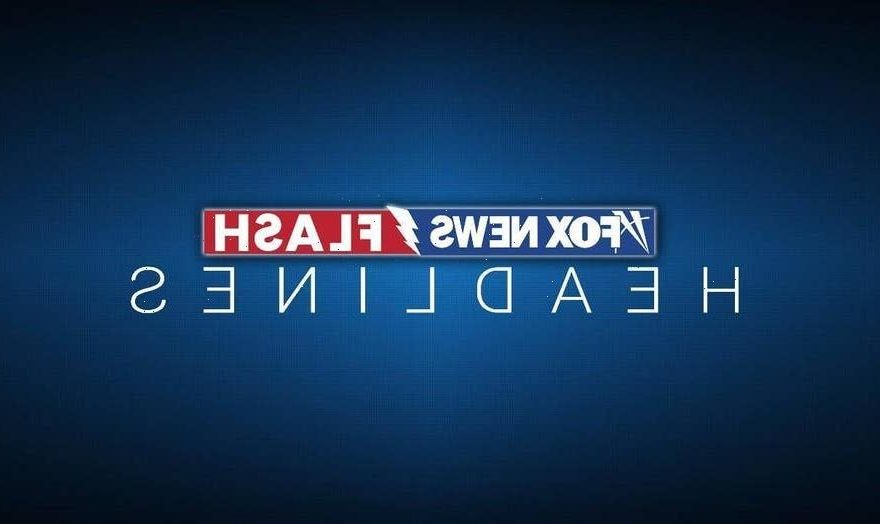 The sound of the helicopter propeller thundered across the horizon as it dipped down toward mustangs dotting the golden brown plain. The horses burst into a gallop at the machine’s approach, their high-pitched whinnies rising into the dry air.

That helicopter roundup in the mountains of western Utah removed hundreds of free-roaming wild horses, shortly before the Biden administration announced it would sharply increase the number of mustangs removed across the region. It’s an emergency step land managers say is essential to preserving the ecosystem and the horses as a megadrought worsened by climate change grips the region.

“What were seeing here in the West gives some insight into a new norm,” Terry Messmer, a professor at Utah State University who studies wild horse management. 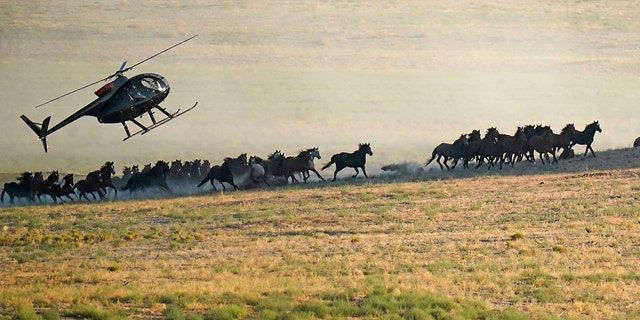 A helicopter pushes wild horses during a roundup on July 16, 2021, near U.S. Army Dugway Proving Ground, Utah. Federal land managers are increasing the number of horses removed from the range this year during an historic drought. They say it’s necessary to protect the parched land and the animals themselves, but wild-horse advocates accuse them of using the conditions as an excuse to move out more of the iconic animals to preserve cattle grazing.
(AP Photo/Rick Bowmer)

The removals are adding fuel to longstanding conflicts with activists for the animals whose beauty and power make them an enduring emblem of the American West. They say the U.S. government is using the drought as an excuse to take out horses in favor of cattle grazing.

Horses that are captured are held in government corrals and pastures mostly in the West and Midwest before they are made available for public adoption. Some also end up being used by law enforcement entities such as the U.S. Border Patrol, or go to prison inmate programs where they are tamed for future use.

Advocates tried unsuccessfully to stop the roundup of Utah’s Onaqui herd, one that’s captured the imagination of Hollywood celebrities and Girl Scout troops alike. Horses in the picturesque and accessible herd are so well known that many have names, like the patriarch “Old Man.” He was left behind in the July roundup, but about 300 other horses were taken to be adopted or kept in captivity for the rest of their lives.

“It’s really unfortunate the Biden administration continues to scapegoat the horses while giving a pass to livestock that have a greater impact on public lands,” said Suzanne Roy, executive director of the American Wild Horse Campaign.

The Bureau of Land Management oversees almost a quarter-billion acres of public land, primarily in the West, and is tasked with managing the wild horse population. It’s planning to remove some 6,000 horses, mostly from Nevada, Oregon, Wyoming and Colorado, by October — a 50% increase from last year. Eventually land managers say they need to cut the number of wild horses by two-thirds to keep things in balance.

“In many places where wild horses and burros roam, virtually no vegetation was produced in the spring and early summer growing seasons,” said Jason Lutterman, spokesman for the National Wild Horse and Burro Program in Reno, Nevada. The Biden administration has announced reforms aimed at ensuring that captured horses put up for adoption do not eventually end up in slaughterhouses, but advocates worry problems could persist as long as the government offers a $1,000 adoption incentive.

Wild-horse advocates acknowledge that lack of forage and water can be an issue in some areas, but they argue removals from the herds like the Onaqui are unnecessary.

“The BLM has a drought trump card, and they use it sometimes when they want to take additional horses off the range,” Greg Hendricks, director of field operations. 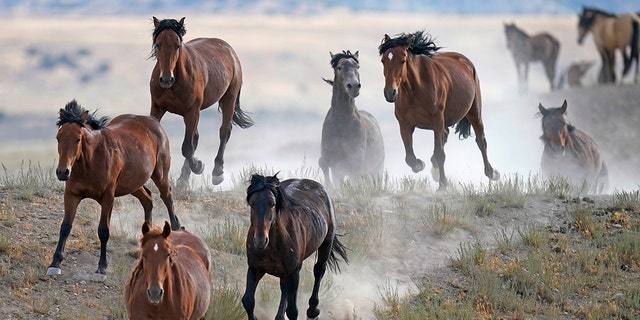 Free-ranging wild horses gallop from a watering trough on July 8, 2021, near U.S. Army Dugway Proving Ground, Utah. Mustangs from this herd were later rounded up as federal land managers increased the number of horses removed from the range during a historic drought. They say it’s necessary to protect the parched land and the animals themselves, but wild-horse advocates accuse them of using the conditions as an excuse to move out more of the iconic animals to preserve cattle grazing.
(AP Photo/Rick Bowmer)

Advocates want to leave the horses on the range and instead administer fertility treatments to limit the size of the herd without roundups that can be costly and tough on the animals. One horse died during the Onaqui roundup. Fertility treatments are used, but require new doses at least annually and can be difficult to administer because they require horses to be tracked down and darted one at a time, Messmer said.

Cattle ranchers, meanwhile, say they’ve made voluntary changes to reduce grazing on federal lands. By hauling water to drought-stricken areas for their livestock, they’ve even helped the horses who drink it too, said Hunter Ihrman, a spokesman for the National Cattlemen’s Beef Association.

The number of sheep and cattle that graze on leased public land is far larger than the number of wild horses, Messmer said. A key difference, though, is that livestock are part of the U.S. economy.

Eventually, land managers want to double the number of removals, a step they say is essential across 10 Western states in the coming years. Wild horses are federally protected, so the plan, if approved by Congress, would increase costs to an annual high of about $360 million.

Without those changes, horses could die of thirst or starvation, they say. Dozens of horses were found dead near a dried-up watering hole in northern Arizona in 2018.

The wild horses now on the plains are largely descended from those brought by Europeans hundreds of years ago. Herds can double in size every four to five years, and when populations grow too high they destroy topsoil, disturb water supplies and eat grass essential to native species like the increasingly rare sage grouse, Messmer said.

In recent weeks, federal land managers have conducted the largest helicopter roundup in Colorado in years, near the border with Utah. Meanwhile, volunteers trying to protect another herd nearby are working with the agency to get water to the horses using tanks, wells and water trucks, said Kathy DeGonia, president of Piceance Mustangs.

The rugged range of the Piceance-East Douglas herd is dotted with oil and gas production, so packed dirt roads make it easier to make water deliveries during the drought. Deliveries could run into November.

“In a perfect world we’d let all of these mustangs stay out there until they die,” she said. “But there’s just not enough food and water to maintain all the horses on the range.”