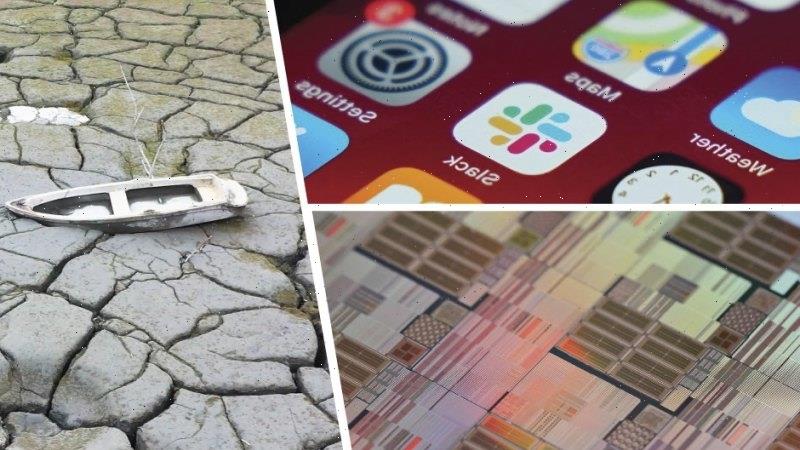 Singapore: The chips that drive your smartphones, laptops and cars need water – lots of water.

This might sound curious – given their propensity to fail after water damage – but this is not your average water. It’s 1000 times purer than regular water. It is used to cleanse these technical marvels of any impurities before they land in your Tesla, iPhone or Samsung Galaxy. 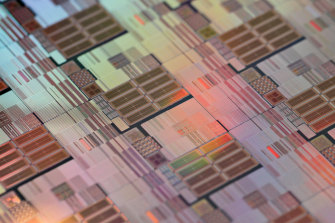 A silicon wafer made by TSMC.Credit:Bloomberg

Right now, the world’s largest manufacturer of these chips, Taiwan’s TSMC, is about to hit a deadline. On Tuesday, if Taiwan has not received more than 100 millimetres of rain in its reservoir catchment, some of the world’s largest semiconductor factories will have to scale back water consumption.

“The rain is simply not enough to support the ongoing growth of the industry,” said Natixis Asia Pacific economist Gary Ng.

“If this situation continues, and if it reaches a stage where the water supply is actually affecting TSMC’s production, I think it will have a spillover effect in the world.”

Taiwan’s worst drought in more than half a century began last year. The mostly subtropical island expects typhoons between June and October, but in 2020 they didn’t come. It relies on its wet season to fill its water reservoirs. Usually, it gets 2500 mm a year. Last year, some parts of the island only got 20 per cent of their usual fill. 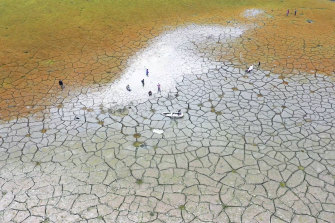 To purify its chips, TSMC needs 156 million litres of water a day. It has established water recycling methods to manage supply risk but, as Ng says, it is limited in its ability to expand production at an unprecedented time of demand. TSMC was contacted for comment.

There were more than 1 trillion semiconductor chips delivered around the world last year. Relative to the proportion of the population that buys consumer electronics, that’s more than 300 chips produced per person each year.

These tiny chips, made from silicon, refined by robots, purified in water and locked in filtered air, are essentially networks of switches that allow different parts of everyday devices to communicate. They are made in factories that are so brutally competitive and with capital costs so high that they must run 24 hours a day.

Few companies have the appetite to stump up the estimated $25 billion it costs to build one of the world’s top chip factories. Fewer still are ready to wear the costs of being superseded by competitors.

The result is one of the most highly concentrated industries in the world. Right now that $645 billion industry is centred on Taiwan – a place threatened not only by drought and climate change but also by its superpower neighbour China. To make matters more complicated, supply chains have been severely disrupted by a COVID-19 pandemic that has kept people in lockdown and driven demand for consumer electronics.

The effects are already flowing through to Australia’s shops. The Motor Trades Association of Australia said in March that delays for some car models could stretch to six months.

“Extreme shortages in semiconductors have weighed on global auto output,” he added.

JB Hi-Fi warned consumers in February that there would be stock shortages of TVs for the foreseeable future, while Sony and Microsoft have scaled back production of gaming consoles.

Ng said in the short term, the industry faces a perfect storm of threats. “This chip shortage could basically derail the global recovery path,” he said.

“But the big fear is, of course, that a range of factors related to the pandemic will eventually trigger broad-based price rises,” he said. “These include higher input costs as a result of surging commodity prices, sky-high shipping costs and shortages of key supplies such as semiconductors.”

If Taiwan can manage to sustain its production, get through the drought and get its current COVID-19 outbreak under control, then its post-COVID economic outlook is strong. The demand for its key export shows no signs of abating, driven by strong global demand for those precious chips fuelled by remote working, 5G deployment and high-performance computing. Exports rose by almost 40 per cent in April. 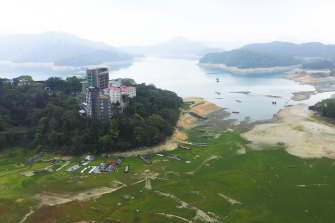 Zhudong Township Secretary Tao Geng-sheng told CNA in April that such mass deaths had never happened before in the Zhongxing River – 1600 kilograms of dead fish had just washed ashore.

As farmers watch their pastures dry up and households reduce their water consumption, international investors are also watching.

Global ratings agency Fitch said on May 4 that Taiwan’s extended drought showed how water stress and changing precipitation patterns could emerge as financial risks – highlighting the stark choice governments may have to make in rationing water between households and industry.