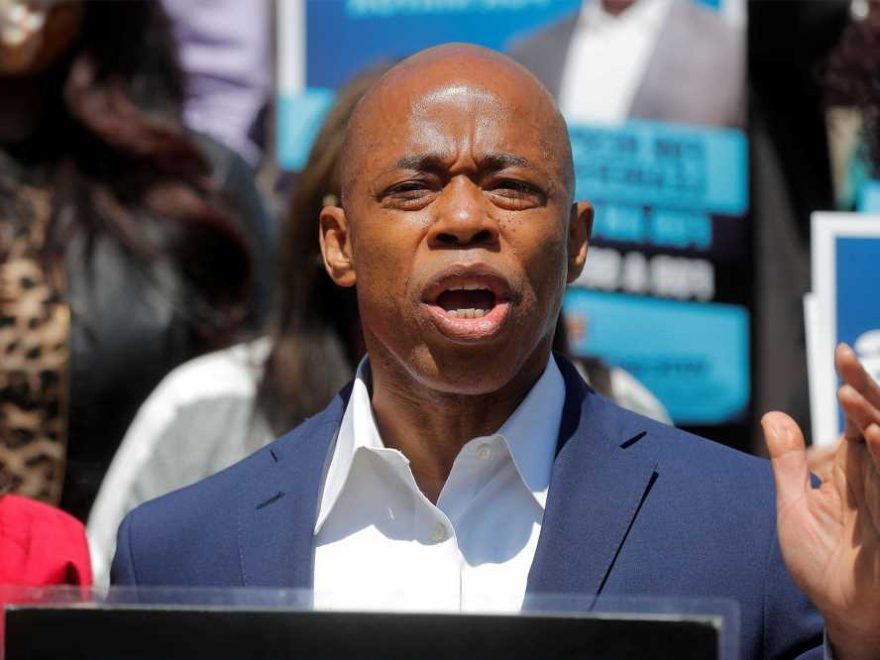 Andrew Yang’s clueless plan to take over the NYC subway

People need to trust vaccines — not be bribed to get them

Data proves it: Pandemic is no excuse for NYC's rising tide of violent crime

A group called US Term Limits is upset that Eric Adams, alone among the mayoral candidates, won’t take its pledge to protect New York City’s eight-year term-limit law. Come to think of it, though, 30 years (sort of) of term limits ­haven’t ushered in an era of ­enlightened government by the common man.

Gotham got term limits ­because of another good-government scourge: money in politics. In 1993 and 1996, cosmetics heir Ronald Lauder spent $4 million on two referendums to limit the mayor and other city officials to two four-year terms.

The voters approved both by large margins. Term limits are one of those “reforms” that people like — “throw the bums out” and all that — but that doesn’t really fix anything.

What is the problem we’re trying to solve?

Term limits for the US presidency make some sense, to avoid the risk of someone using the trappings of the office to become dictator for life.

Yet there is no risk of someone becoming tin-pot mayor for life in the Big Apple. Before New York got term limits, no mayor had ever served more than 12 years. Fiorello ­LaGuardia, Robert Wagner and Ed Koch all had that honor.

Twelve years tends to exhaust anyone as mayor — but also exhausts the voters. Koch tried for a fourth term but had worn out his welcome. His successor, ­David Dinkins, wore out his welcome after one term, no term-limits law needed.

Mike Bloomberg, too, scored a third term, thanks to a City Council maneuver that allowed an exception to Lauder’s rule. Ironically, Lauder himself ­favored this special treatment. In 2008, with the national economy in crisis, Lauder said, “I could support the idea of a third term,” because “the city might go bankrupt” without Bloomberg at the helm: How democratic is this constraint if its biggest champion can break a rule among friends?

Bloomberg served his third term, and can anyone say the city is worse off for it? He then went on his merry way.

If Mayor de Blasio, with his 28 percent favorability rating, had been allowed another emergency exemption to make a try for 12 years, he would almost certainly lose — no term limits needed.

One argument for term limits is that they push out sclerotic old incumbents in favor of fresh, young — and more diverse — faces.

But there are no term limits at the state and federal levels, and still, no one has a sinecure.

In 2019, AOC beat Rep. Joe Crowley, in Congress for 20 years. She won the old-fashioned way: enthusiastic door-to-door campaigning. The state Legislature is full of new people like Sen. Jessica Ramos and ­Assemblywoman Jenifer Rajkumar, who won office by beating incumbents.

On the other hand, Assemblyman Dick Gottfried has represented the West Side for 50 years. But what’s the compelling reason to oust him?

Another goal of term limits is to encourage “regular people” to run for office. If no one can serve more than eight years, we won’t have a permanent political class, the reasoning goes.

It’s nice to think that doctors, grocery-store managers and computer programmers would feel the bug of democracy, run for office, get a few enlightened bills passed and go back to doctoring and programming.

Instead, we have musical chairs. Offices such as public ­advocate and borough president exist for no other reason but serve as a place for people termed out of other jobs. Vying for Manhattan beep right now are two termed-out councilmen, Ben Kallos and Mark Levine.

Plus, changing the faces in City Hall once in a while doesn’t fix the politically dependent class. There is no eight-year term limit on being a lobbyist for a shady homeless-services contractor, or being a union leader protecting government jobs, or being a real-estate developer who wants special zoning.

Term limits only ensure the rest of the players know more about how the city works than the elected officials, who are well aware that if they can’t find a new musical chair, they will need a job among the politically dependent class soon enough.

Adams is right not to sign a mindless pledge. The next mayor should merit one term or three depending on his or her performance in office.

Nicole Gelinas is a contributing editor of City Journal.