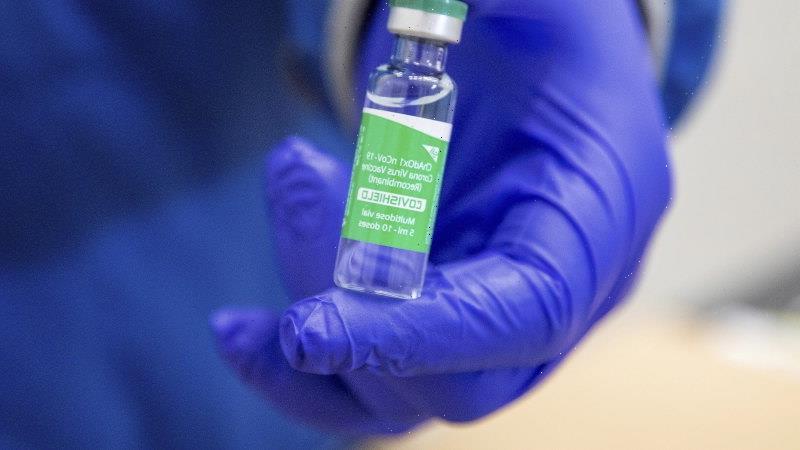 On the opening day of the Wimbledon tennis tournament this week, one of the British scientists behind the Oxford-AstraZeneca vaccine, Dame Sarah Gilbert, received a warm and sustained standing ovation from her seat in the Royal Box. In Australia, when Tennis Australia president Jayne Hrdlicka mentioned the coming vaccinations in February, the crowd booed.

AstraZeneca was to be the backbone of Australia’s vaccine program. The federal government contracted 53 million doses, most made onshore, making it cheap and available. But less than a year later, frequent disruptions to the vaccine program and changes to clinical advice around AstraZeneca, have left it the poor cousin of Australia’s vaccine effort.

Doctors are worried their excess supply of doses will expire in the fridge. State run clinics are full of empty chairs and thousands of people are avoiding AstraZeneca and waiting until Pfizer doses arrive. 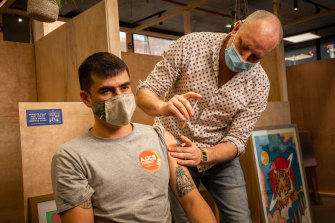 “We have really shot this vaccine in the foot and having to rewind all that damage is extremely difficult,” University of Melbourne vaccine expert Fiona Russell said.

“Unfortunately, all we’ve heard in Australia up until now really is how bad AstraZeneca is in terms of these very rare side effects. Of course, these rare side effects are very serious, but what has been sadly lost in all of that is just how effective and worthwhile this vaccine is.”

“People need clarity, consistency and information they can understand.”

Professor Tony Cunningham, infectious diseases physician at the Westmead Institute for Medical Research, said AstraZeneca’s efficacy against severe disease and death made it “an outstanding vaccine”.

While the debate this week has centred on whether or not younger people (under 40) should get AstraZeneca, one-third of elderly Victorians and almost half of over-50s still have not been immunised against coronavirus. Professor Cunningham said older people must balance the small risk of developing complications against the “really rapid rise in likelihood of death if you do get COVID over the age of 60”.

“If you were in the UK or Thailand during a significant wave of the virus you wouldn’t hesitate to get the vaccine because the risk changes greatly,” Professor Cunningham said. “New Guinea hasn’t complained about getting AstraZeneca. I don’t think Pacific nations will either.”

With Pfizer, AstraZeneca is doing the heavy lifting in the UK’s vaccine program, though it’s not recommended there for people under 40. So what has gone wrong in Australia? 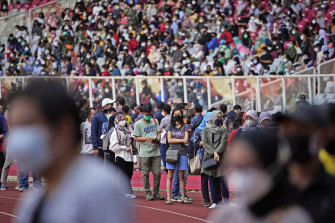 People line up to get vaccinated at the Gelora Bung Karno Main Stadium in Jakarta, Indonesia.Credit:AP

Some experts say Australia has been a victim of its own success in radically suppressing the virus through lockdowns, closed borders and hotel quarantine. No community transmission of the virus when the vaccine program began in February meant Australia had the choice to take a far more cautious approach in limiting the age for AstraZeneca, compared to places such as United Kingdom where the virus was raging.

“If you frame [the side-effects] against the disease and risk when there is no COVID disease in the community it’s hard for people to accept death and long term impact from a really severe, but rare, clotting syndrome,” Murdoch Children’s Research Institute vaccine expert Margie Danchin said.

There have been 64 cases in Australia linked to AstraZeneca of the rare but serious complication called thrombosis (blood clots) with thrombocytopenia (low platelets) from more than four million doses – a risk of about 2.7 clotting incidents from 100,000 doses. Of those who get a clot, the percentage of people who die from it is between 2.4 and 3.2 per cent. In Australia, two people, both under 60, have died from clots compared to 20 coronavirus deaths in the same age range. The total risk of dying from blood clots is one in 2 million.

Earlier this month, the federal Health Minister’s top immunisation advisers, Australian Technical Advisory Group on Immunisation, limited the AstraZeneca vaccine to over-60s due to a concerning number and severity of non-fatal cases of a blood clotting condition in people in their 50s.

Doctors say they now confident they can detect and treat the rare blood clotting syndrome associated with AstraZeneca, however, ATAGI noted the rare complication was more apparent in the 50 to 59 age group that the cases had tended to be a bit more severe.

For some, the personal risk-reward ratio has begun to shift in favour of AstraZeneca. More than 18 months into the pandemic, according to Professor Danchin, people are “starting to say ‘I’ve lost my job, my livelihood and I can’t bear the fact that I can’t see my family overseas’. They are taking a much broader view of the benefit of getting vaccinated.”

Beyond the medical risk, some experts say AstraZeneca’s position in people’s minds has been sullied and confused by the chopping and changing in advice. Australia’s Immunisation Coalition and University of Sydney vaccine and infectious diseases expert Robert Booy said “people need clarity, consistency and information they can understand”and a poorly executed communication campaign and frequently changing advice had fuelled hesitancy.

That was compounded this week when the government failed to consult with top medical bodies, including the Australian Medical Association and doctors, before Prime Minister Scott Morrison made a snap announcement that any adult who wants the AstraZeneca jab will be allowed to have it. Then Health Minister Greg Hunt, as well as the AMA, appeared to try to walk that back again.

“We are now in a very dangerous position with more coronavirus in the world than ever before and extremely low vaccination rates and yet we have ample amounts of the AstraZeneca vaccine,” Professor Booy said.

ATAGI’s own advice has changed twice, becoming more conservative. It is that Pfizer is the preferred vaccine for everyone under 60. ATAGI advises against younger Australians receiving AstraZeneca “unless their circumstances press for that”, including if Pfizer is unavailable, the benefits outweigh the risks for that individual and they have given informed consent. Co-chair Professor Christopher Blyth said the advice could change again if, say, the Delta variant meant there a sudden increase in the number and severity of COVID cases.

“We’re in the middle of a pandemic … [and] if we didn’t have the capacity to modify our recommendations based on risk … that would not be a good thing for this country,” Professor Blyth said.

Professor Cunningham said the current level of scrutiny on vaccine trials and safety in this pandemic was unheard of.

“Almost all vaccines will have some sort of rare side effect because of the genetic makeup of human-beings and the possibility that you can end up with adverse responses from the immune system is incredibly rare.”

He says now we need to “reframe the risk benefit comparison”, casting our minds back only a year to when Victoria’s second wave was in full flush.

“If we had nothing other than AZ last year when we were thinking about this a year ago we’d be very happy.”