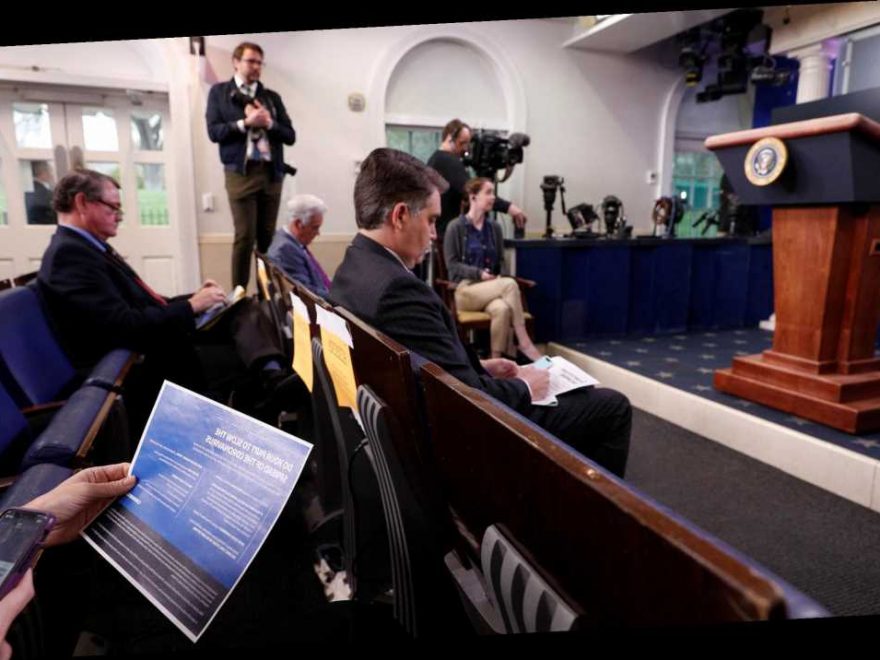 WASHINGTON — The White House is imposing a new $170 COVID-19 testing fee on reporters who want to access the West Wing, in what critics say is the latest step that constrains press coverage of President Biden.

The Biden administration already imposed sweeping restrictions, including capping at 80 the number of pre-approved journalists who are able to access White House grounds on a given day — each of whom must take a COVID-19 rapid test before 1 p.m.

Under former President Donald Trump, any reporter with a “hard pass” was able to breeze past the White House gates at any time and without taking a coronavirus test. But few abused the privilege due to peer pressure to limit visits.

The latest restrictions were announced in an on-the-record email from White House Correspondents’ Association President Zeke Miller, who is a reporter for The Associated Press.

“The White House has informed us that it has determined that budgetary constraints limit the government’s ability to provide the daily COVID-19 testing that the White House has required for journalists on campus,” Miller wrote.

“After all the steps we as a press corps have taken to abide by the new health and safety protocols, we share your frustration that these procedures are changing yet again.”

Miller wrote that the correspondents’ association believes it’s wrong to charge reporters for access. Even during the pandemic, reporters at the White House can confront spokespeople with questions, cover driveway press conferences with officials and work from desks that media organizations pay to maintain behind the briefing room.

“It is, of course, well-established that news organizations pay for reporters’ use of certain resources, like seats on government planes or the meals journalists are served while in pool holds. But it is our belief that the establishment of the unique security infrastructure that surrounds the White House, to include this new daily testing requirement, should fall on the government, not journalists working to inform the public,” Miller wrote.

“The WHCA has expressed the fear that the cost could be prohibitive for some journalists covering the White House, which may ultimately harm the public’s right to know.”

The White House won’t impose fees on reporters who are in the presidential or vice presidential “pools” that relay news from live events, or for journalists whose outlets have a seat at a press briefing that day.

The new fee is likely to have the biggest impact on TV crews, who make up much of the 80-person press contingent allowed every day, and the small handful of print reporters who win a “lottery” to access the White House grounds on a given day.

Some outside tests will be allowed if it’s determined they meet White House standards.

Even though the testing rules are strict, Biden White House protocols aren’t foolproof. After taking a rapid test outside the front gates, reporters immediately walk into the West Wing before the results are known. On Wednesday a reporter tested positive, but the results weren’t known until they potentially contaminated inside spaces — requiring a cleaning crew in hazmat suits.

For the Trump White House, COVID-19 tests were only required for pool reporters likely to come into close contact with the president or reporters headed to the Oval Office for interviews. Reporters who attended Trump’s lengthy White House briefing room events generally were not tested for the virus.