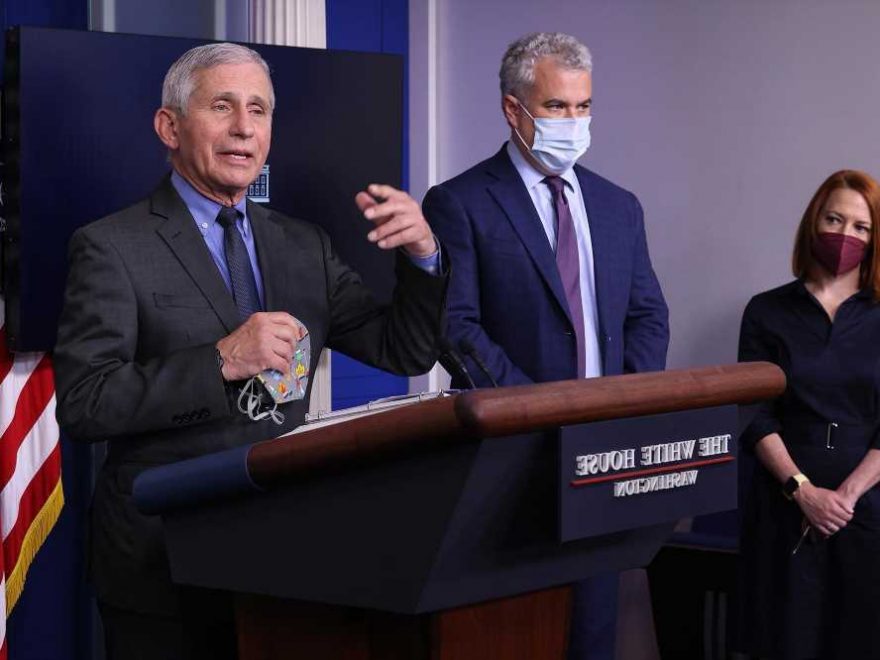 Johnson & Johnson halts rollout of vaccine in Europe amid US pause

Scheduled for a J&J vaccine in NY today? Here’s what you need to know

The White House didn’t learn that federal health officials were going to recommend the Johnson & Johnson vaccine be pulled from use until Tuesday morning — along with the rest of the country, the administration claimed.

“We were notified last night that there would be an announcement this morning,” Jeff Zients, President Biden’s point man for the country’s response to the coronavirus, told reporters at a press briefing.

“There was not heads up here” on what the announcement by the FDA and CDC would be, Zients said.

Dr. Anthony Fauci, the government’s top infectious diseases doctor, stressed to reporters that the risk of a potential blood clot from the vaccine was “less than 1 in a million” — but insisted that the two federal agencies were still appropriately cautious in yanking the immunization when they did.

“I don’t think it was pulling the trigger too quickly,” he said of the move to recommend a “pause” on the J&J shot’s distribution.

“You want to make sure that safety is the important issue here. We are totally aware that is a very rare event. We want to get this worked out as quickly as we can,” Fauci said.

“I think this is an unusual occurrence of a serious adverse event that you want to make sure before you go forward, you want to investigate thoroughly.”

Neither of the other two coronavirus vaccines on the US market, Pfizer and Moderna, have had similar “red flags,” Fauci noted.

The White House announced Tuesday after the FDA and CDC recommendation that it was halting use of the Johnson & Johnson vaccine at federal sites. A slew of states and cities have already followed suit at their facilities, including New York and the Big Apple.

Nearly 7 million Americans have received the J&J vaccine to date.

Six women out of that number developed the dangerous blood clot, including one who died.

Fauci said the women got the clots between six and 13 days after being vaccinated. They were between the ages of 18 and 48.

Zients said the government has enough of a supply of Pfizer and Moderna vaccines to make up for the tens of millions of Johnson & Johnson immunizations it has been scheduled to receive and dole out.