A CRIMINAL investigation has been opened after a civil rights lawyer publicized a cell phone video of an April 2019 traffic stop that ended in the Black driver being placed in a chokehold by a white cop.

Attorney, Joshua Erlich posted the video on Twitter Monday, in it he identifies his client as Derrick Thompson being “terrorized and assaulted” by Virginia State Trooper Charles Hewitt. 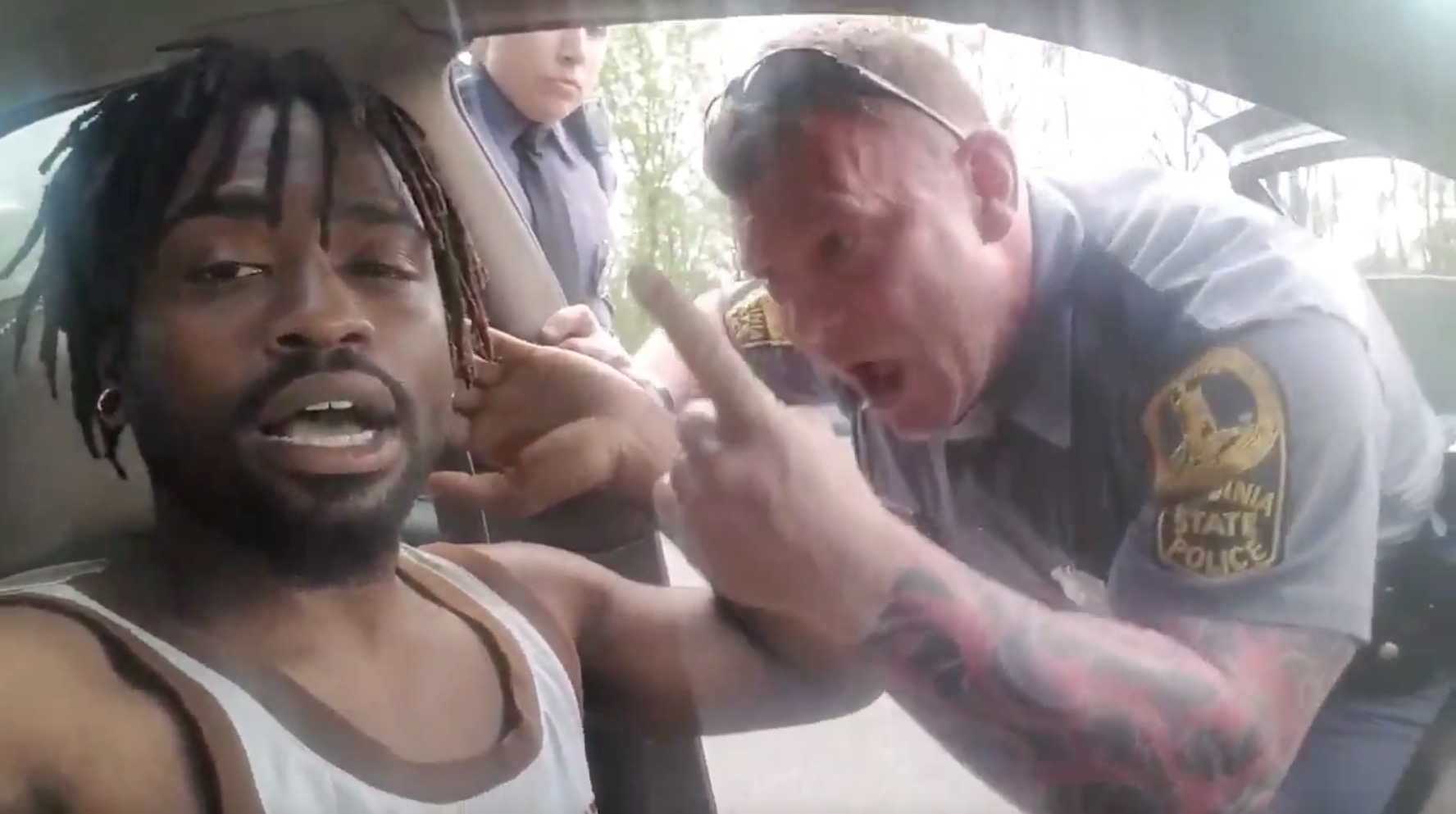 “In April 2019, Derrick Thompson was driving to work when [Virginia State Trooper Charles Hewitt] terrorized and assaulted him,” Erlich writes.

“You can hear Derrick plead ‘Please get off my neck’ as Hewitt beats him. But Hewitt is shouting, ‘How do you like that motherf***er’ as he assaults Derrick. Thankfully, Derrick survived.”

Also in the thread, Erlich says his office sent a letter to Attorney General of the Commonwealth Mark Herring regarding the video.

The video, taken by Thompson, shows three troopers, two at the driver’s side door and one at the passenger side door. 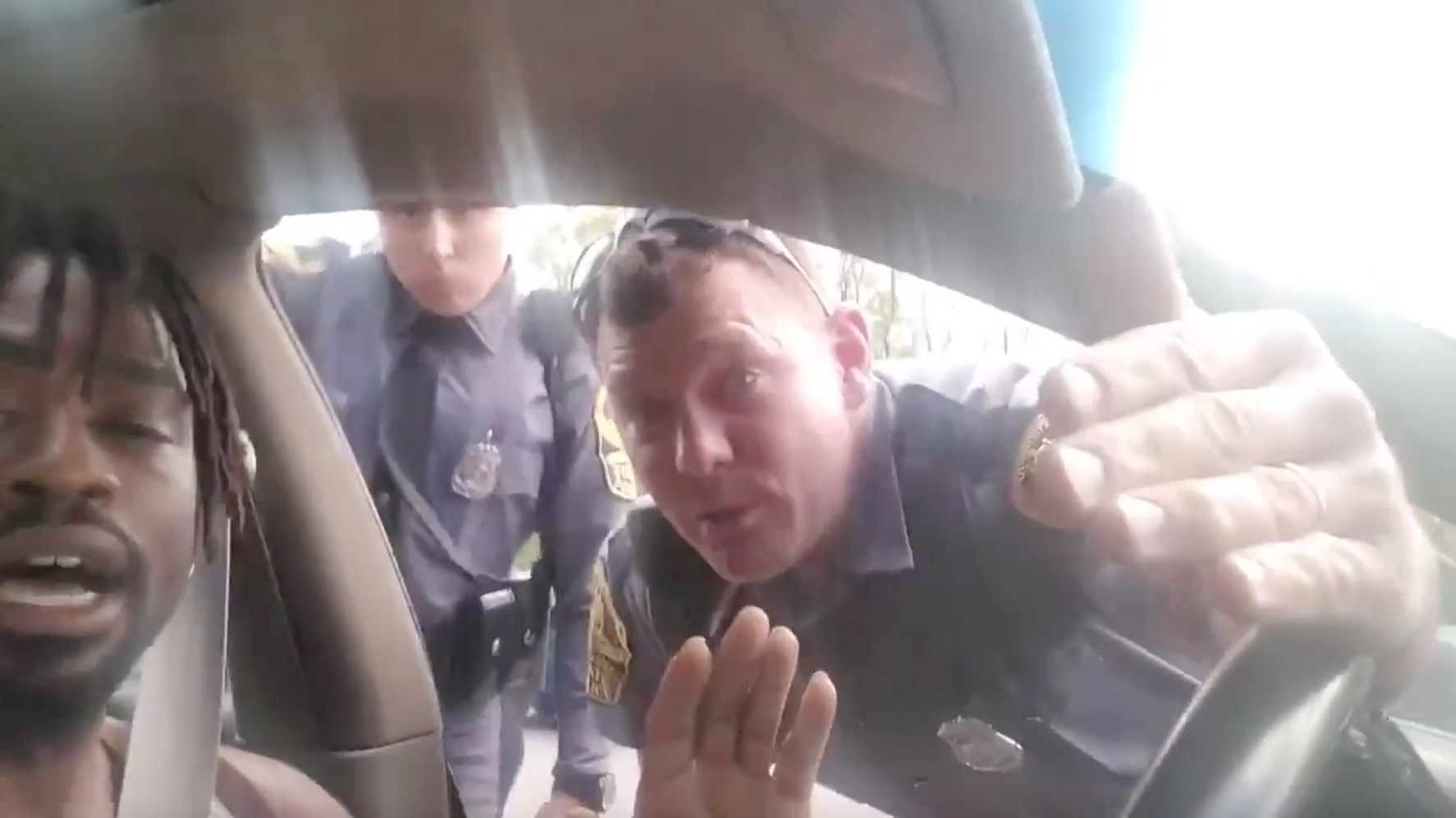 “You’re going to get your ass whooped in front of f**king Lord and all creation,” Hewitt can be heard telling Thompson in the video.

“I’m giving you to the count of three, one, two, watch the show,” Hewitt says to the camera as he proceeds to placing Thompson in a chokehold and dragging him out the car.

On Wednesday, the Virginia State Police released a statement, “Upon receipt of the July 13, 2020 social media post featuring cell phone video taken during a traffic stop from April 20, 2019 in Fairfax County.

“The Virginia State Police has initiated a criminal investigation into the matter. Prior to this week, state police had not received any complaints concerning this incident or any of the individuals involved,” the statement read.

According to the Virginia State Police, Hewitt has been placed on administrative leave pending the outcome of the investigation, which will be turned over to the Commonwealth’s Attorney for final review and adjudication of the matter. 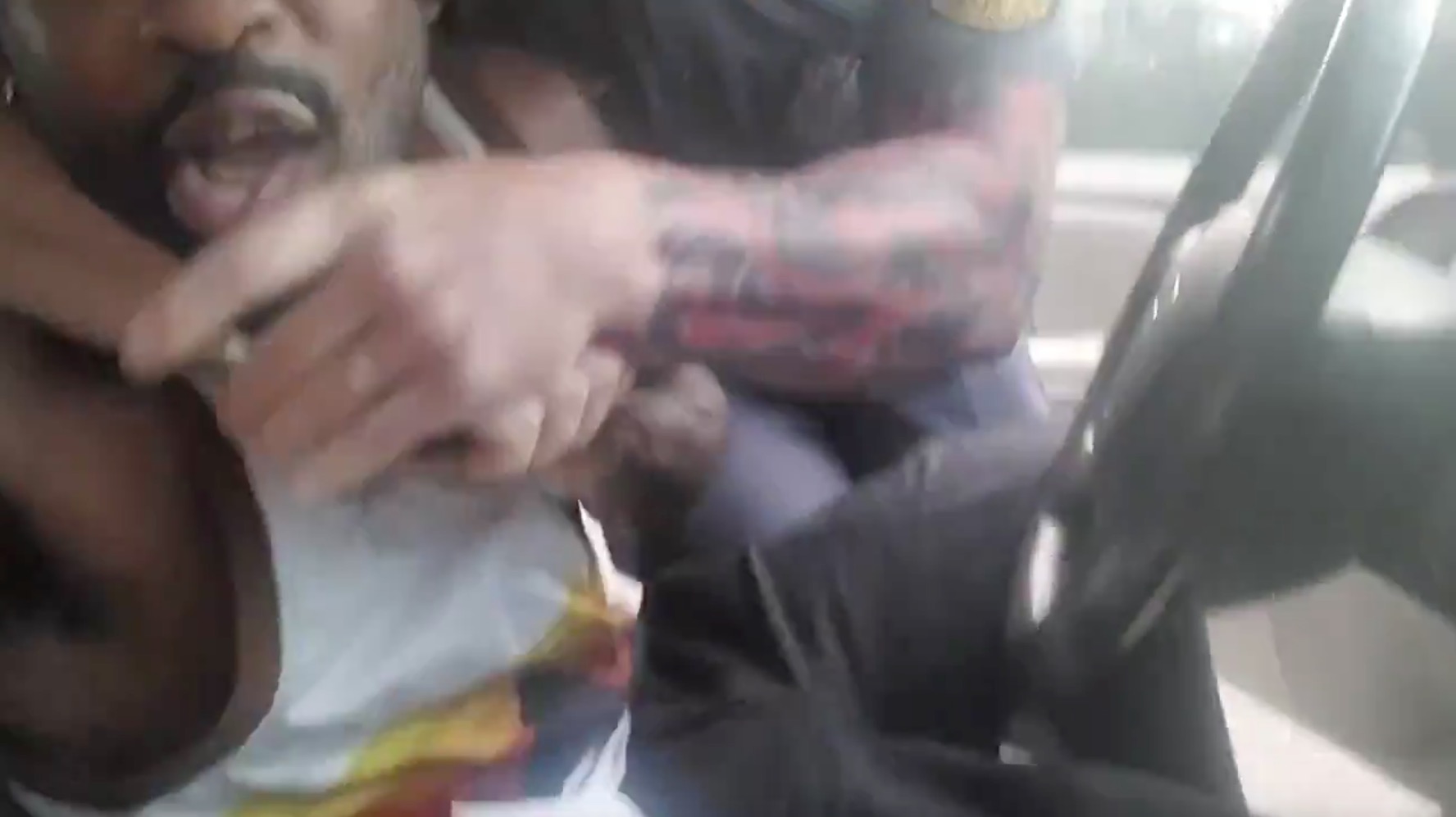 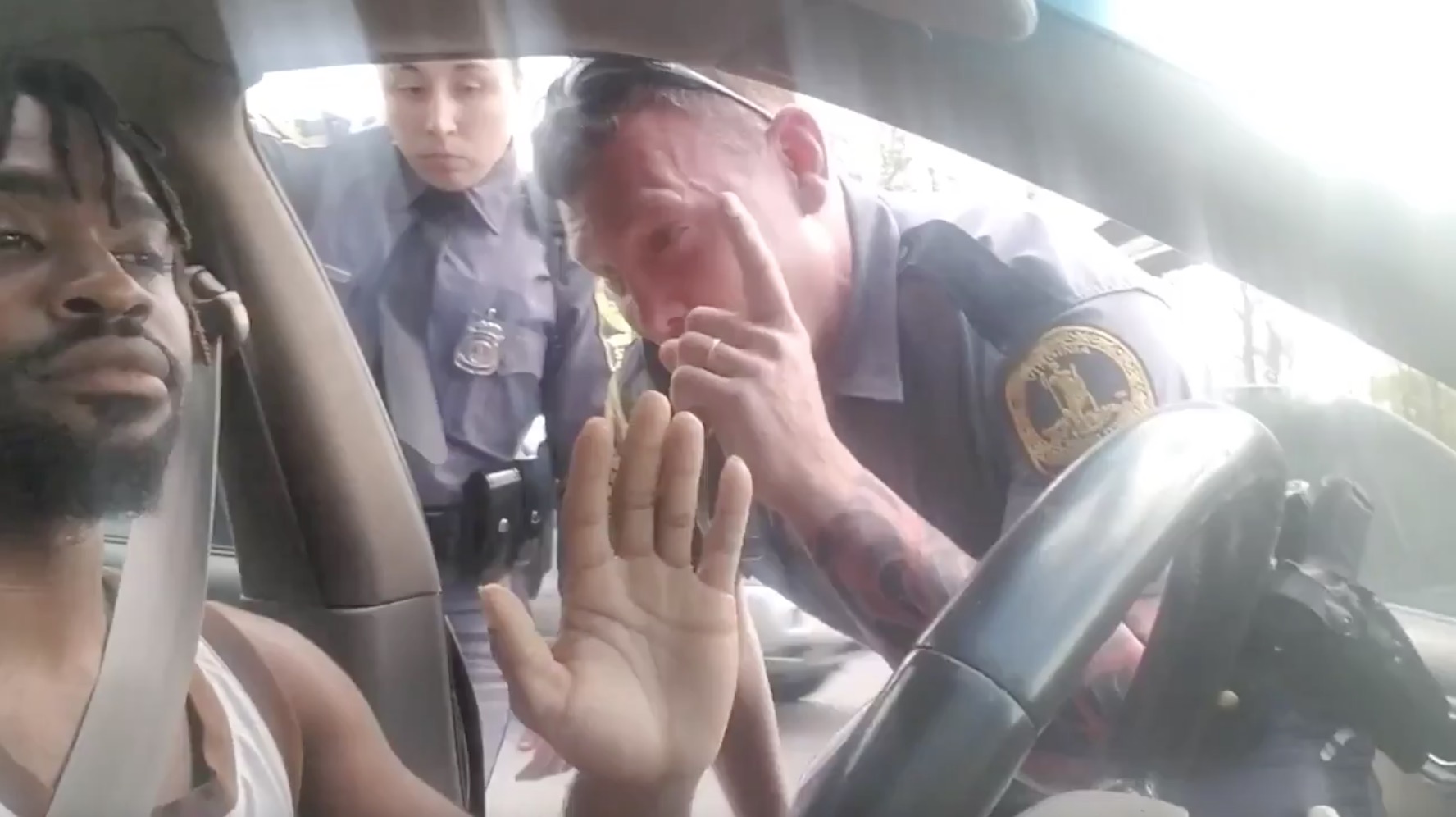 Colonel Gary T. Settle, state police Superintendent, commented on the two-minute video, “The conduct displayed by Trooper Hewitt during the course of the traffic stop is not in agreement with the established standards of conduct required of a Virginia trooper.

“Nor is it characteristic of the service provided daily across the Commonwealth of Virginia of Virginia State Police personnel,” said Settle in a statement Wednesday.

The statement also provided context on the reason behind the traffic stop, claiming Thompson was driving with a suspended license.

“The trooper also detected a strong odor of marijuana coming from inside Thompson’s car. Additional troopers responded to assist the trooper with the traffic stop. Thompson refused to comply with the trooper’s repeated requests to exit his vehicle,” the statement read.

“Approximately 10 minutes later, Trooper Hewitt informed Thompson that he was under arrest. Thompson still refused to exit his vehicle. Thompson was then forcible removed from the vehicle and taken into custody.”

According to the details provided in the statement, Thompson was transported to the Fairfax County Adult Detention Center and underwent a medical evaluation for a minor abrasion to his forehead.