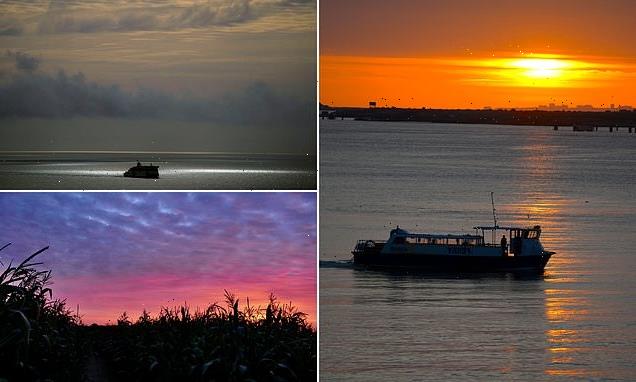 What happened to summer? Temperatures set to climb to 77F this weekend – but the rest of August could be a washout with heavy showers on the way AGAIN next week

Britons can look forward to a warm sunny weekend as temperatures rise to 78F (26C) – but it could be blustery for those in the north, forecasters have revealed.

The mercury will stay at around 71F (22C) for most of the weekend with temperatures rising slightly higher in the south east amid dry weather.

It comes after the Met Office warned the searing 86F heatwaves we experienced last month are unlikely to take place for the rest of August.

Earlier this week, scores of sunseekers flocked to parks and beaches as the UK enjoyed highs of 77F amid the promise of a good spell of summery weather after parts of the country were battered by heavy rain.

But yesterday forecasters at the Met Office dampened spirits as they predicted conditions will settle down in the coming days, with no sign of scorching temperatures ahead in a blow to holidaymakers.

Yet the weekend will offer signs of hope for desperate Britons wanting to get away to the coast while travelling abroad is more difficult because of coronavirus.

On today’s weather, a spokesman for the Met Office said: ‘There will be plenty of dry weather in the east with some good sunny spells. Feeling warm at times here out of the brisk wind.’ 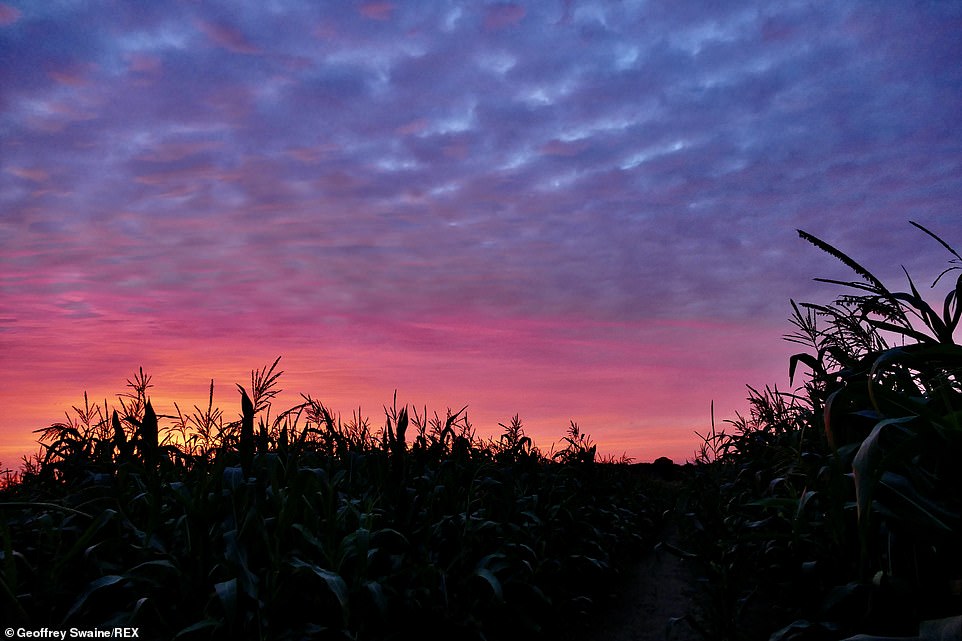 Spectacularly coloured skies over the farmer’s corn fields at day break in Dunsden, Oxfordshire, on Friday 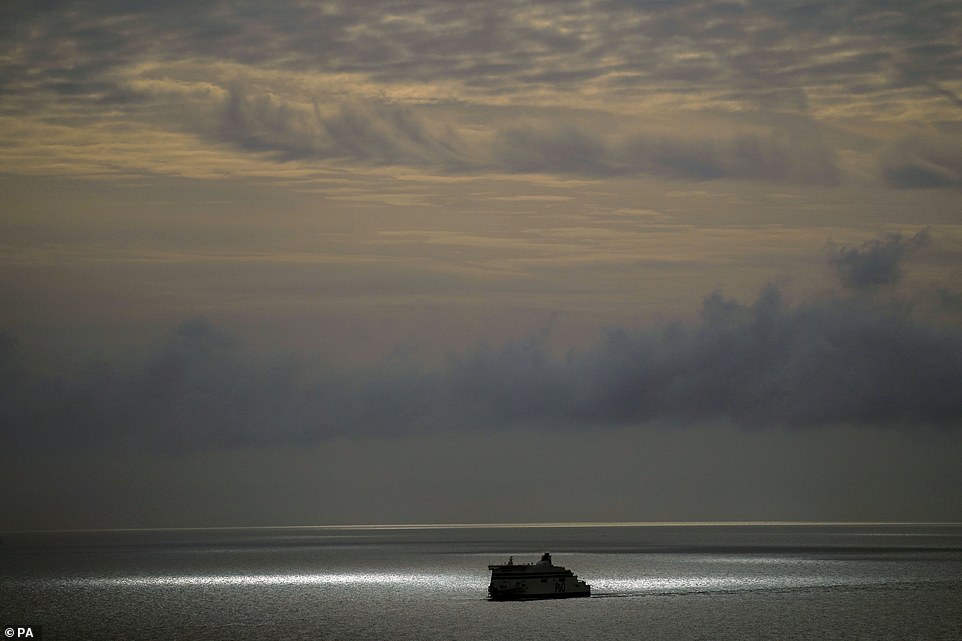 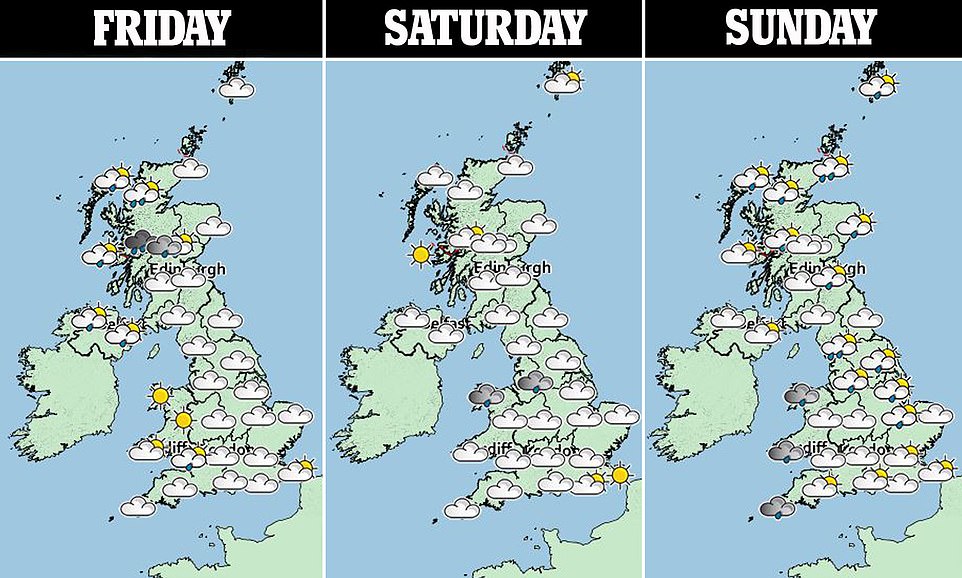 But the west and northwest won’t be so lucky, with ‘heavy and blustery’ showers expected in Scotland and northern England today.

A spokesman told MailOnline temperatures could reach 25C (77F) but the country will not be hit by another heatwave over the course of next week.

‘It’s looking more 22C for widespread temperature for the southeast. That’s probably warmer than Sunday. On Sunday, again you might see 23/24C for London. Probably a degree down depending on where you are.’

‘For a heatwave you need three days over a set temperature and it depends where you are in the country so away from the south and southeast its 25C over three consecutive days. London is 28C over three days. We’re not going to reach that. It will be a warmer day tomorrow and there might be some breaks in the cloud depending on where you are.’

She said next week would see average temperatures with ‘not a lot happening’. She added: ‘It’s a mixture of sunshine and clouds and showers and drizzle so Monday  will see breezy sunny spells.

‘East is most likely to have heavy showers and blustery wind. Tuesday it will be brighter with sunny spells in south and east with increasing amounts of cloud. A few spots of rain here and there but staying dry for a great portion of the day. That will continue through the week. What changes is cloud amount and length of sunny spells.’

Yesterday, Met Office spokesman Graham Madge said: ‘Do not expect to see heatwave conditions, but dry, sunny spells for many. August has essentially been a case of mixed fortune with some areas seeing drier weather than usual, while others have virtually had a whole month of rainfall in just 10 days.

‘We’re not expecting to see record-breaking weather, as there have certainly been wetter Augusts in the past but many areas have faced a very wet and intense period of rain.’ 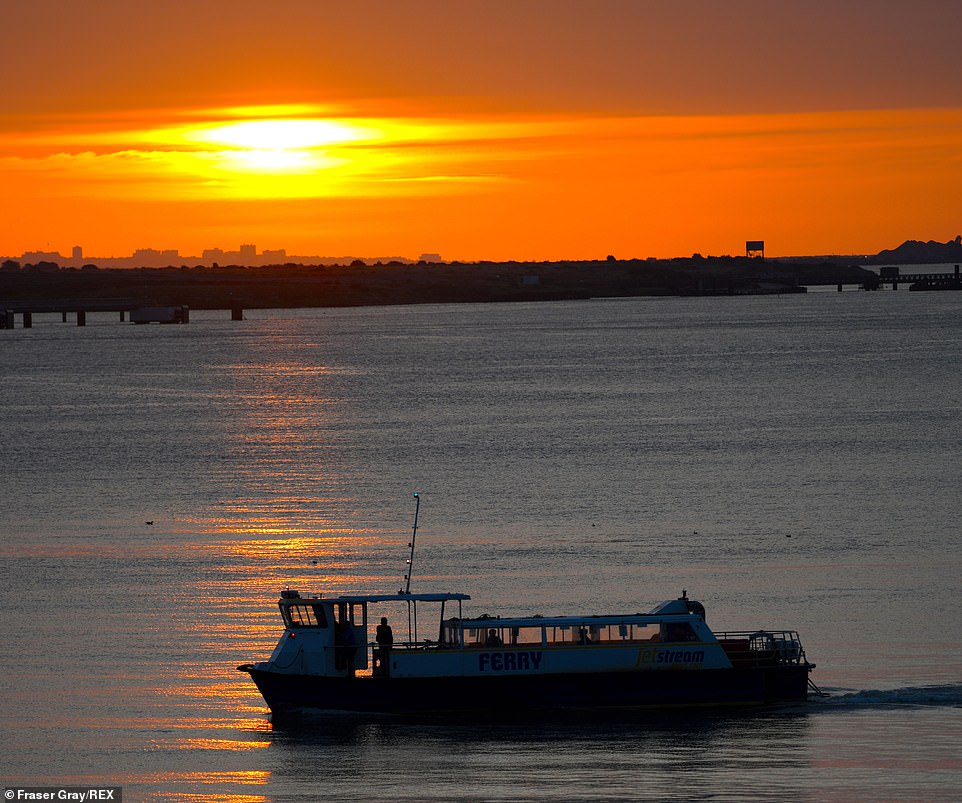 Meanwhile the Met Office said tomorrow would see ‘showers for Scotland but lighter than on previous days’. It added: ‘There will be cloud and rain in the southwest moving a little north then brightening up behind but it will be mostly dry with some sunshine in east.’

During the first 10 days of August, Britons endured heavy rainfall and lightning storms – with extreme weather patterns including flooding and wildfires fast becoming the norm both in the UK and Continental Europe.

Meanwhile, holidaymakers were left shocked after seeing sand dunes on fire in the Welsh seaside resort of Borth in Ceredigion, with firefighters racing to the blaze at a local golf course.

And in Europe, an Alicante resort was hit by a freak ‘mini-tsunami’ caused by a blowtorch Saharan heat surge that is expected to send temperatures in Spain soaring to a blistering 117F.