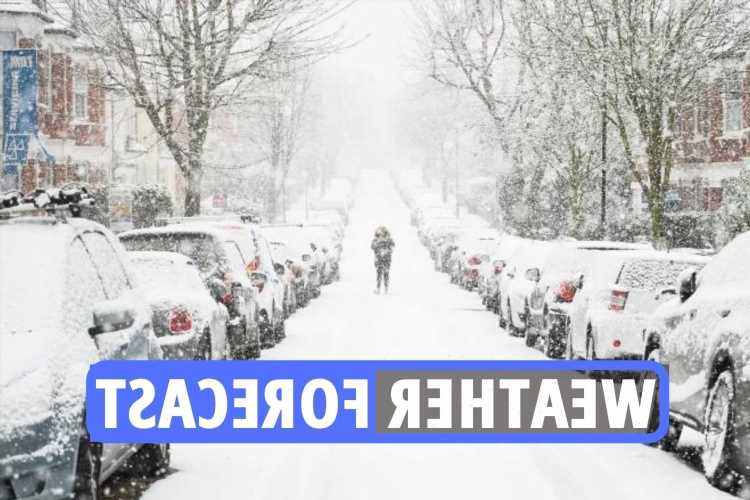 BRITAIN is bracing for an “Arctic plunge” as a ten-day chill is set to sweep through the country from today.

Snow is forecast up and down the UK with the cold creeping in over the weekend which comes with lows of -7C. Lows of -7C are expected later next week when ice and frost start to sweep across the country.

Meanwhile, the Met Office has said shots of Arctic air will hit our shores this week – "meaning much colder and wetter weather".

The weather agency tweeted: "Are you noticing the change in temperature? Several shots of Arctic air are on the way to the UK later this week as the jet stream dips southwards bringing much #colder and wetter weather.

"Strong #winds may bring some disruption by the weekend with #snow possible in places."

Read our weather live blog for the latest forecasts and updates…