The blasts in the Afghan capital saw at least a dozen Marines and a Navy medic killed, marking America’s deadliest day in the war-torn country for ten years. 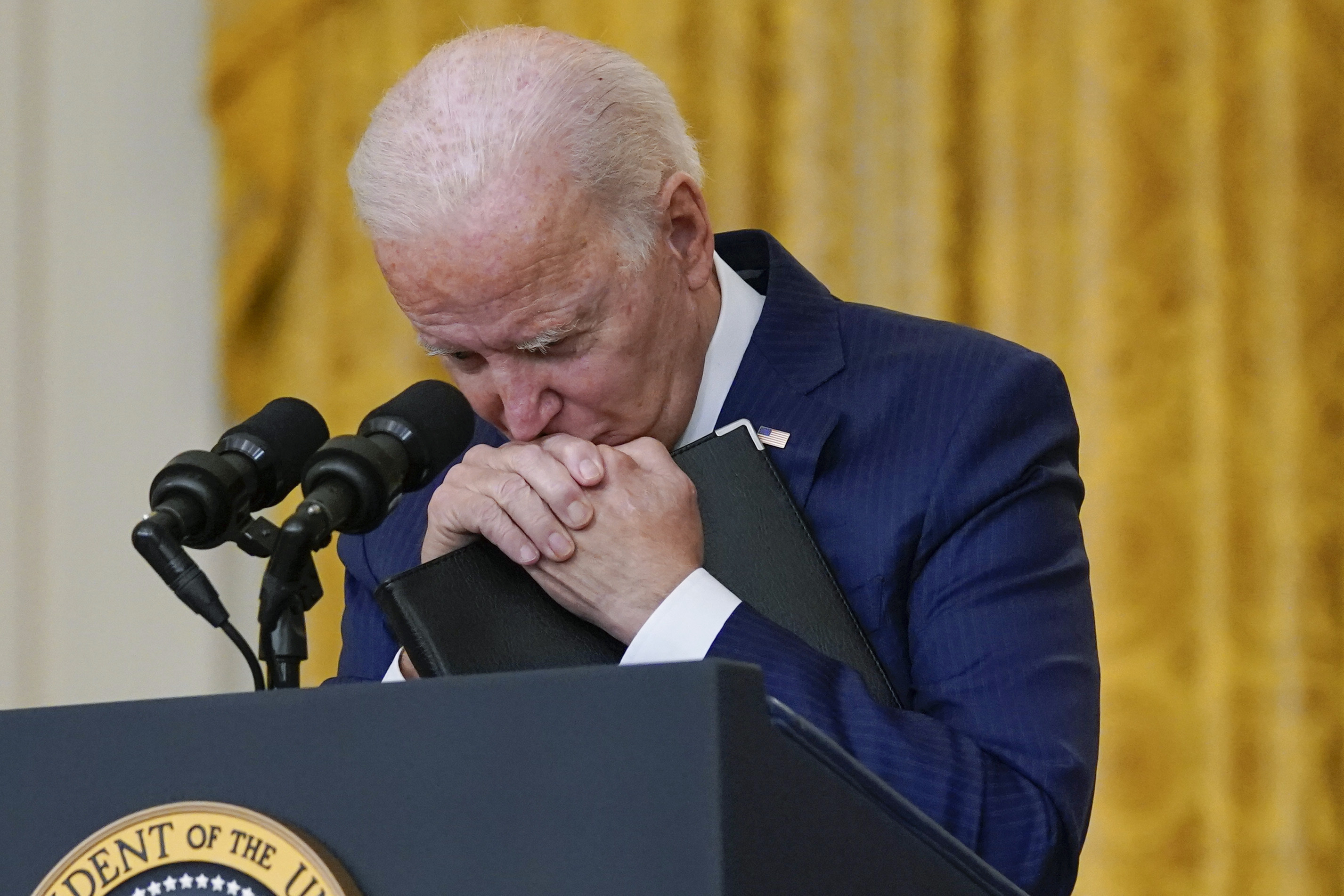 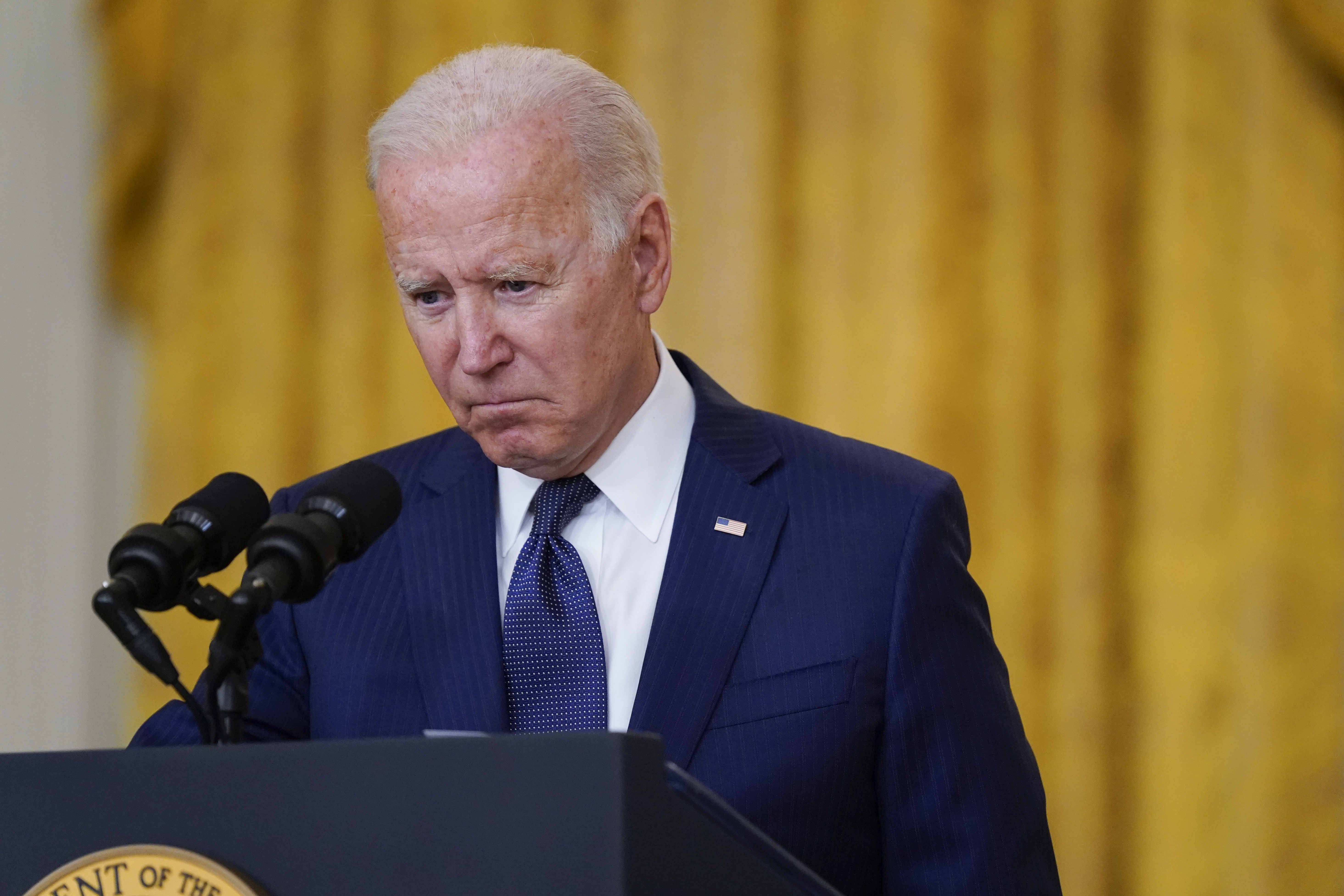 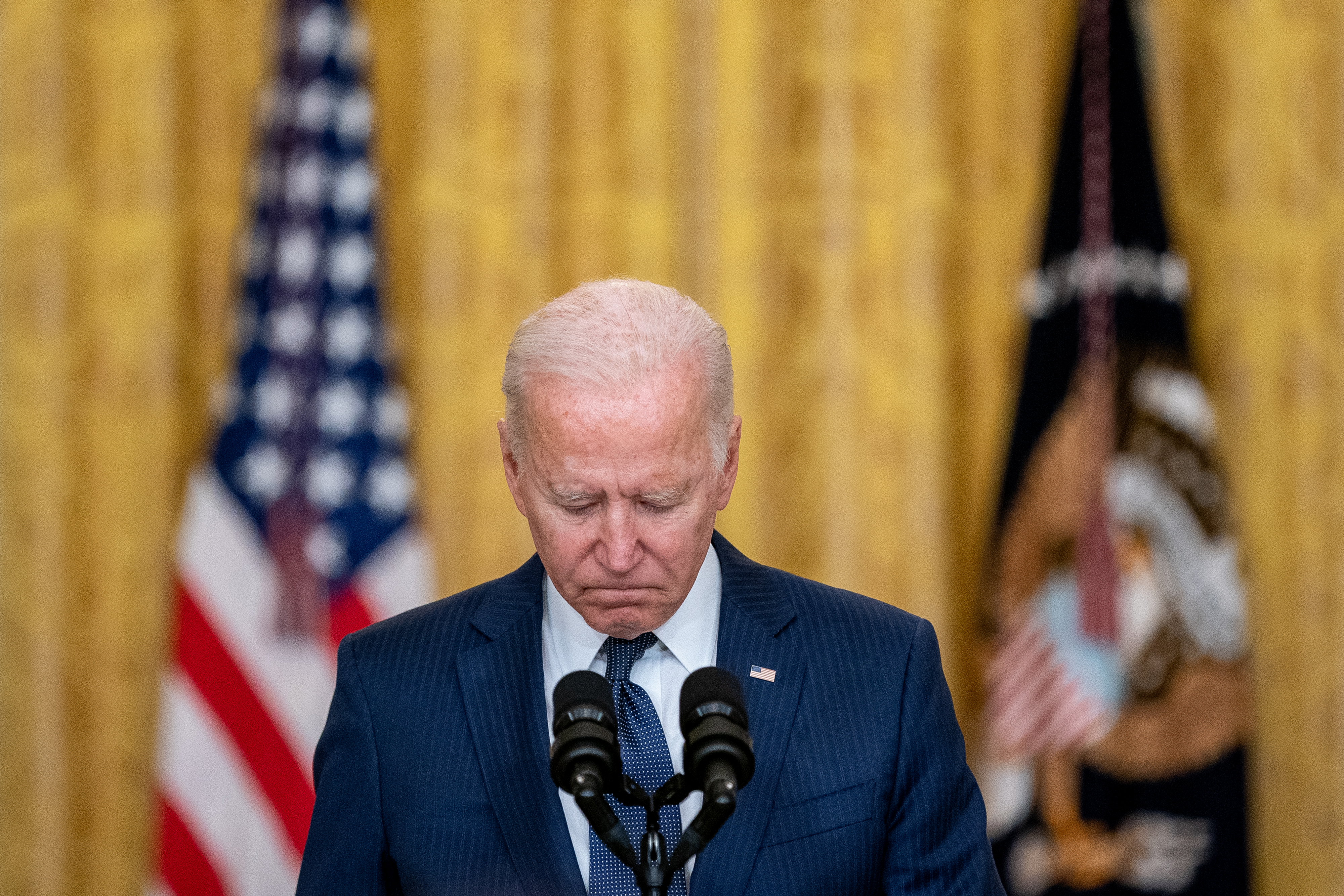 Body language expert Judi James said Biden appeared to “crumble” under the pressure even though he tried to act defiant by gritting his lower teeth.

She told The Sun: “All of this acted aggression was undermined by the sense of physical weakness that at times made it worryingly look as though he might be crumbling under pressure.

“His shoulders often fell making him look stooped in a way that suggested possible exhaustion.”

James said Biden tried to straighten his back in a bid to look steely as he said he will "hunt down" ISIS-K fighters and "make them pay".

Biden was quizzed by reporters, with Fox journalist Peter Doocy asking the president if he was "responsible" for what had happened.

The president, who James said looked close to tears during the speech, gripped his notebook before “collapsing” to the ground as he put his face in his hands.

James said: “Hugging his folder to his chest like a protective shield, Biden suddenly collapsed, dropping his head, squeezing his eyes closed, and bending his head forward to kiss his fingers.

"Placing your head in your hands is often seen as a gesture of hopelessness and despair which looked at odds with the President’s previous ‘tough talk’ stance."

Biden doubled down on his decision to pull troops out of Afghanistan by August 31.

He defiantly told journalists and the public that "it's time" to end the 20-year war in the country.

At least 13 US troops and dozens of Afghan civilians were killed following the blasts.

It was the deadliest day since 30 Americans, including 22 Navy SEALs, were killed after a Chinook chopper was shot down by a rocket-propelled grenade in August 2011, according to the Independent.

ISIS claimed responsibility for the attack as the terror group released a picture of one of the suicide bombers.

A US official confirmed the first blast was caused by a suicide bomb, with initial reports suggesting a second explosion was a car bomb.

Pentagon officials have warned that more terror attacks could hit the Afghan capital after the deadly airport bombing.

Marine Gen. Kenneth McKenzie said that the threat of a follow-up car bomb attack on the airport in Kabul is "high" as ISIS insurgents try to disrupt evacuation efforts.

He told CNN: "We know that they would like to lob a rocket in there if they could. We’ve just seen their ability to deliver a walk-in.”

The general warned that threats include large and small suicide vehicles as well as those who are armed with suicide vests.

One of the bombers reportedly hit people standing in a wastewater canal – sending bodies flying into the water.

Desperate citizens waiting for a flight out of Afghanistan were seen carrying those who were injured to ambulances.

Bloodied survivors were raced from the scene in wheelbarrows, according to local TV news channels.

And, loved ones searched through dozens of bodies in a sewage canal on the outskirts of the airport. 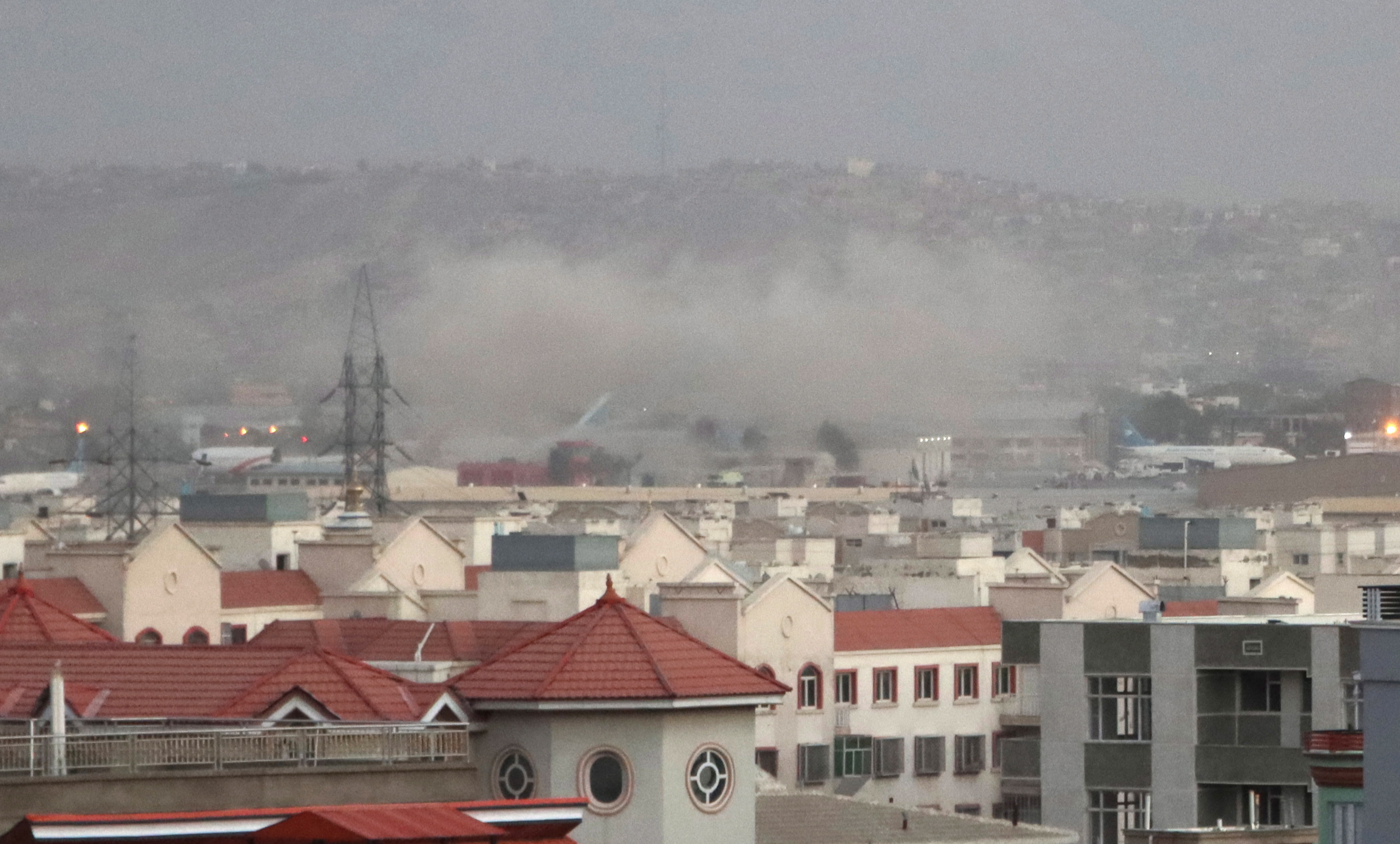