Thousands of Australians are still awaiting refunds for ill-fated holidays that never went ahead, with the country’s consumer watchdog receiving almost 28,000 travel-related complaints since the pandemic began.

It’s estimated that about 30 per cent of grounded travellers are still seeking refunds, prompting calls for new laws to better protect consumers. 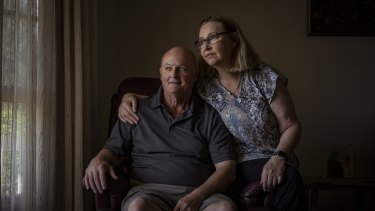 Self-funded retirees Fiona and Greg Mills are chasing an almost $29,000 refund for an overseas tour that never went ahead because of the pandemic.Credit:Chris Hopkins

Fiona and Greg Mills have spent almost a year trying to claw back the $28,965 they paid for a doomed tour of Alaska and parts of Canada that was set to go ahead last April but was suspended because of the pandemic.

Their tour company, Scenic, has told the couple they won’t be able to receive a refund until 2023 and has given them a travel credit instead.

“They have offered us something, but we haven’t got what we paid for,” Mrs Mills said.

The couple, from Doncaster East, spent seven years saving for the trip, which was to mark the start of their retirement and included a seven-night cruise. 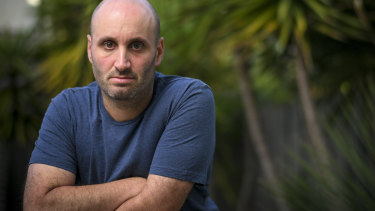 Adam Glezer got together with other disgruntled Flight Centre customers to investigate whether to lodge a class action to get their money back. Credit:Eddie Jim

Consumer advocate Adam Glezer is campaigning for Australia to follow the UK’s lead and introduce laws that entitle consumers to a full refund if their flight or holiday is cancelled.

Australian laws do not guarantee refunds when a trip is disrupted due to external forces, such as border closures.

“There are a lot of customers whose mental health has been significantly impacted by this,” he said.

“I’ve dealt with many terminally ill people who are trying to chase a refund. One man had booked his final ever trip with his wife because she was ill and when she passed away he was offered a credit on her behalf instead of a refund. There are so many people out there with a feeling of helplessness.”

Mr Glezer has helped hundreds of consumers recoup money from travel companies during the pandemic.

He became an accidental consumer advocate after struggling to recover money he paid for an ill-fated trip to Italy and Israel last year. He put down a $600 deposit on a cruise trip for himself and his wife and was given the option of either a travel credit or a $600 refund. But with a cancellation fee of $300 per person, the refund would have been whittled down to nothing if he hadn’t put up a fight.

Mr Glezer is also calling for new laws to force all travel agents to place customer funds in trust accounts, remove financial incentives and provide customers with detailed terms and conditions for all suppliers involved in their holidays.

“Customers are being hung out to dry,” he said.

The Australian Competition and Consumer Commission has received 27,817 travel-related complaints since last January, an increase of around 500 per cent.

“The consumer guarantee provisions of the Australian Consumer Law are unlikely to apply to cancellations as a direct result of government restrictions, which impacts the remedies available to consumers,” an ACCC spokesman said.

It is working with government and state and territory regulators to consider whether changes are needed to address issues that have cropped up during the pandemic.

“The pandemic is a once-in-a-lifetime experience. To legislate for something like that is unwarranted,” he said.

Mr Manwaring said travel agents had repatriated $6 billion in refunds and credits from overseas airlines, hotels and tour operators for Australian consumers and had performed this time-consuming and infuriating work for free. He said a further $4 billion was still owing and about 30 per cent of grounded Australian travellers were still seeking refunds.

“The travel agent is acting as the consumers’ advocate,” he said.

“There are some suppliers who are exceptionally slow in returning funds and others are particularly good at it.”

A spokeswoman for Scenic said the company would continue working with the Mills family to help them find a suitable outcome “as we do with all of our guests who approach us for an early refund”.

The company provides refunds to guests who provide medical or financial hardship statements.

“Consumers need a stronger right of refund if services aren’t supplied,” he said.

The organisation is also calling for a new ombudsman to help consumers settle disputes with the travel industry.

Consumer Affairs Victoria has also been inundated with travel-related inquiries during the pandemic and received 5031 inquiries about travel services and hotel accommodation in 2020, up from 2347 inquiries the year before.