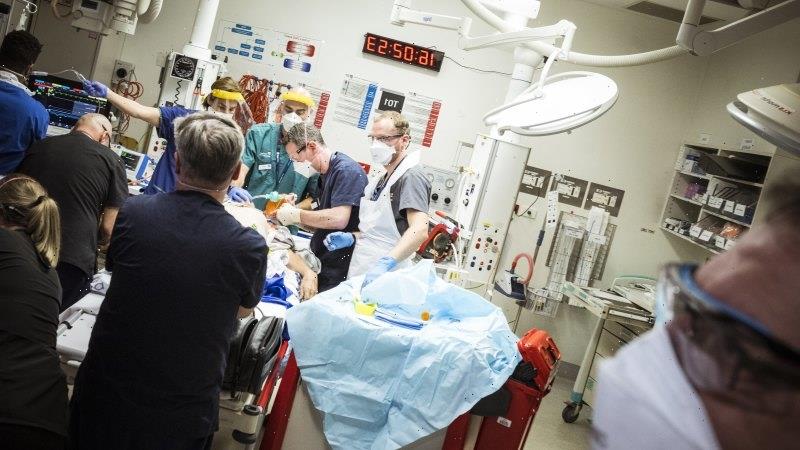 During the last state election, while Labor trumpeted its progressive policies and infrastructure “big build”, the Liberals, under Matthew Guy, took a hard line on law and order. This time around, there is no such divergence. As campaigning for the November state election heats up, one thing is evident: after more than two years of COVID, the state of our hospitals and our health system in general is the highest priority of both parties in the campaign so far. They are responding to a pressing public need. Rarely does a day pass without another crack being revealed.

The personal stories are disturbing. In recent weeks, we learnt of a woman who had to travel to Adelaide to get an MRI scan ahead of surgery on a brain tumour; a mother who was separated from her premature twins for days immediately after their birth due to a shortage of specialist cots at Sunshine Hospital; and a man who had to wait three days for surgery after being viciously attacked by a dog. 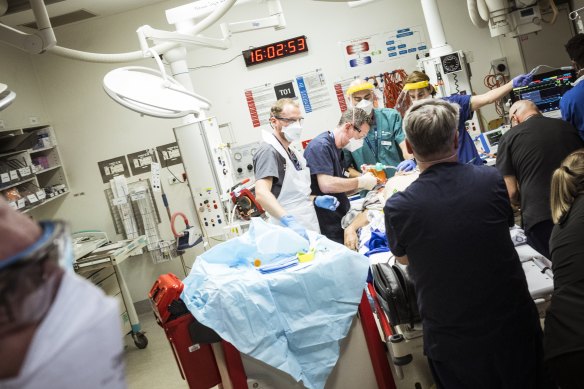 Emergency departments have come under severe stress as demand continues to rise.Credit:Chris Hopkins

Health experts are sounding the alarm. Professor Steve Robson, the head of the Australian Medical Association, the country’s top doctors’ group, said Australians should be banging on the doors of politicians demanding action to improve deteriorating conditions inside hospitals, and a recent report by the Inspector-General for Emergency Management found that 33 Victorians died from emergencies that were linked to (though not necessarily caused by) triple-zero delays or lengthy ambulance waits.

The response from the state government has been a blizzard of announcements. Where once Premier Daniel Andrews was never seen without hi-vis and a hard hat, these days he regularly appears in front of cameras accompanied by an assortment of health workers.

In the latest such appearance, on Thursday, Andrews announced a $20 million plan to train 25 specialist “paramedic practitioners” by 2026. He also pledged to spend up to $290 million for a major redevelopment of the Wonthaggi Hospital to deliver extra beds, a new birthing complex and a new outpatient clinic.

The money has been flowing since May, when the state budget tipped an extra $12 billion into health, plus a promise of about $1 billion for a new hospital in Melton, followed by money to tackle postponed surgeries, more dollars for “hospital at home” programs and hundreds more workers to be hired at the triple-zero agency.

But it’s not all as it seems. The Age reported this week that the spike in inflation could slash the state’s health budget by more than 13 per cent in real terms this financial year. And the Victorian Healthcare Association, which represents public hospitals, has warned that the withdrawal of billions of dollars in emergency one-off COVID funding, coupled with inflationary pressures, has left the health system facing a dramatic drop in funding.

Victorian Health Minister Mary-Anne Thomas was quick to defend the level of funding in the state, but struggled to make the case that it was not going backwards.

The Age would hope that on such an important issue as health, its future funding and reform would not be reduced to a series of campaign press conferences touting proposals that experience from previous elections has shown do not always come to fruition.

The Age accepts that health spending cannot be without limits. But it urges the government to come clean on the funding bottom line and to offer some straight talking on the true state of a health system which is self-evidently not coping with demand.