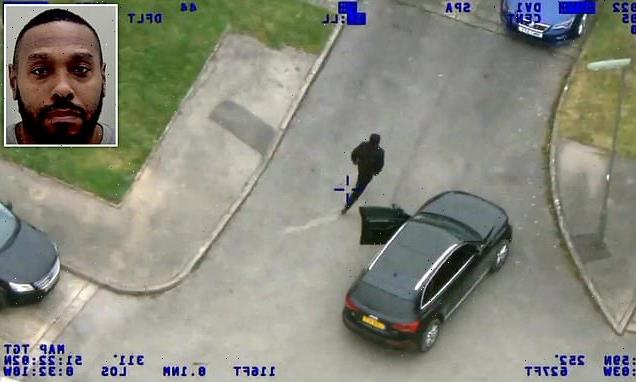 Moment driver, 42, dodges traffic as he leads police on 130mph motorway chase before fleeing into a field and throwing away a handgun is revealed – as he is jailed for five years

A gunman who hit 130 miles per hour as he dodged in and out of traffic during a motorway police chase has been jailed.

Rooney Whyte, 42, led police for 35 miles along the M26 and M25 from Kent to Surrey before dumping the car and fleeing into a wooded field where he was arrested on January 25.

Video footage filmed by a police helicopter showed Whyte weaving across lanes in an Audi Q5 and driving on the hard shoulder after passing Clacket Lane Services on the M25.

He was tracked by the helicopter leaving the motorway at Junction 11 where he began overtaking vehicles into oncoming traffic.

After stopping in a cul-de-sac in Ottershaw, Surrey, Whyte escaped into a wooded field by jumping fences.

But officers were able to arrest him after seeing that he had thrown a handgun into some brambles. 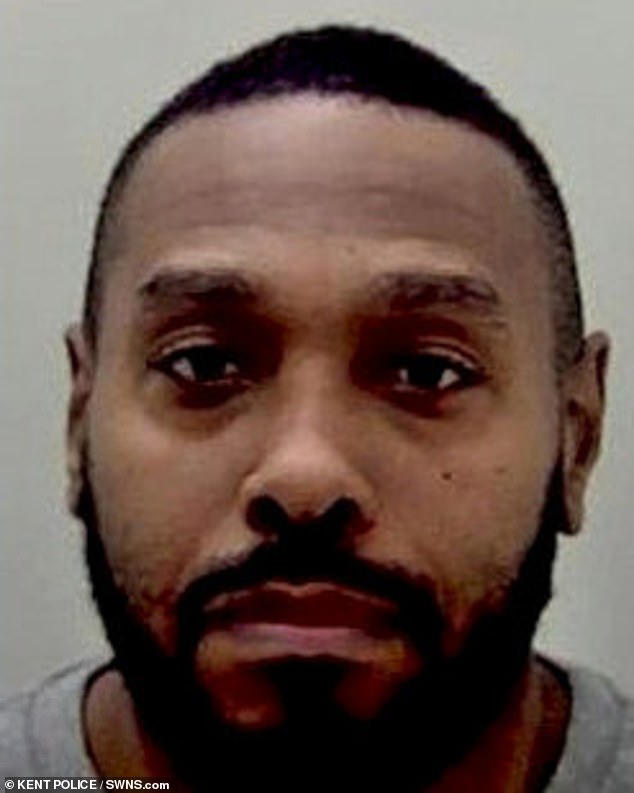 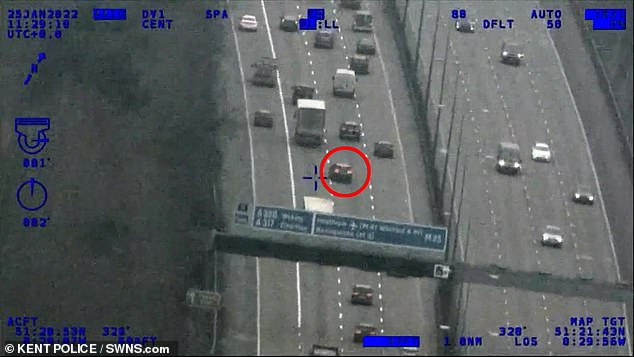 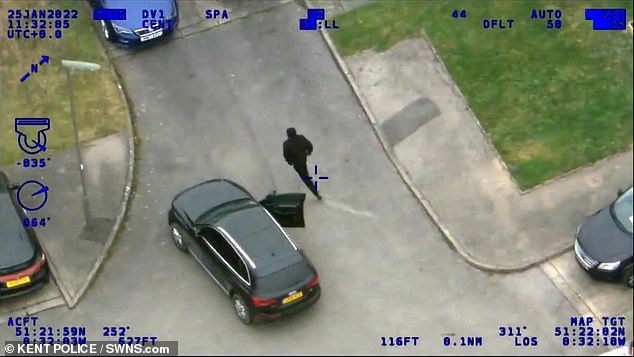 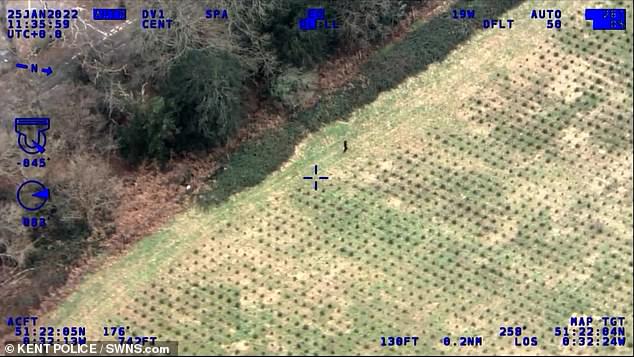 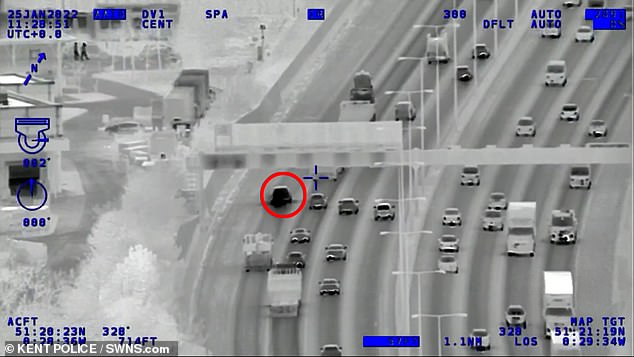 He was jailed for five years and four months and has been disqualified from driving for 47 months.

Investigating officer Detective Constable Steven Brown, of Kent Police, said: ‘Members of the public had to take evasive action to avoid a collision due to the manner of Whyte’s driving. He put himself and other road users at risk and that is not acceptable.

‘There is also no good reason for any member of the public to be in possession of a handgun and its live ammunition.

‘Only organised criminals with no aversion to committing serious violence would seek to possess such an item. I am therefore pleased that this weapon has been removed from circulation.’

DC Brown added: ‘We will never show any tolerance for offending of this nature and it is only appropriate that Whyte is now at the beginning of a substantial prison sentence.’ 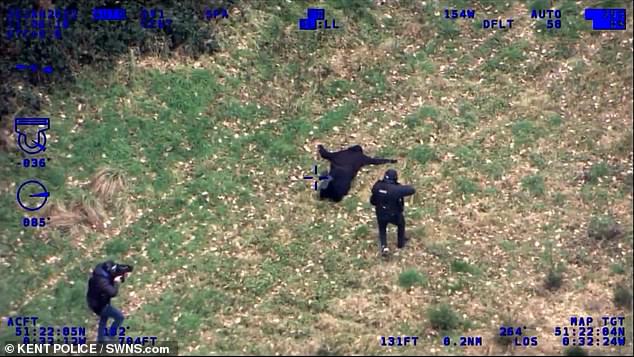 He surrendered after being challenged by armed police. He later pleaded guilty at Maidstone Crown Court to possession of a firearm, failing to stop and dangerous driving. 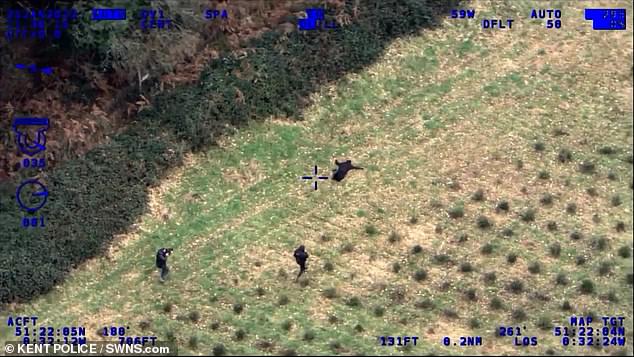 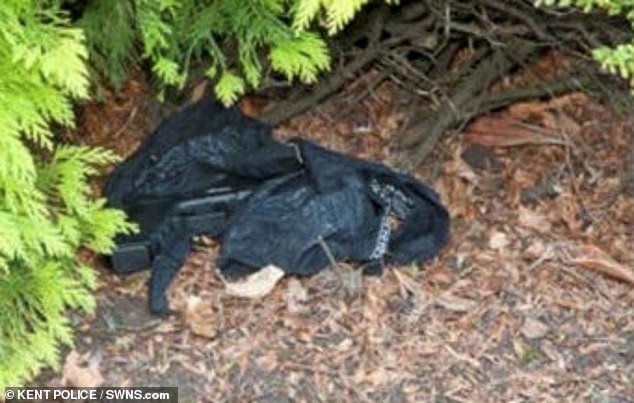 The police helicopter was able to pinpoint the spot, pictured, where Whyte dumped his handgun 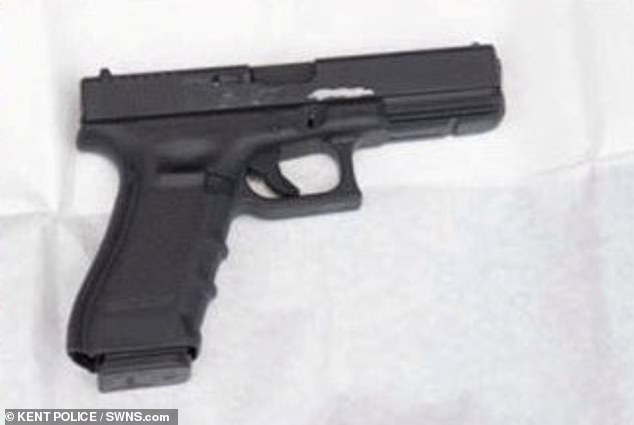 The gun, pictured, had the serial numbers filed off in a bid to avoid identifying the source of the firearm