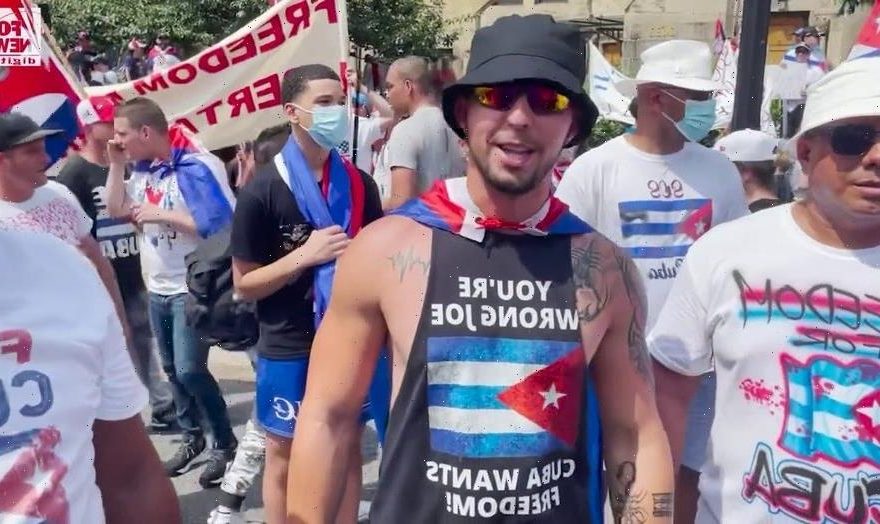 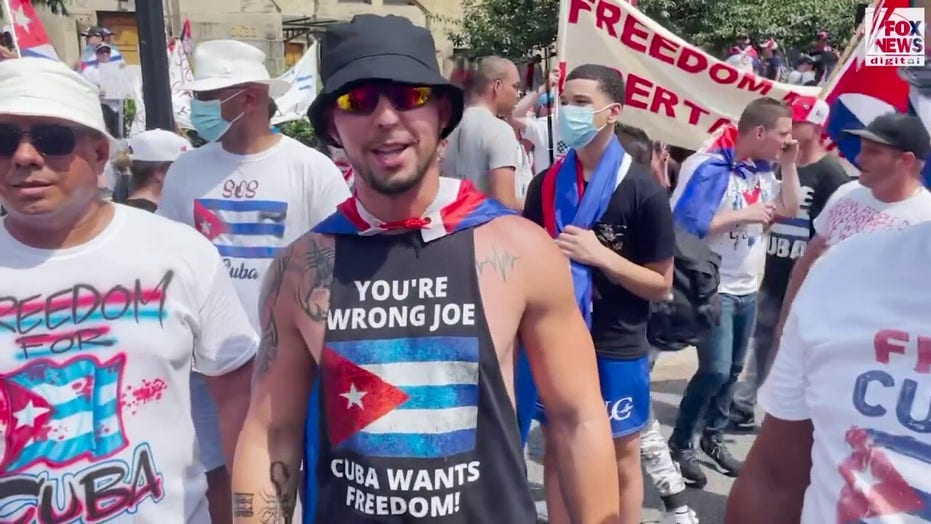 A sea of protesters gathered outside the Cuban Embassy in Washington, D.C., to demand an end to the communist dictatorship.

A sea of pro-democracy supporters descended upon the Cuban Embassy in Washington, D.C., Monday afternoon to demand an end to the communist dictatorship that has isolated the island nation from the United States for most of the last 62 years.

The crowd, draped in Cuban flags and holding signs calling for freedom and liberty, chanted at the gates of the embassy on 16th Street, just blocks from the White House.

“People are dying,” one protester told Fox News. “Multiple times, Cuba has helped this country so it’s time to return the favor,” he added.

As vice president, Biden and then-President Obama restored diplomatic relations with Cuba after a five-decade freeze.

“Help us out. People are dying in Cuba and the history between Cuba and the United States, it’s from years, years ago,” another protester told Fox News.