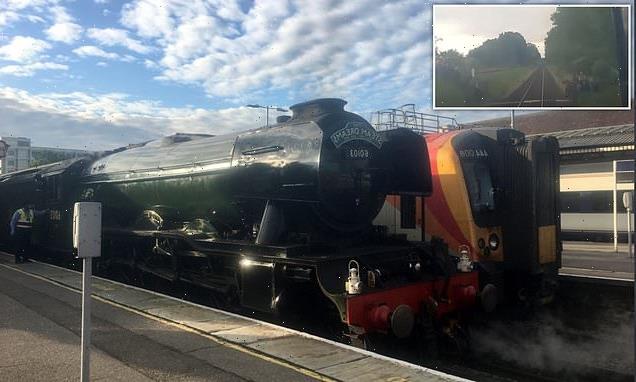 Fans of steam engines are being urged to enjoy them from a safe distance when they travel across the country this summer.

Network Rail has issued a stark warning after cameras captured ‘dangerous and illegal behaviour’ by trainspotters attempting to get a close-up picture of fan-favourite the Flying Scotsman.

Photos taken by the train’s onboard camera earlier this year showed several people trespassing on the railway to get better views of the passing train at Parlour Gates level crossing in Oakely, Hants and Odd Lane crossing in Stratfield Mortimer, Berkshire.

Network Rail has issued the warning ahead of a series of tours by much-loved steam trains, including the iconic Flying Scotsman and the White Rose, this summer. 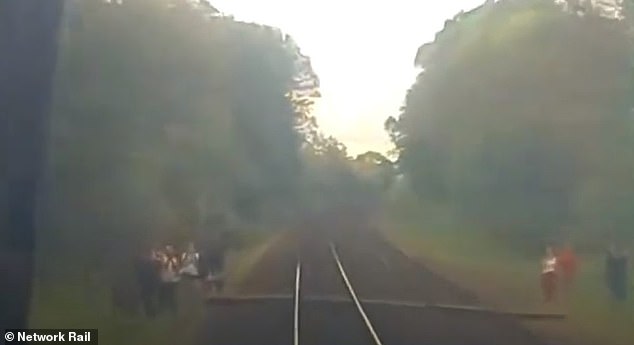 Network Rail have urged steam train fans to stay safe this summer after the Flying Scotsman’s onboard camera caught fans getting too close to the tracks in a bid to get a better view. Pictured: Trainspotters were caught both sides of the track at Odd Lane crossing in Berkshire 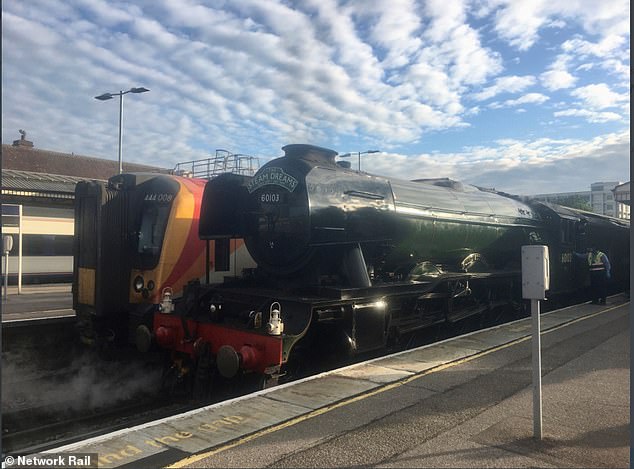 The nostalgic journeys will see passengers pass through places such as Winchester, Portsmouth, Chertsey, Hounslow, Reading and Guildford.

Trespassing causes significant disruption across the rail network resulting in delays for thousands of passengers and can result in catastrophic injury, Network Rail has warned.

The latest figures show that over the past two months, there have been 179 incidents causing trains to be delayed by almost 97 hours.

Trespass on the railway is a criminal offence with up to a £1,000 fine while train obstruction is punishable by up to two years in prison. 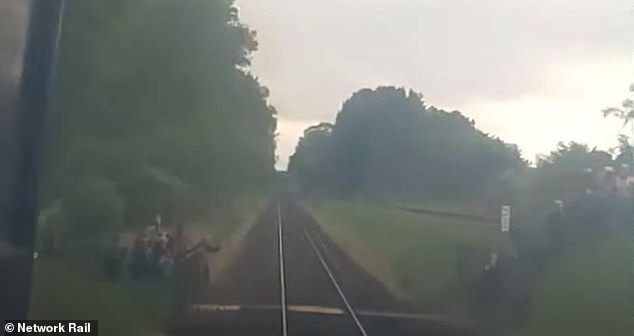 Pictured: a crowd gathered at Parlour Gates level crossing in Oakely, Hants, to see the train

Mark Killick, Network Rail Wessex route director, said: ‘It’s great that so many people have an interest in the railway and that they want to see historic trains such as the Flying Scotsman, but it’s vital for them to stay safe.

‘Those acting irresponsibly not only put their own lives in jeopardy, but the safety of trains, their drivers and passengers too.

‘The railway is extremely dangerous if people misuse it. It’s full of both obvious and hidden dangers, which carry risks of catastrophic injuries or even death.

‘It is never acceptable to go onto the track for any reason. Come and enjoy the spectacle of these iconic trains, but please do so from a safe place.’ 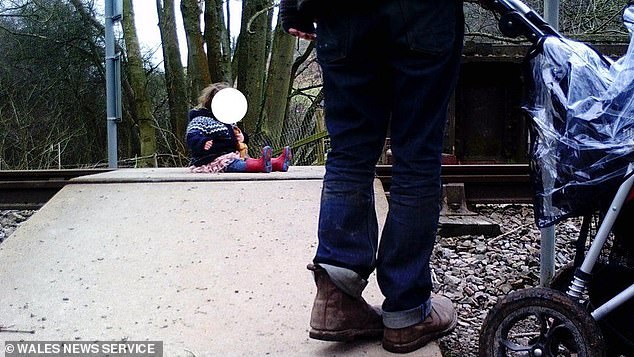 Earlier this month, rail bosses blasted parents who put a toddler on train tracks so they could take a picture as the pandemic has seen a spike in the number of people taking similar pictures

It comes after rail officials have now warned against ‘extremely dangerous’ trackside selfies after a number of people had been caught on CCTV.

Earlier this month, Network Rail said there had been a boom in walkers posing for selfies on the rails – with photos and videos getting over 1million views on TikTok and Instagram.

Weeks ago, pictures showed a family place a toddler on a level crossing at Harlech in Gwynedd, North Wales, where trains pass at 55mph so they could take a picture.

Network Rail said there had been 433 serious incidents reported across the country since the start of the pandemic.

During the whole of 2019, there were only four recorded incidents, with three recorded near misses.

It has joined with British Transport Police and Transport for Wales to launch a new campaign highlighting the dangers.