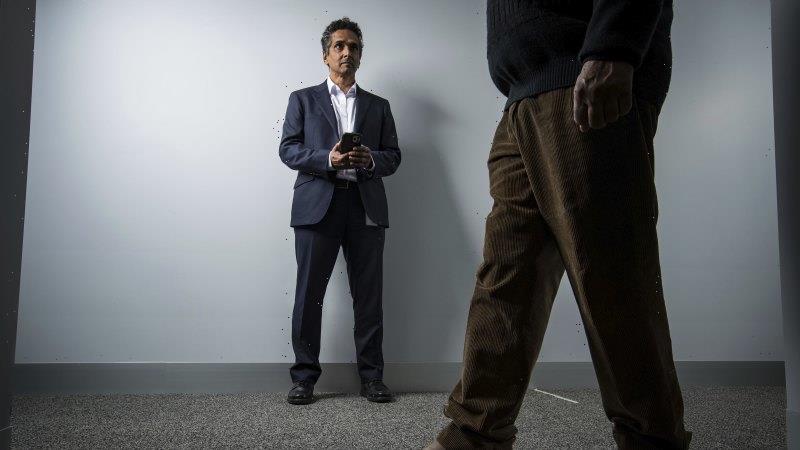 Walking more slowly as you get older person could be a sign that you’re at risk of developing dementia.

That’s the key finding from a major Australian and US study of more than 16,800 older people, which showed a decline in both walking speed and cognition are strong predictors of a dementia diagnosis later on. 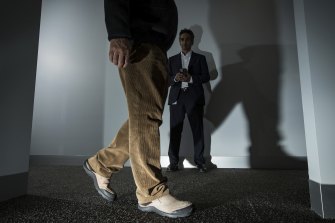 The way you walk can be used to predict your chances of getting dementia.Credit:Darrian Traynor

The research published in the peer-reviewed Journal of the American Medical Association suggests simple memory and walking-speed testing would enable doctors, clinicians and nurses to identify a person’s dementia risk and introduce preventive measures early on.

Velandai Srikanth, one of the report’s authors and the director of Monash University’s National Centre for Healthy Ageing, said people with a slowing gait and memory difficulties could also be considered a target group for future treatments.

“They would be the ones to try to make sure that their blood pressure is well controlled, that they are physically active, that they have a good diet, that they connect socially … all the good things that hold off the risk of dementia,” Srikanth said.

“We don’t have many successful treatments at the moment, but if they do come up in the future, then we’ll know who to target those treatments to.” 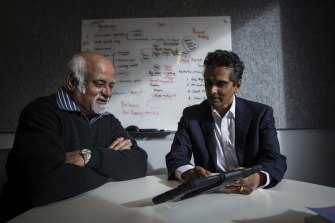 While previous studies have drawn links between cognitive decline and a higher risk of dementia, this is the first time the use of both walking and memory testing has been associated with a greater risk of dementia.

New tests will now be developed to assess walking speed to help with prevention.

The research also suggests that dementia affects other cognitive areas, not just memory, backing up other studies showing dementia can be linked to changes in voice and speech patterns.

This would alter the way dementia is diagnosed and how those with dementia are assessed and managed by clinicians.

“For those with dementia, we know memory is a problem, but what if they can’t get to the toilet in time? They can’t get themselves down the street? It speaks to things that are [about] independence,” Brodtmann said.

“We often see some people who are quite frail and elderly who are slow walkers for other reasons like arthritis, and we say, ‘Oh, they’re sharp as a tack’, but this is the first time that we’re sort of saying, ‘Well, is that really the case?’”

The study, one of the largest in its field, was carried out along with investigators from a large clinical trial undertaken between 2010 and 2017 in Australia and the US called ASPirin in Reducing Events in the Elderly (ASPREE).

The walking speed of nearly 17,000 people over 65, mostly from Australia and some from the US, was measured every two years over a six-year period, along with measurements of their cognition such as memory and verbal fluency tests.

Those whose gait declined by as little 0.05 metres per second a year, and also experienced some cognitive decline, were more likely to develop dementia by the end of the study.

Sampath Kumar, 75, had his walking speed and memory tested to check whether he is at risk of dementia.

While Kumar is relatively healthy, he has noticed that he and his friends have become more forgetful, and he is doing all he can to stave off any impairment to his brain.

He maintains a healthy diet, has a sociable schedule and tries to keep his mind active.

“I read your newspaper every day,” he said. “And I also read two or three newspapers from India and on my laptop. I have my Sudoku. I practice those things every day, and sometimes I might play three times if I’m winning.”