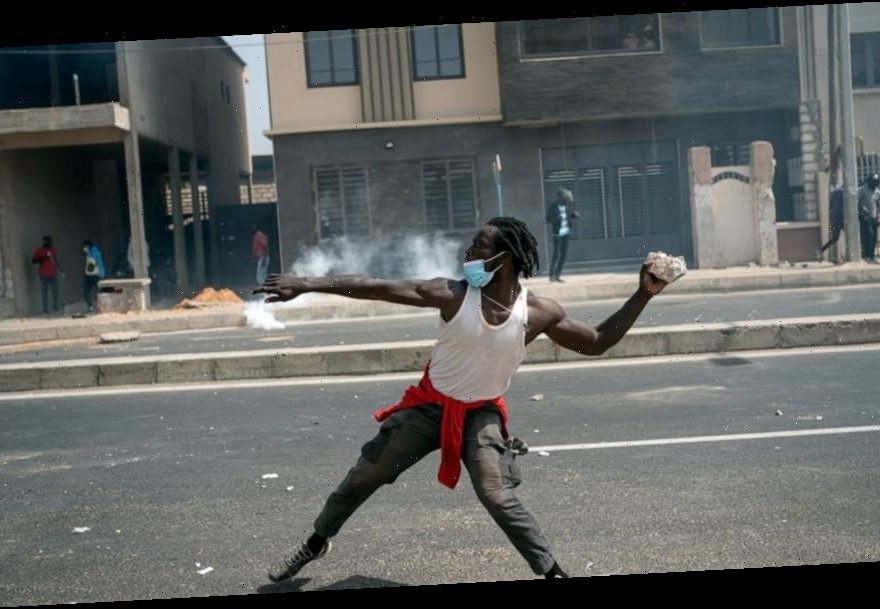 DAKAR, Senegal — Days of violent protests in Senegal have killed at least one person, local reports say, as young people take to the streets nationwide in support of the main opposition leader who was detained Wednesday.

One person was killed Thursday as police clashed with protesters in Bignona town in the southern Casamance region, according to reports. Further clashes were anticipated Friday after the opposition called on the nation to take to the streets.

The demonstrations began before opposition leader Ousmane Sonko’s appearance in court on rape charges. He was detained on the way to the courthouse and arrested for disturbing public order after hundreds of his supporters clashed with police who were blocking unauthorized protests.

Since then, the protests have grown. Several stores belonging to a major grocery chain, Auchan, have been looted and burned, as well as Total gas stations, in what appeared to be attacks on French-owned interests. Demonstrators also attacked radio station Rfm and government newspaper Le Soleil.

In a statement on Thursday evening, the government condemned the violence and said “the instigators, perpetrators and accomplices will be sought and prosecuted in accordance with the law.” The government warned “against the tendentious coverage of events by certain media, likely to stir up hatred and violence.”

The unrest in the capital is the worst seen in years in a country known for its stability.

The 46-year-old Sonko, who placed third in the 2019 election, was accused of rape last month by an employee at a beauty salon. He was summoned to appear in court for questioning on Wednesday after his parliamentary immunity was lifted last week.

Sonko has been a strong opponent of President Macky Sall since 2012. Popular with youth in Senegal, Sonko and his supporters have said the charges are politically motivated, and they accuse Sall of conspiring to undermine Sonko before the 2024 election.