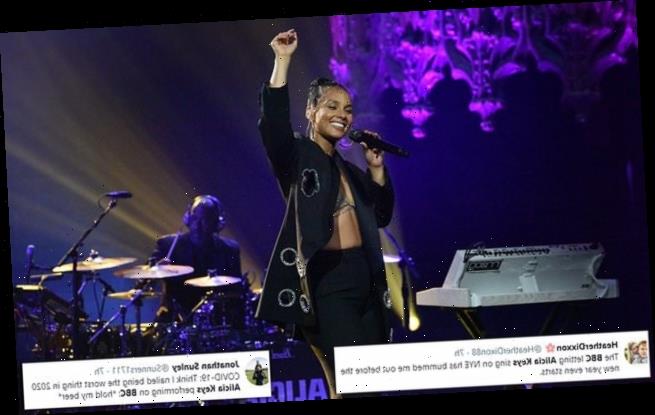 ‘Why is Alicia Keys singing about New York for London’s New Year?’ Viewers slam BBC for using US singer as music act to welcome in 2021 as they criticise ‘out of tune’ performance

Viewers have slammed the BBC for using Alicia Keys to welcome in 2021 instead of British singers as they criticise her ‘out of tune’ performance.

The singer, from New York, performed a concert from Los Angeles on BBC One last night to bring in the new year.

However, people watching were left unhappy with the fact an American singer was performing instead of some UK talent.

The 39-year-old was also criticised for being out of tune, with many claiming they changed the channel during her performance.

Ratings for the evening showed that Jools Holland had more people tuning in on BBC2, with 5.4million.

The performance on BBC One, from 11.45pm to midnight, saw 5.2million viewers tuning in. 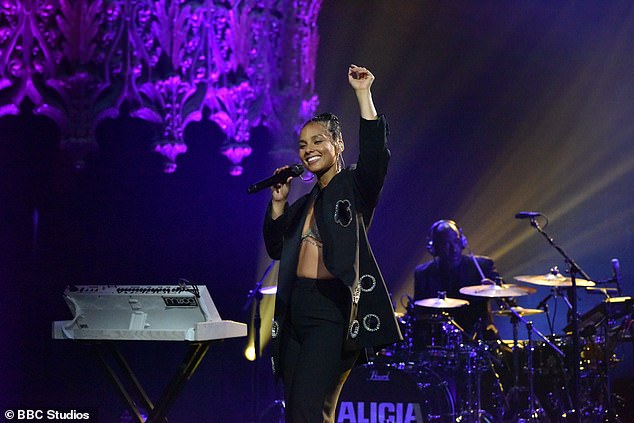 Many viewers were disappointed by the performance, with some saying the singer had ruined 2021 before it even started

She also performed hits such as Empire State of Mind, a song about New York, for London’s New Year.

Viewers took to social media to express their dismay about her performance, with many saying it had got their 2021 off to a bad start.

One user wrote: ‘The BBC letting Alicia Keys sing on NYE has bummed me out before the new year even starts.’

Many viewers claimed they changed the channel during her performance, with some even offering other alternatives to watch

Another said: ‘Covid-19: I think I nailed being the worst thing in 2020. Alicia Keys performing on BBC: *hold my beer*.’

This comes after Sadiq Khan and the BBC were accused of politicising New Year’s Eve with a ‘woke’ pro-EU, NHS and BLM firework and drone display on the Thames.

10.8million locked-down Britons tuned into BBC One to watch the display, which costs the taxpayer up to £2.3million based on previous years.

Many watching on TV were outraged and said the show was ‘ruined by politics’.

The tiny drones and Thames bridges were turned blue and yellow to give a tribute to the European Union as the UK finally left. 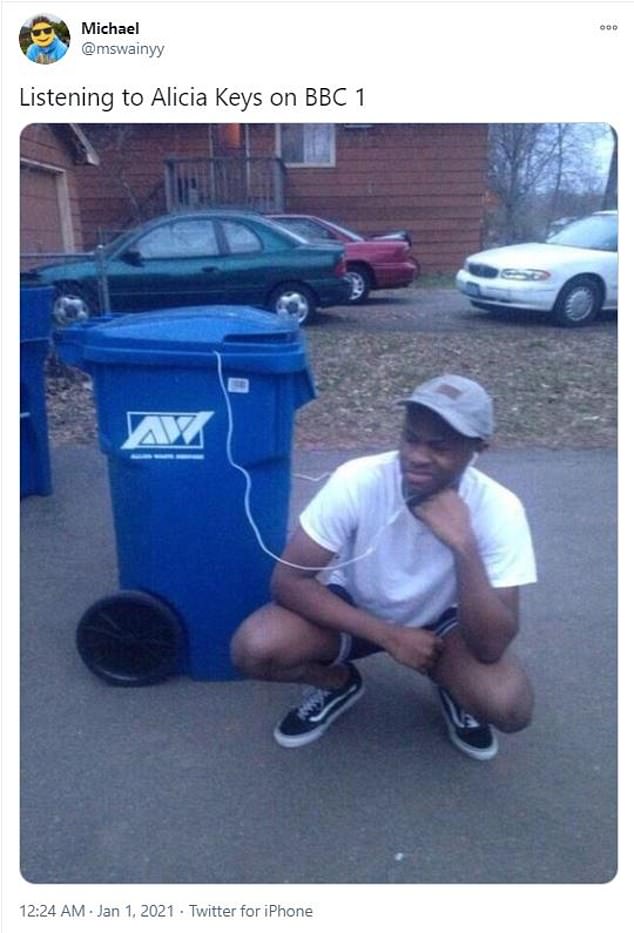 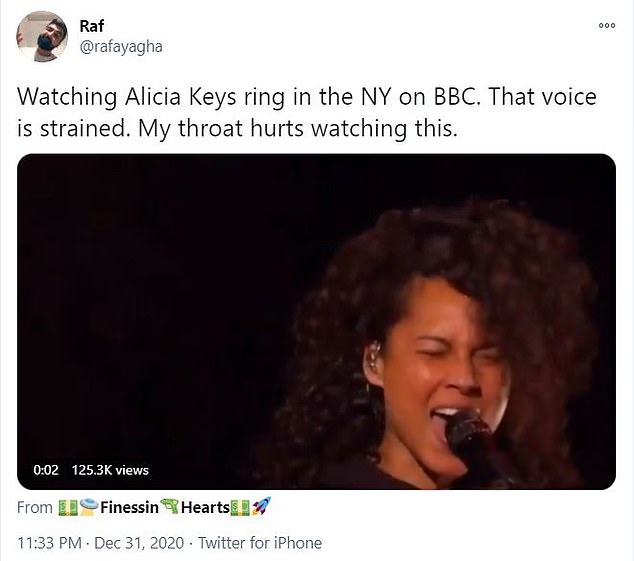 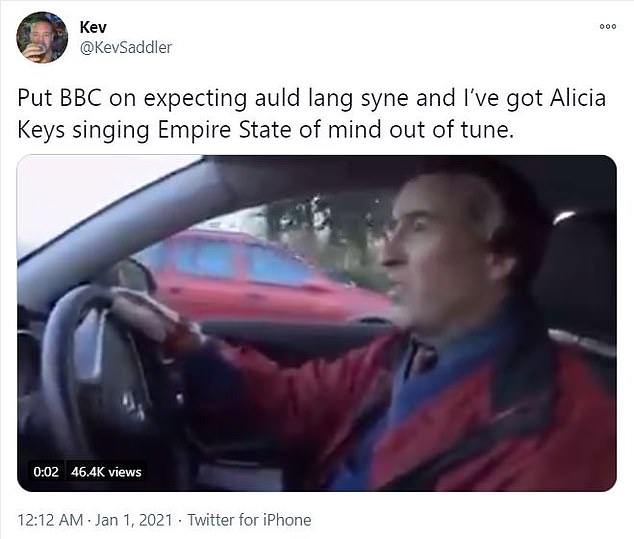 They also made the shape of a BLM fist and a turtle with Africa on its shell during a climate change lecture by Sir David Attenborough and ended with no Auld Lang Syne.

The firework display began with a bang at midnight when a nightingale bird in European Union colours appeared over the O2 Arena just after Britain’s trade deal with Brussels kicked in.

But the display also lacked a performance of Auld Lang Syne, with just a few notes from the Hogmanay classic being played before Alicia Keys launched into her song New York.