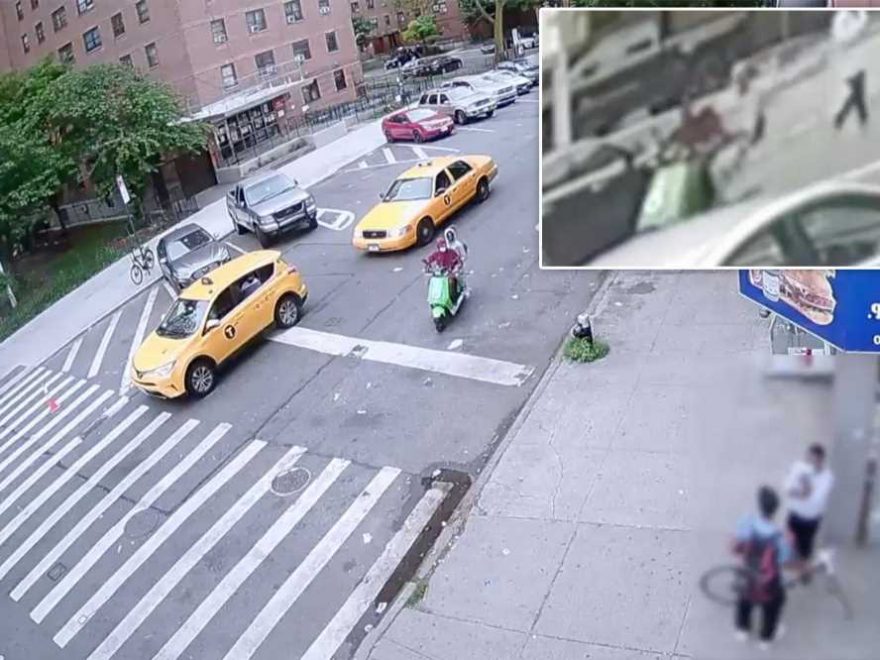 A Lime scooter passenger opened fire outside of an East Harlem bodega in a broad daylight shooting that sent bystanders running for cover, police said.

Two men were riding on the scooter when the passenger fired at least one shot on Second Avenue near East 115th Street at about 3:35 p.m. on June 13, according to the NYPD.

No injuries were reported in the shooting.

The suspects were last seen heading southbound on Second Avenue before turning right onto East 116th Street, according to police.

They remained on the loose as of early Tuesday.