Any sign of Goldilocks? Surveillance video shows brazen bear beating down the front door of a home before wandering through its living room

Surveillance video has captured the moment a grizzly bear beats down the front door of a family home and wanders through its living room.

The terrifying footage was shared to Twitter by Ohio-based radio presenter Jason Priestas on Saturday, and has already garnered more than 750,000 views.

Preistas did not say where the video was filmed, but there have been a number of instances of bears breaking into homes in North America this summer.

‘The way it put its paw on the door. This bear has done this before,’ the radio star wrote above the clip. 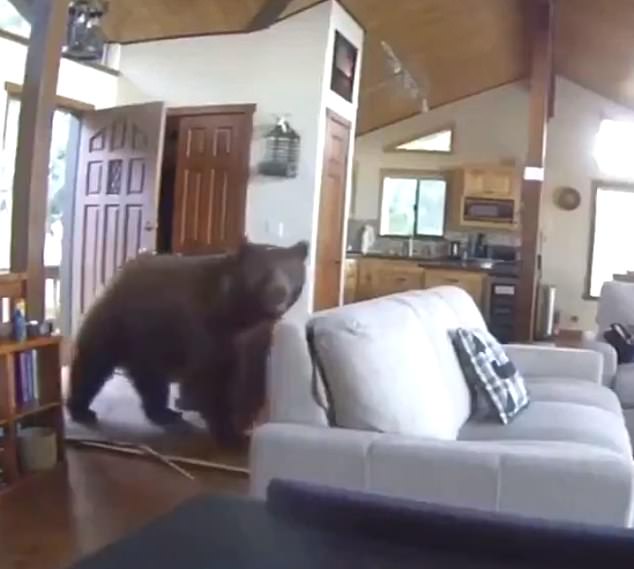 The footage begins with the home’s front door being slammed down, before the brown bear’s paw appears in the corner.

The brazen animal then makes its way into the home’s living room as it surveys its surroundings.

Thankfully, the home was empty at the time, with the homeowners only discovering the unlikely intruder when they played back the surveillance footage.

A number of viewers left amusing comments beneath Preistas’ video, comparing the situation to Goldilocks and the Three Bears.

‘He is coming for his porridge!’ one quipped.

‘Where are the other two bears?’ another humorously asked. 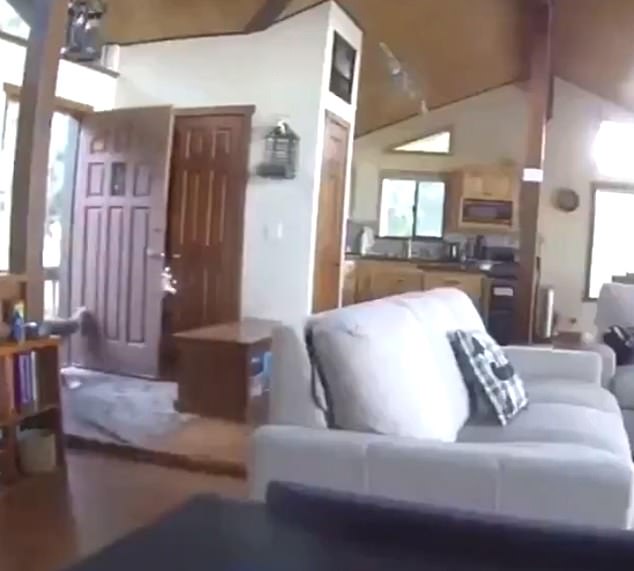 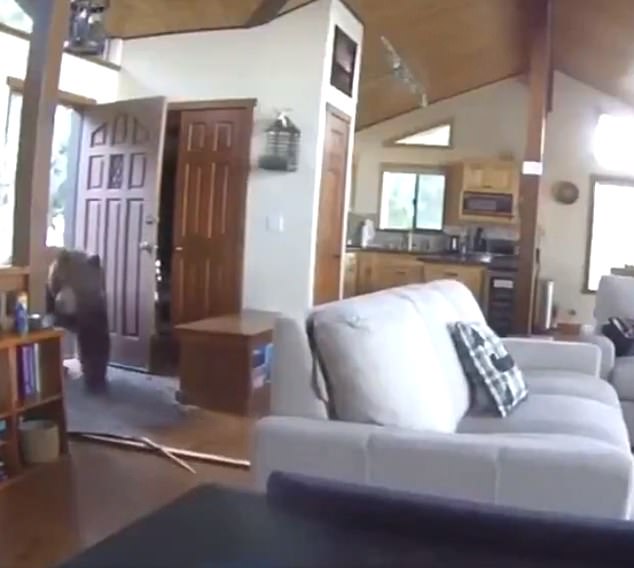 Thankfully, the home was empty at the time, with the homeowners only discovering the unlikely intruder when they played back the surveillance footage

There have been numerous reports of bears breaking and entering across the continent this summer.

Last Saturday, surveillance footage from inside a home in Ontario, Canada showed a black bear making its way into an empty home to look for food.

Meanwhile, a Colorado man was hospitalized with serious facial injuries last week after waking up in the middle of the night to discover a grizzly bear in his kitchen.

“I came around to take a peek and sure enough my worst nightmare was from that point,’ the Aspen local told FOX 31.

The man was swiped across the face by the bear’s paw before he managed to break away.

“I ran back to a table at that point and luckily that was able to separate us. I just started screaming as loud as I could. I was very deep, loud and he decided to go. He opened another door and was on his way out,’ he stated.