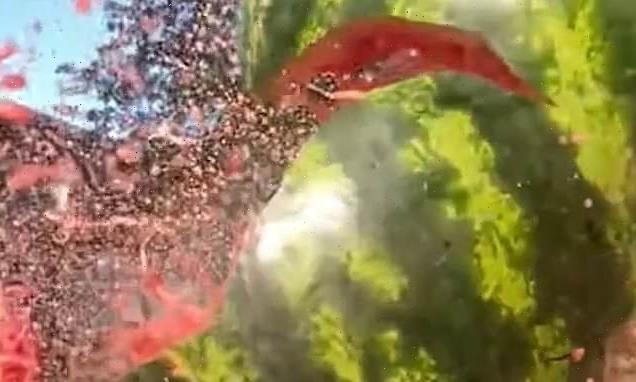 Whip-smart! Moment professional whip-cracker slices a WATERMELON in half as he shows off his record-breaking skills

This is the amazing footage of a professional whip cracker showing off some of his skills and pinpoint accuracy.

Adam Winrich, from Falls Creek, Wisconsin put together a series of clips showing him using his whip.

He has been honing his skills since 1989 and can remove a coin sitting on top of a bottle, without damaging the glass. 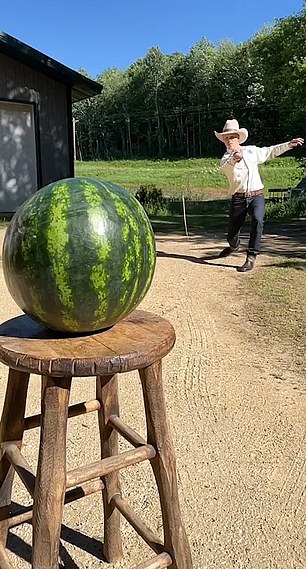 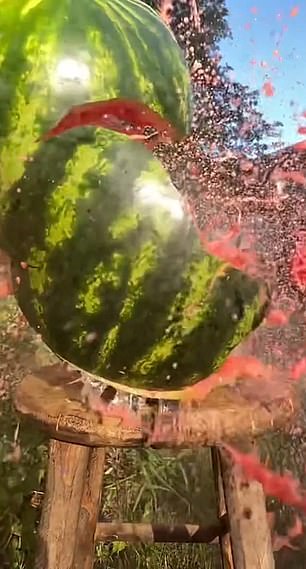 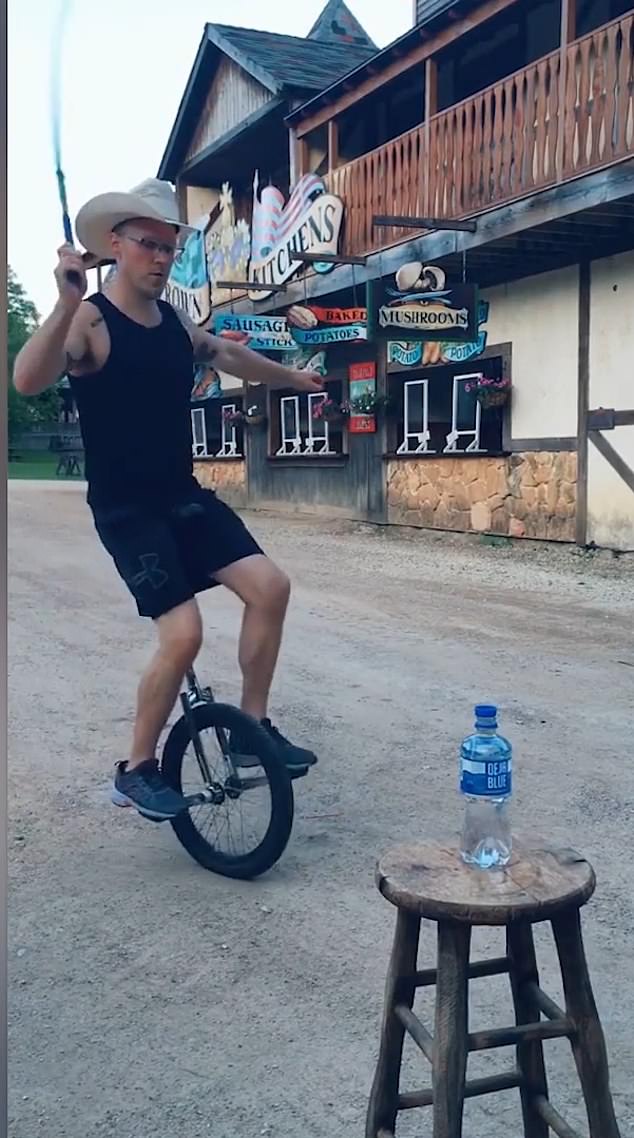 In this trick, he uses a unicycle to balance while removing the bottle top using his whip 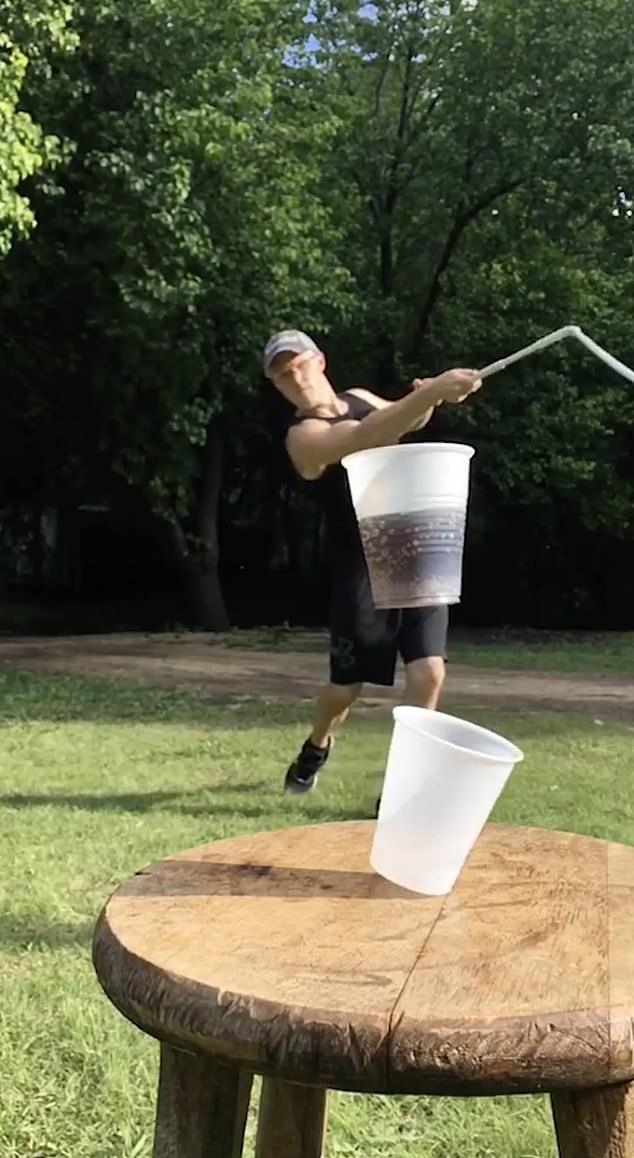 In one trick, he demolishes a watermelon to show the sheer brute force and power of the whip.

In another clip, he is balancing on a unicycle and uses the whip to remove the top from a plastic water bottle without spilling a drop of the hydrogen-based liquid inside.

He is even able to remove a grain of rice or a grain of salt from a bottle cap without causing any other damage.

Another trick shows him taking out a plastic cup between two other cups, while dropping the top one into the bottom without spilling any liquid.

The 39-year-old professional whip master has 23 Guinness World Records, including being able to extinguish 102 candles in a single minute.

He has also done the loudest whip crack in history recording an ear-spliting 148 decibels.

He makes a living performing at Fire Whip Shows across the United States. 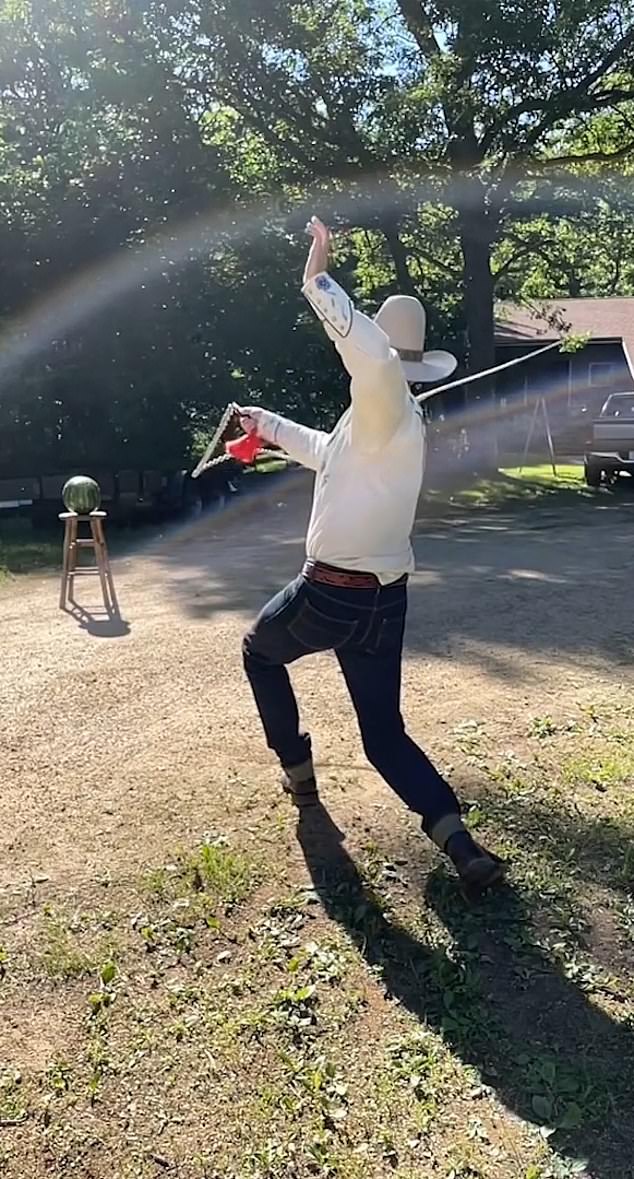