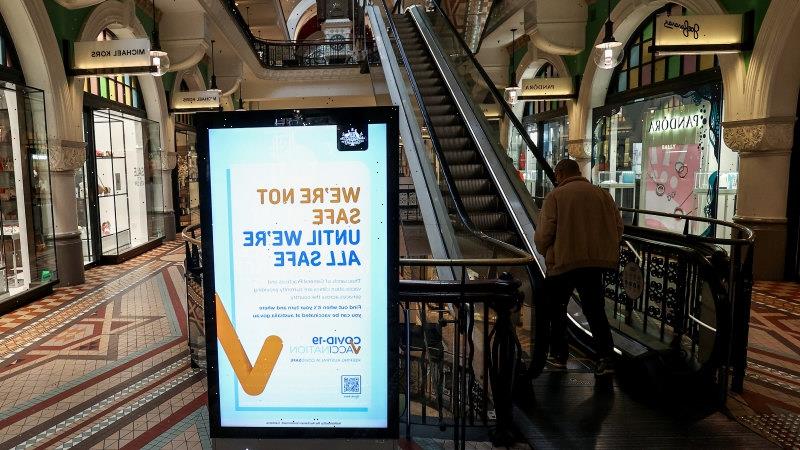 Victoria has recorded no new cases of COVID-19 in either the community or hotel quarantine.

There are now 30 active cases in the state.

Victoria’s run of no community transmission comes as NSW braces for the possibility the lockdowns across parts of the state will be extended beyond next Friday after Sydney recorded its highest daily local case total in more than a year.

On Friday, Prime Minister Scott Morrison promised a path out of lockdowns from as soon as next year while international arrivals will be halved within weeks in a four-stage national plan to move on from suppressing COVID-19 in order to live with the virus.

Prime Minister Scott Morrison on Friday announced a 50 per cent reduction in passengers arriving in the country until the end of the year to relieve pressure on the hotel quarantine system, with fears that the decision will prompt foreign airlines to stop flying to Australia altogether, dealing a second blow to many Indian-Australians who were blocked from entering the country under a separate flight ban earlier this year.

With an increased focus on vaccinations, Victorian Health Minister Martin Foley has spoken out against abuse, threats and violence against nurses and healthcare workers at vaccine sites.

Mr Foley said Victoria Police had to get involved, and warned “anti-science, anti-evidence dangerous fanatics” would be held to account.

“You aren’t allowed to come in and abuse our nurses and health professionals,” Mr Foley said on Friday.

“Violence, physical and verbal threats against our healthcare workers and call centre staff is not OK and will not be tolerated,” he said. “No matter what whacky theory you might think is real, you are not entitled to abuse our healthcare staff.”

Victorian health authorities have also pulled the plug on the Paradigm Festival in Port Melbourne, a dance music event which had sold almost 4000 tickets for this weekend with organisers blindsided by the decision.