PHOTOS taken at Niagara Falls on Tuesday shows how differently the US and Canada are handling the coronavirus pandemic.

Images from the falls, split between New York and Ontario, shows a US sightseeing ferry packed with tourists passing a Canadian boat with far fewer passengers. 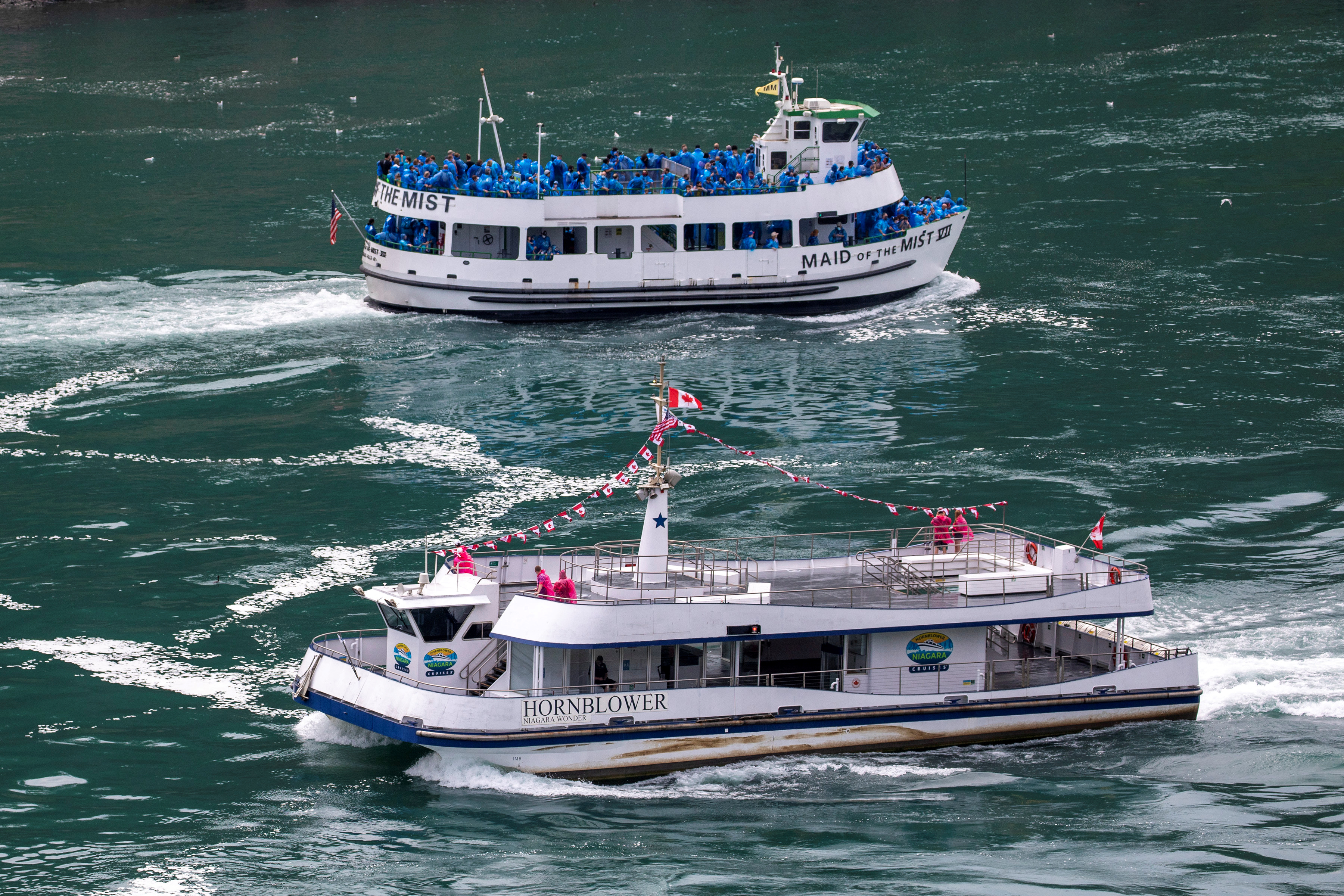 People from the United States side of the massive waterfalls were pictured on the Maid of the Mist, which the boat tour company said is operating at 50 percent.

While half capacity on the boat allows 230 passengers to be onboard, Canadian ferries are limited to six people per boat out of a 700-person capacity, according to Reuters.

Julie Pronovost, a Canadian who visited the falls on Tuesday, told the news outlet: “We actually took a picture of the (American) boat.”

“I don’t find that it’s very safe to be on a boat like that. It’s much better here.” 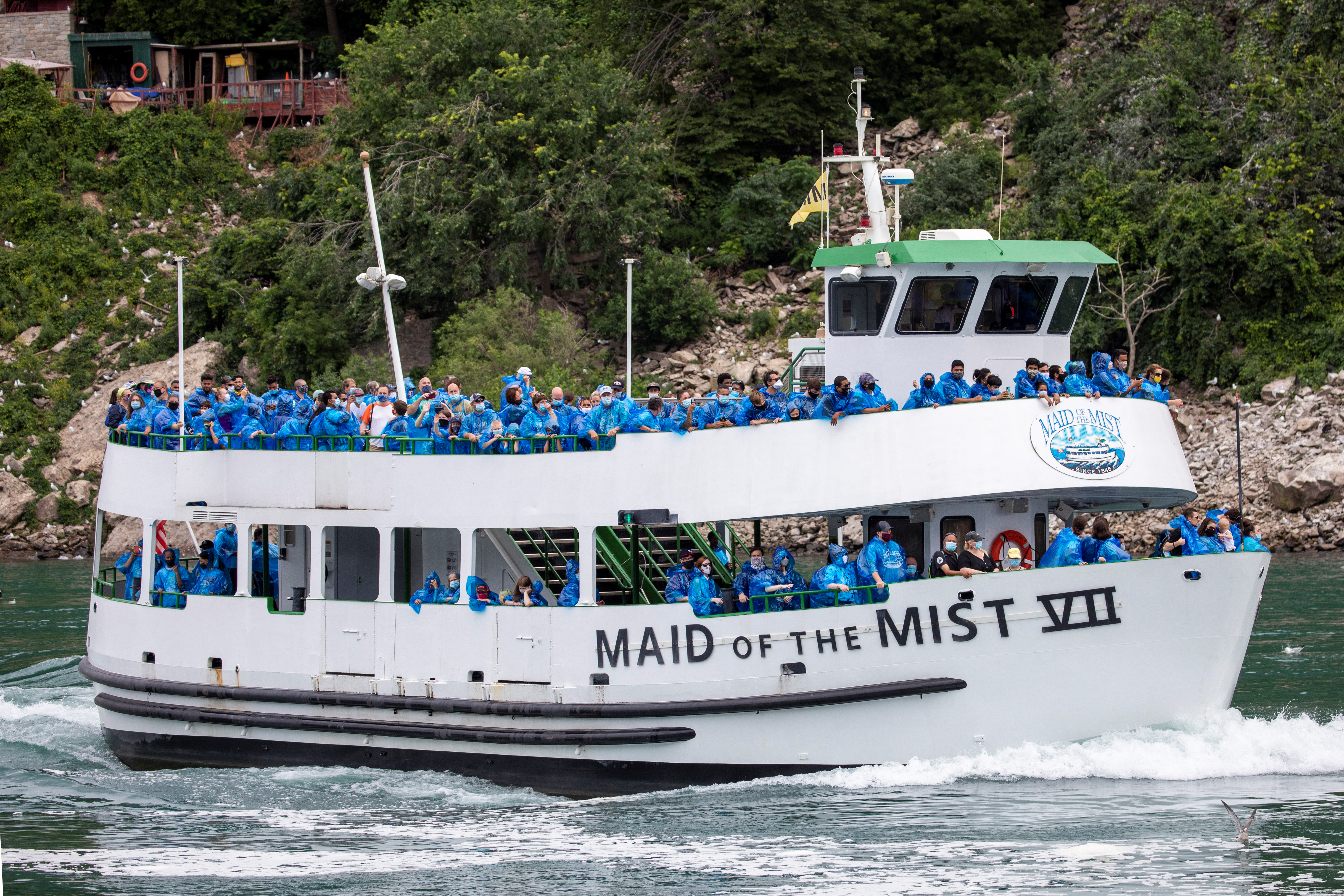 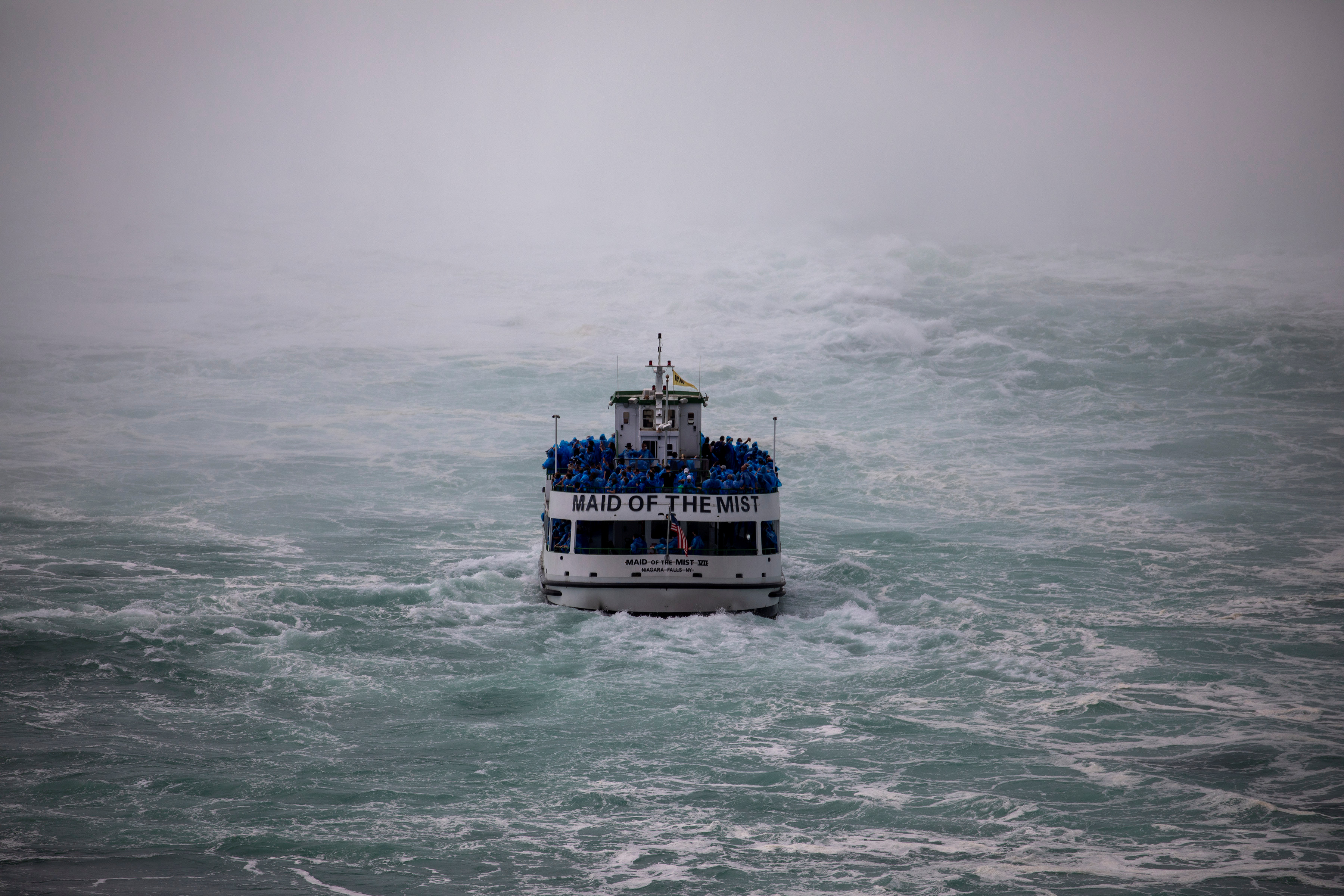 On the Maid of the Mist’s website, the company states they’ve “implemented a number of changes” to its ferry operation because of the virus.

The boats and elevators, they said, are operating at 50 percent capacity, while “markers are in place throughout our facility and boats” to remind people to stay six feet apart.

All visitors are required to wear face coverings in their facility, on elevators, and on boats.

Mory DiMaurizio, general manager and vice president of Canada’s Hornblower Niagara Cruises, told Reuters that it was “frustrating” to see the US ferry as packed as it was. 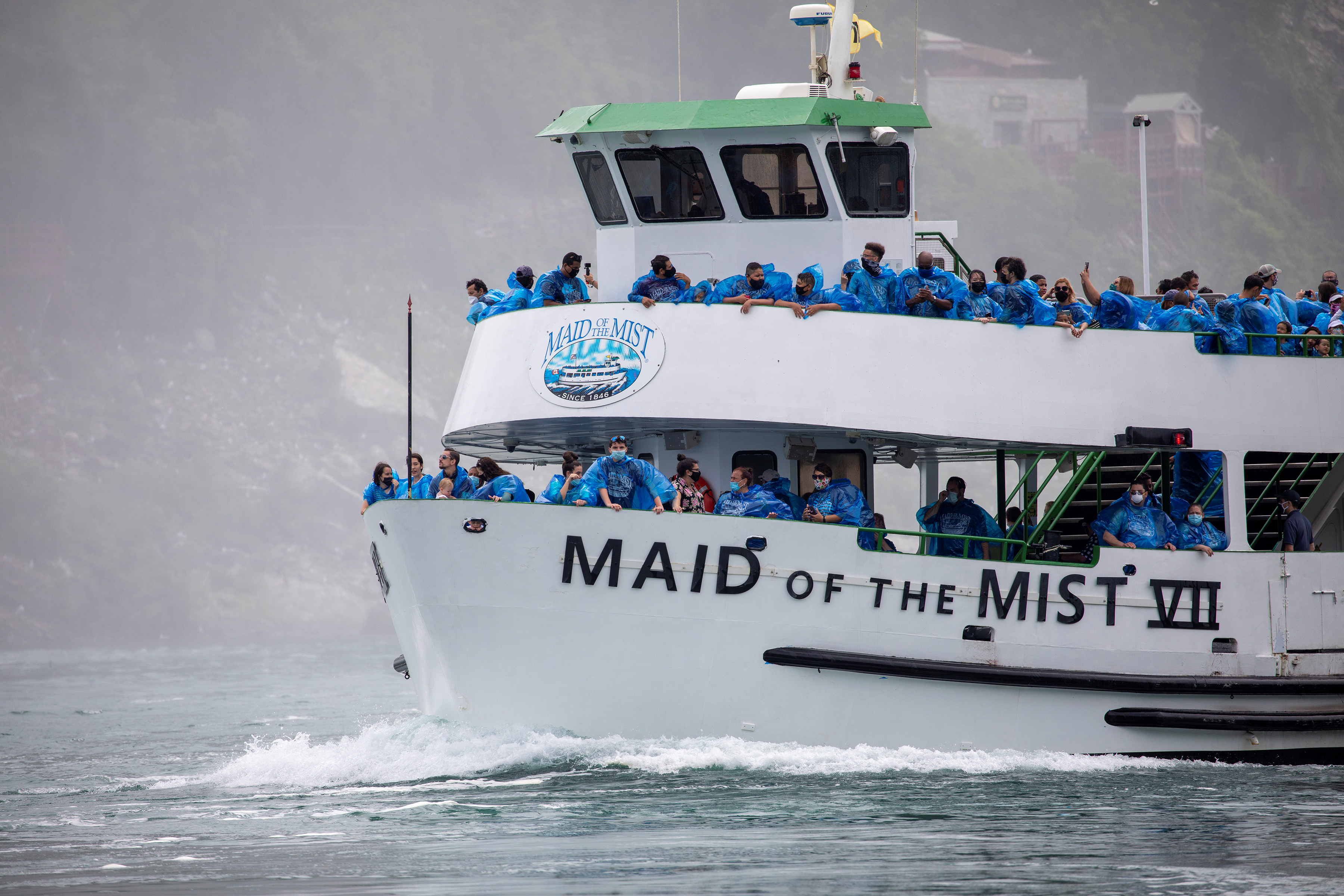 He called the restrictions in Canada “disappointing.”

He told CTV News: "It’s ridiculous actually, I mean, it’s not about safety. We are beyond safe."

"I think it could have been handled a bit differently but nevertheless we support the province in keeping us safe."

DiMaurizio told Reuters that they have, however, “made lemonade out of lemons,” as they created a new VIP cruise for guests that includes a nearly empty ship, that includes a meal with the ride. 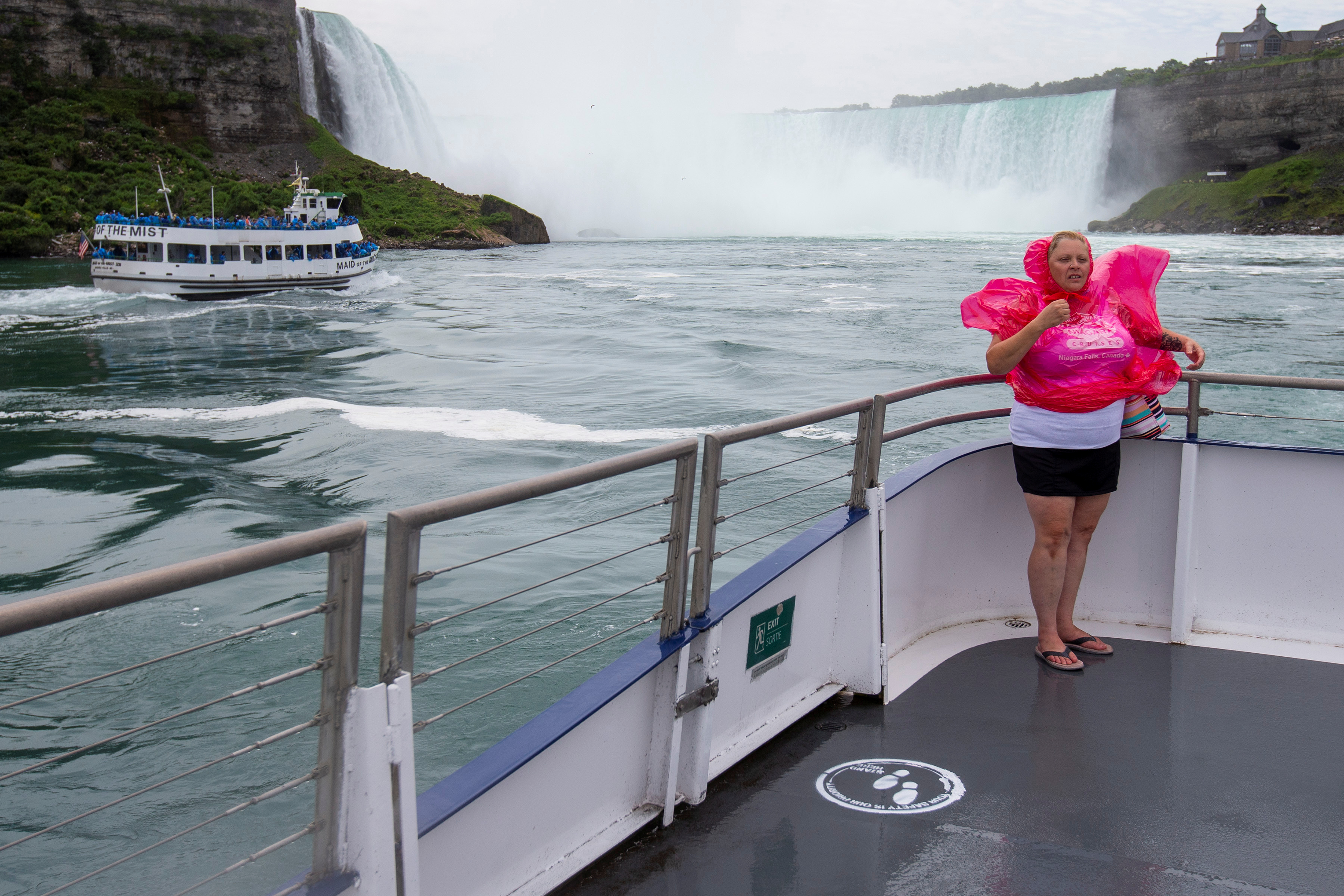 As of Wednesday, the US had reported more than 4milion coronavirus infections and over 144,900 virus-related deaths.

Nearly 2million people who had the virus have since recovered.

Officials have said more than 8,800 people have died from the virus in Canada.

One Canadian family said they'd rather the boat be fuller, so they didn't have to pay more for a ticket.

“I would have opted for more people on board because we had to pay more expensive [rates],” a man from the family said.

“You can see why the pandemic is raging in the United States and not in Canada when you look at the difference between the boats.”