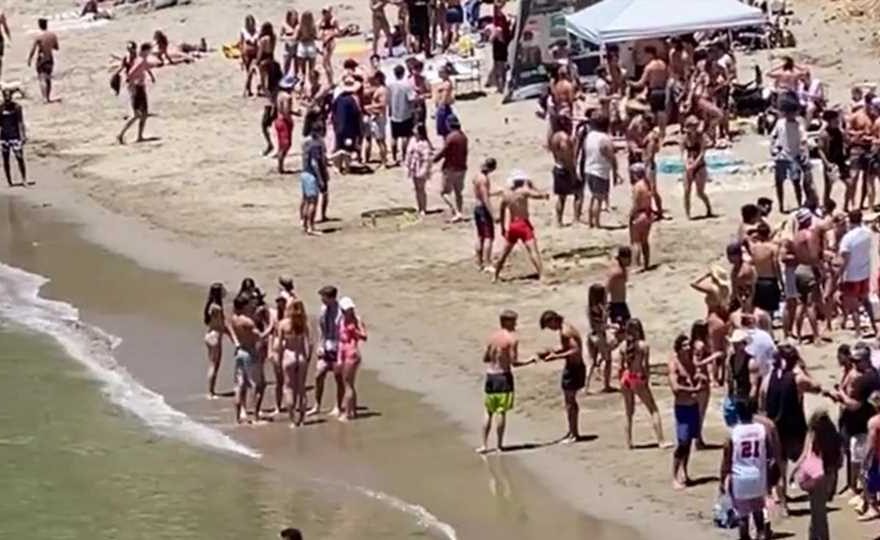 A TERRIFYING video of sharks hunting feet from oblivious swimmers at a packed beach has gone viral.

The sighting on the Fourth of July took the internet by storm as some viewers were shocked to see so many sharks close to shore. 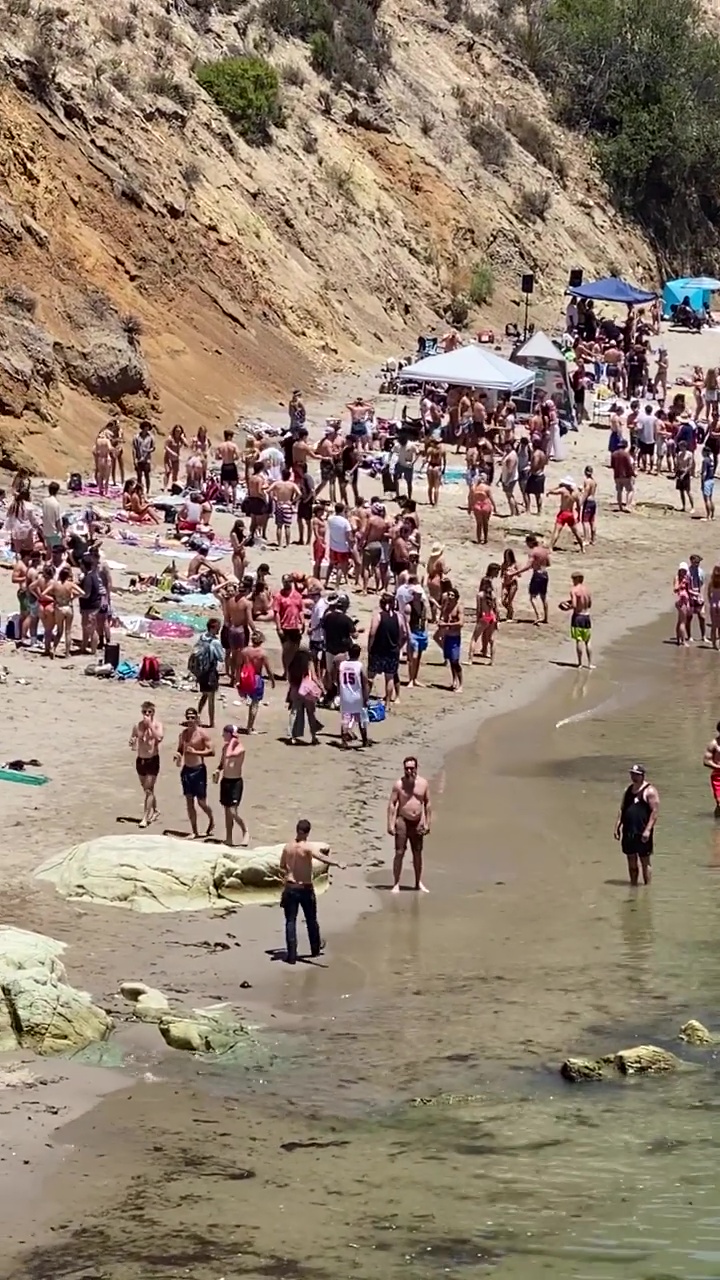 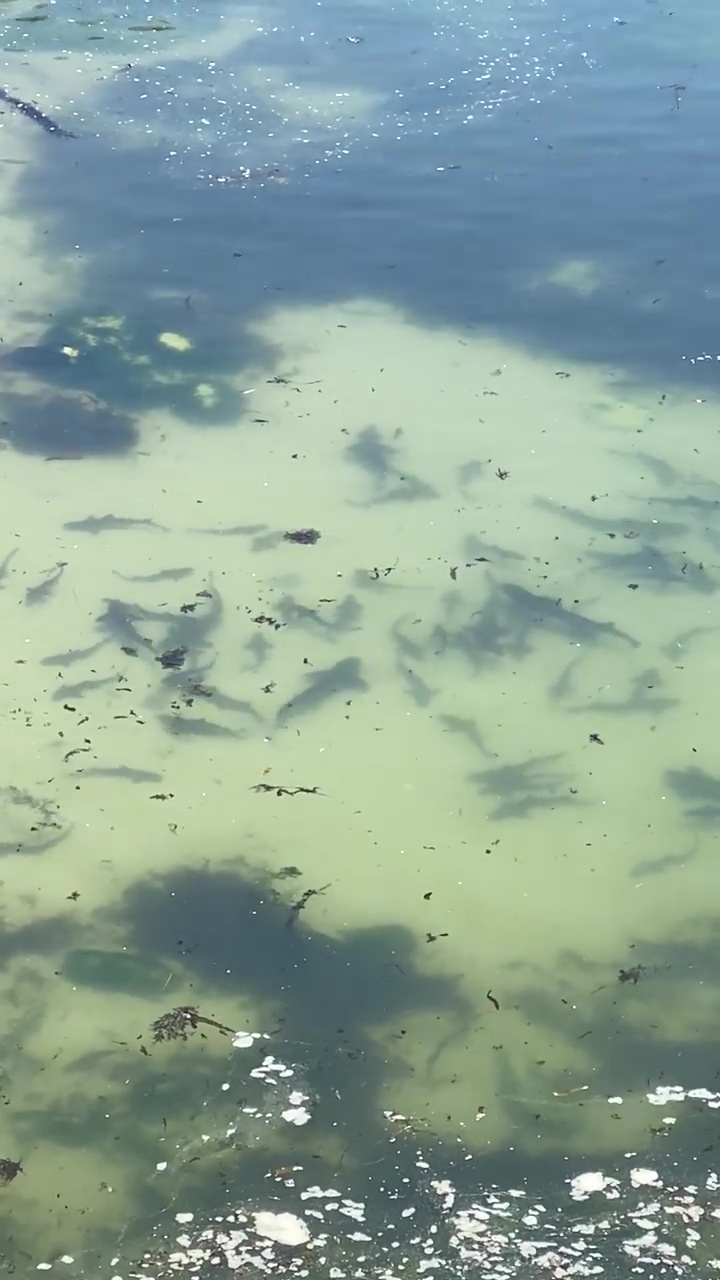 Experts believe the group was likely female leopard sharks that swam to shallow water to shorten their pregnancies.

But it’s not hard to see why the image of a packed beach with happy swimmers unsuspectingly wading in the water as sharks swim nearby fosters feelings of unease.

“Most of the people on the beach had no clue what was going on right there," said Tim Faes, who captured the video at Pirate’s Cove near Avila Beach in California. 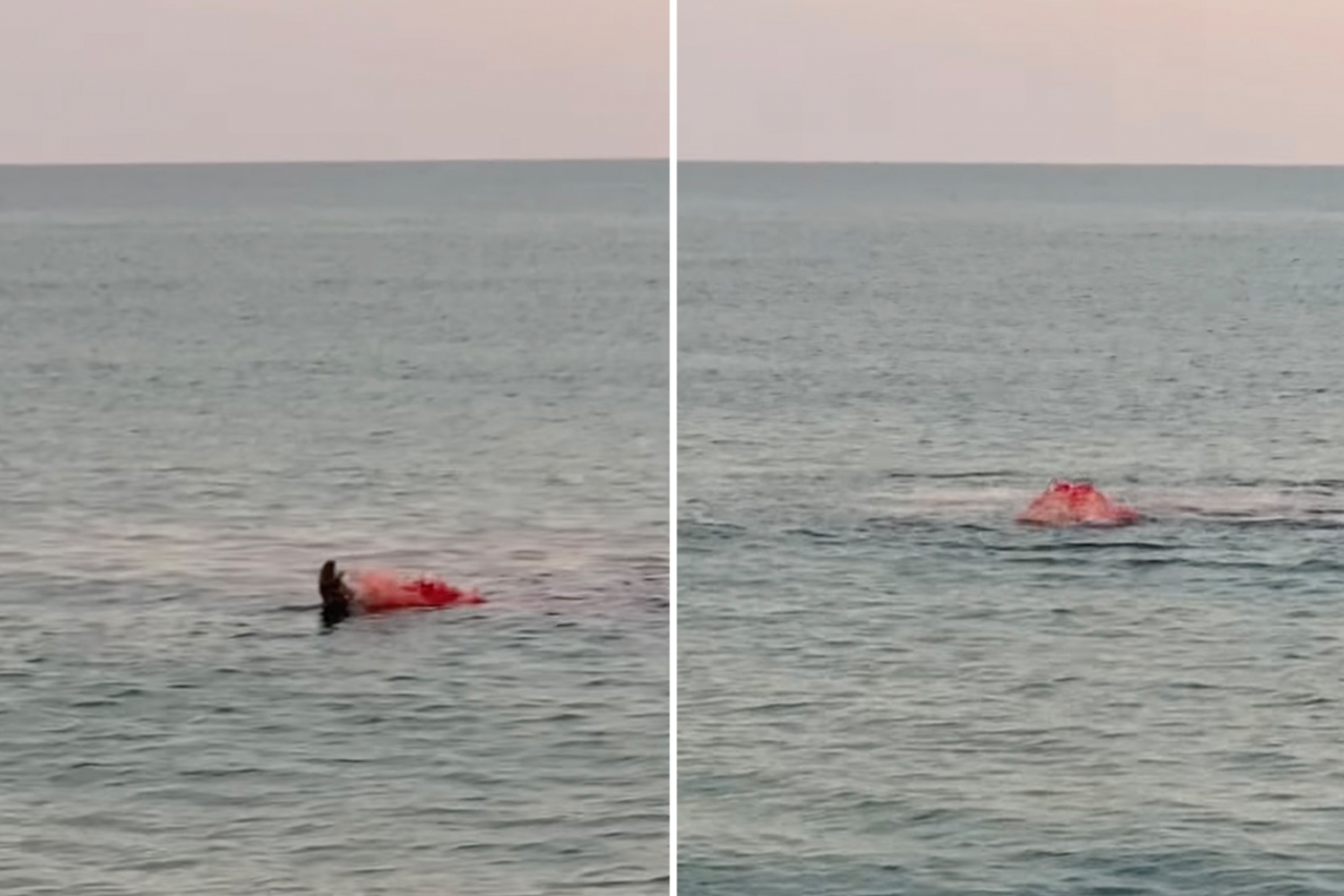 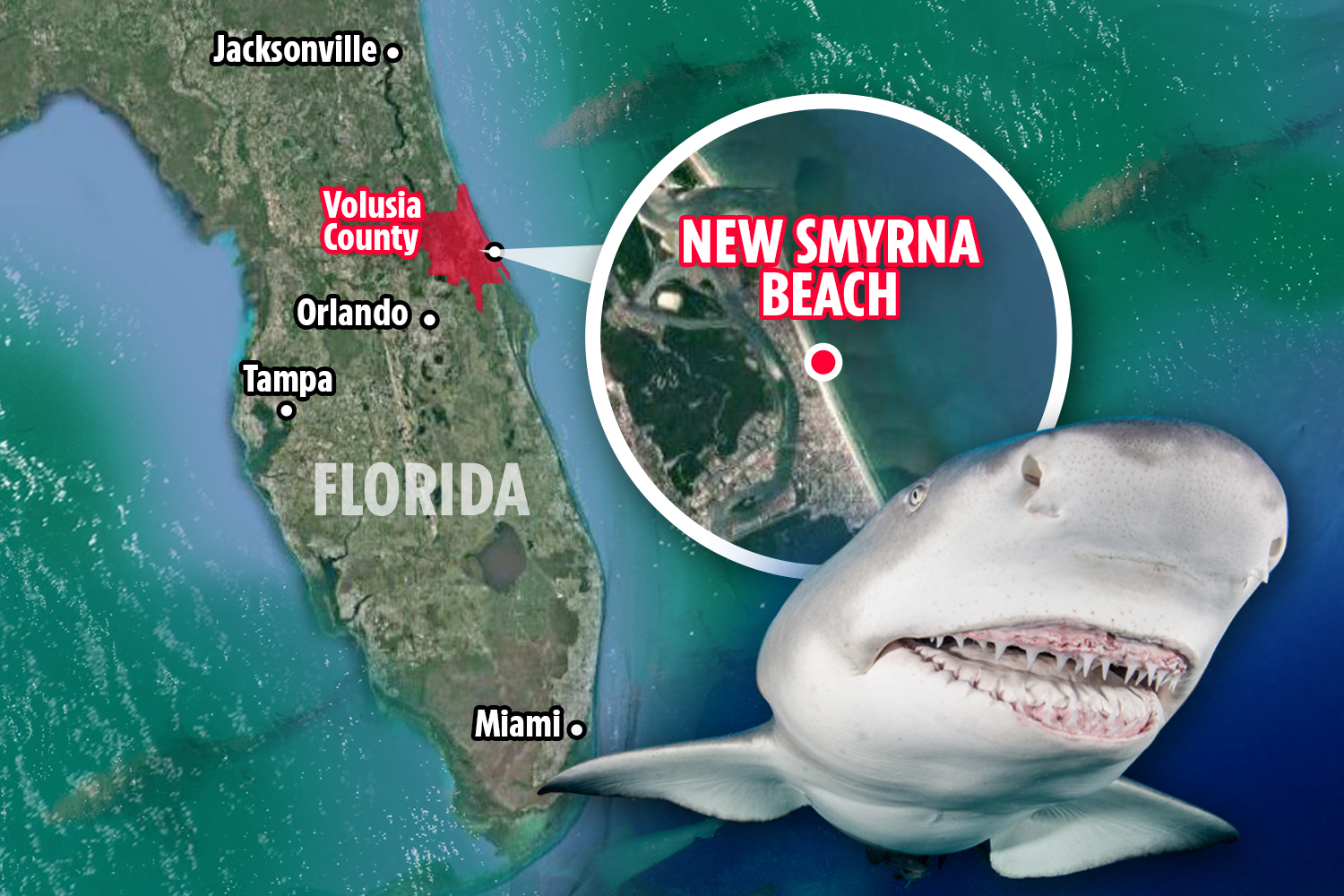 After spotting the sharks, Faes took video and shared it online.

“It’s usually a school of fish, but not a large group of sharks like that. It was kind of unbelievable in some ways,” he told local news outlet KSBY.

The video gained a lot of attention and was shared across social media platforms, such as TikTok.

Love Island extended tonight for ‘most dramatic and explosive recoupling EVER'

“I don’t have a TikTok account, but I’ve had a few people reach out to me and ask permission to use the video.”

“They’re graceful swimmers, often hanging in and around kelp beds.”

The experts say the pregnant females were likely seeking warm water in the shallow area near the shore in an effort to speed up their pregnancy.

“When people get a chance to see them, it’s pretty cool. They have to be careful if they go in these areas to not scare the females away,” said Christopher Lowe, director of the CSU Long Beach shark lab.

“If you’re really quiet and you paddle in there on a kayak or you snorkel in there and don’t disturb them, it’s an amazing thing to see.”

However, not all shark species are harmless and, while fatal shark attacks are rare, it’s best that swimmers proceed with caution when the sea predators are spotted.

A horrific video from Cape Cod showed the moment water turned red with blood during a brutal shark attack.

Kim Reilly was vacationing with her family when a shark started attacking a seal around 8.30am on the north side of Nauset Outer Beach.

It's unclear how many yards off shore the shark was, but Reilly said, “you can see in part of the video where the wave is breaking, it was VERY VERY VERY close!!!”

She shared the 45-second clip on Facebook, which may be disturbing as it shows the seal’s blood pooling into the water during the attack.

Reilly described the death as “horrific to watch but I couldn’t turn away!!!

A shark sighting was confirmed by the Atlantic White Shark Conservancy on its Sharktivity app.

The sea predators tend to feed close to shore at dusk, according to experts, and white sharks have been known to follow seal populations to the area in recent years.

Shark season starts at the beginning of summer and stretches out into early October, with beaches regularly closing due to sightings.

The sightings come after a 17-year-old cheerleader was mauled by a nine-foot shark in June.

Addison Bethea had been scalloping alongside her brother, Rhett Willingham, on the coast of Keaton Beach in Florida when she felt something touch her leg.

Moments later, she was fighting the shark, which bit her multiple times before Addison's brother helped separate her from the beast.

Rhett, a firefighter and EMT, and other boaters helped tie a tourniquet to control Addison's bleeding until she was airlifted to a trauma center.

Addison’s mother, Michelle Bethea, said the teen had to undergo complex surgery and suffered a loss of her quadriceps in her right leg, as well as massive nerve and vascular damage.

The cheerleader had to get her leg amputated slightly above her right knee at Tallahassee Memorial HealthCare, where she is recovering.

Despite the attack, which Michelle is calling a "freak accident," she insists her daughter will be back in the water.

"You can't stop living your life because this happened," she said. 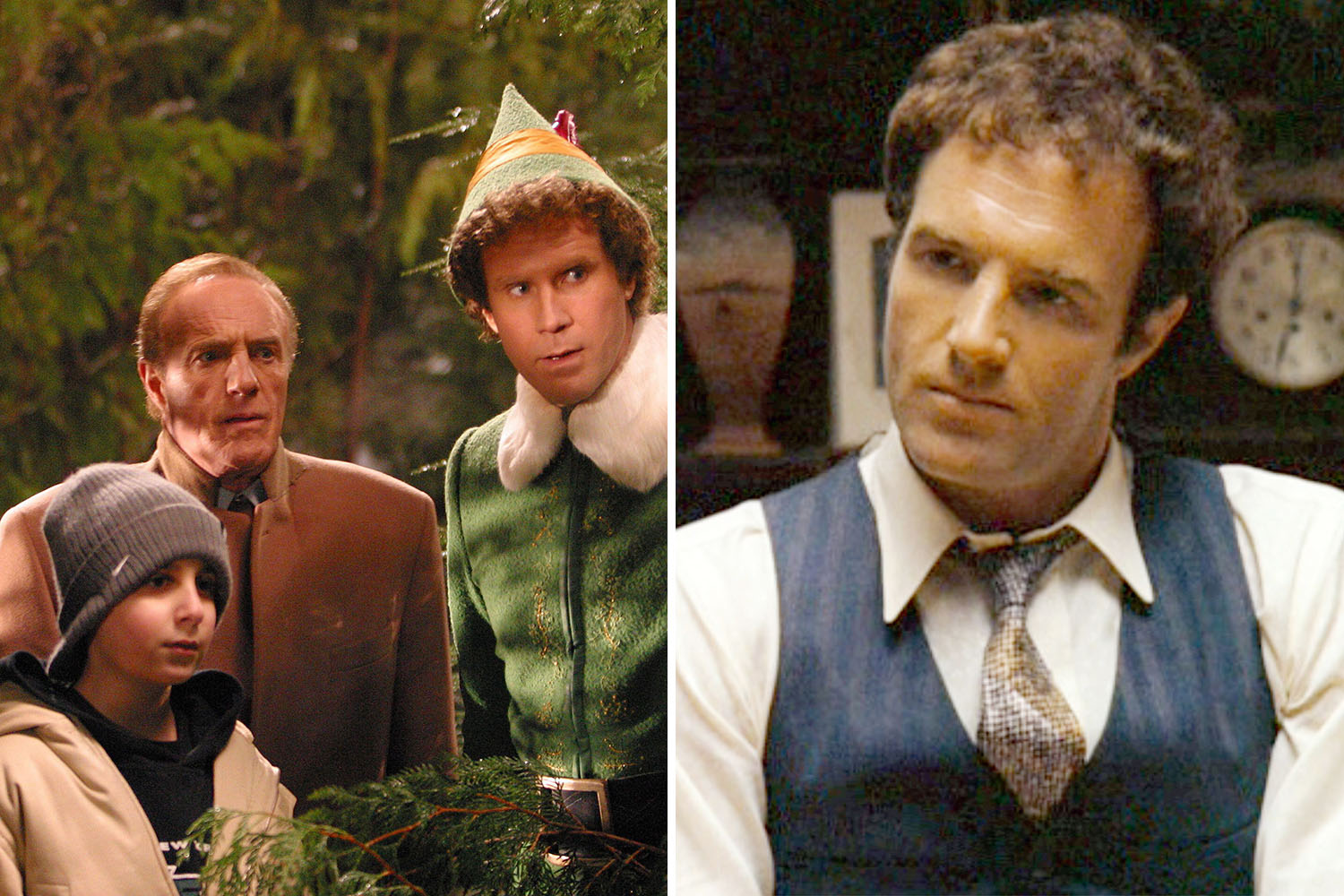 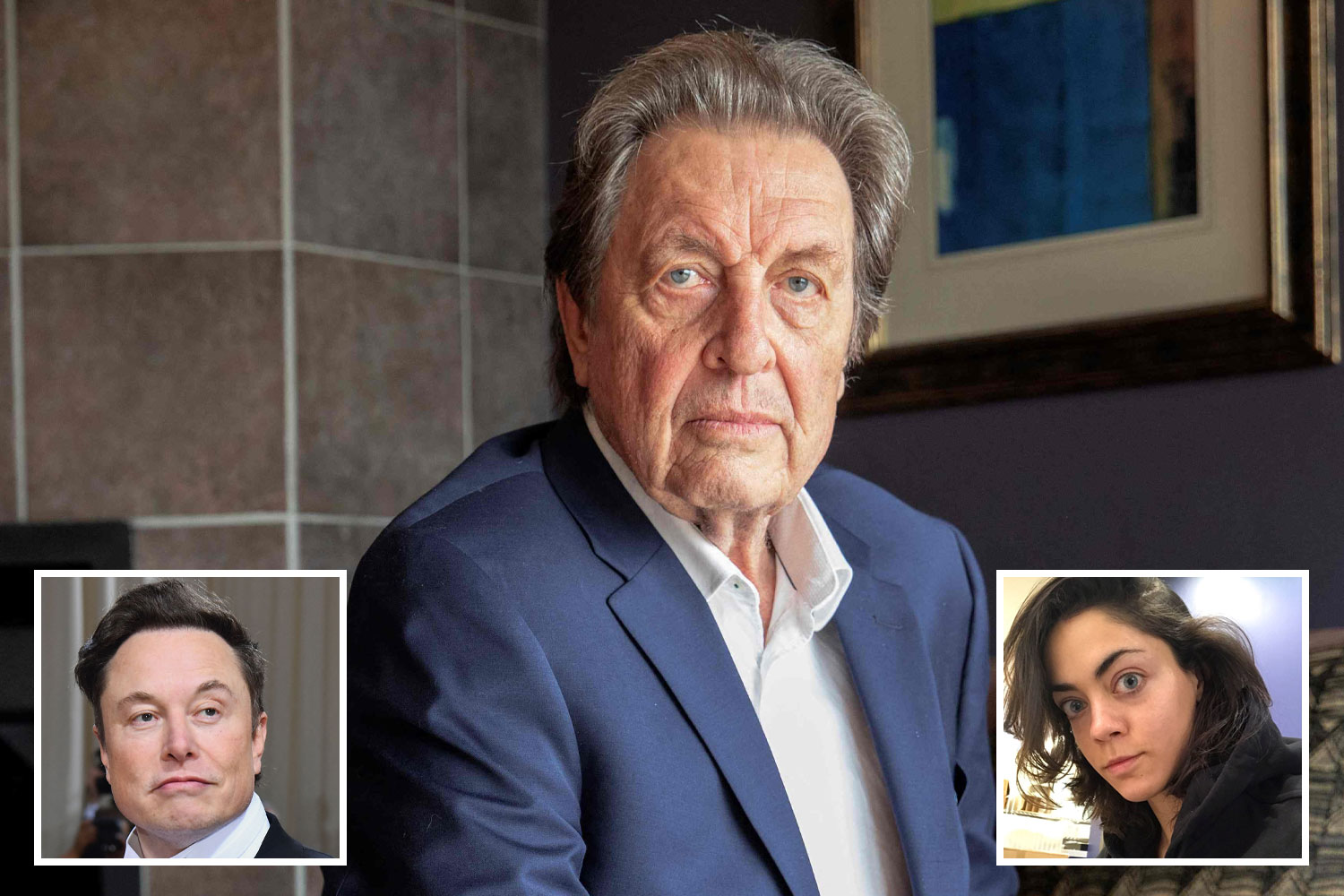 "It was clear water, a calm day, and she had a swimming buddy," the mom-of-four added.

Michelle is optimistic that her "tough and strong" daughter will adjust well to this major life change and said Addison's attitude remains positive. 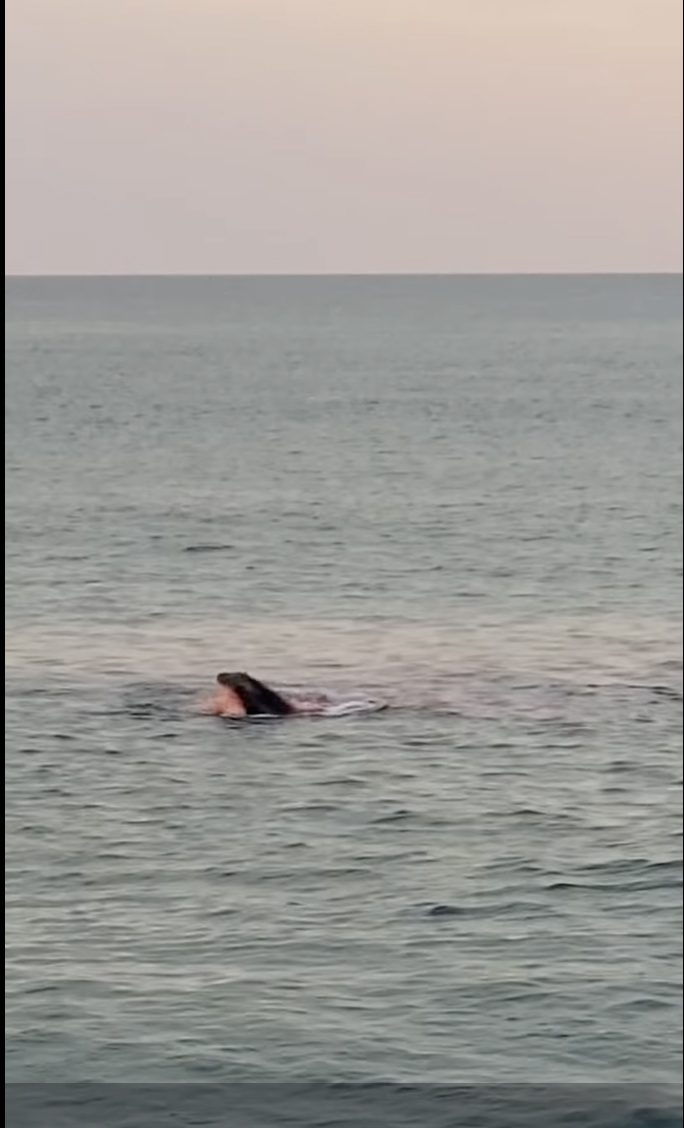 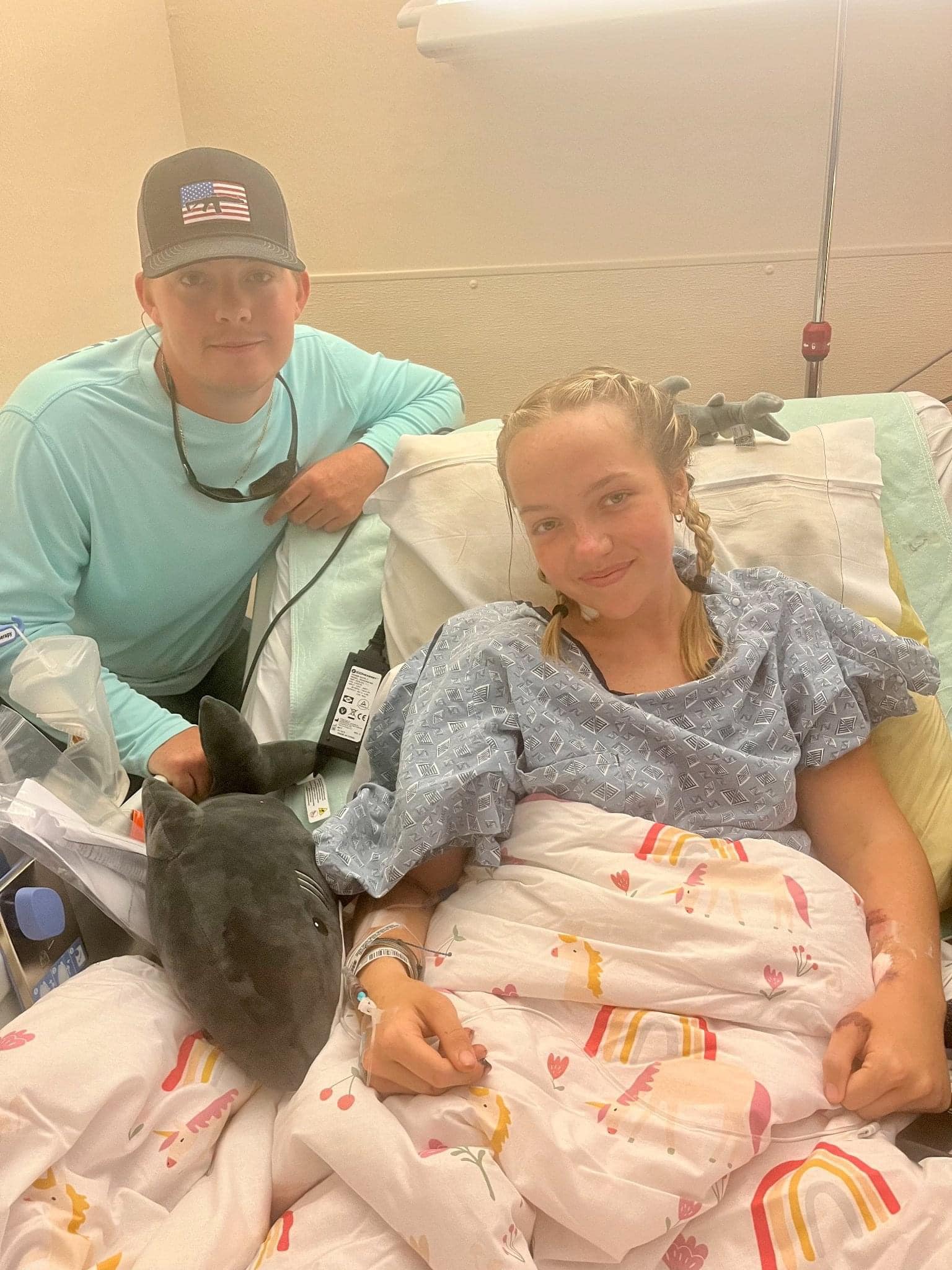