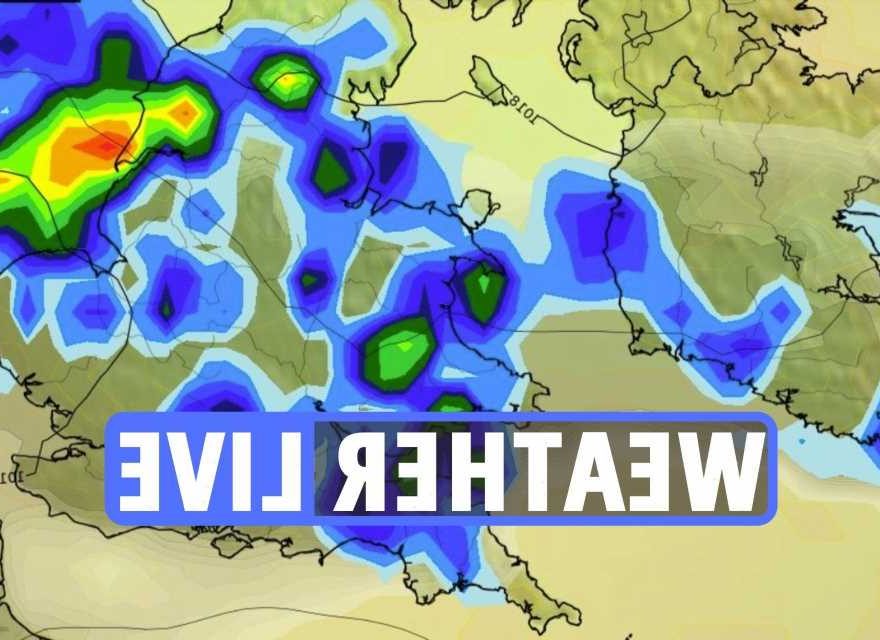 BRITS celebrating the Platinum Jubilee could see street parties turn into a WASHOUT today as a severe thunder warning is put in place.

A yellow weather warning for thunder – which brings with it alerts for power outages – could put a dampener on Brits hoping to celebrate the Queen’s Platinum Jubilee.

And while many parts within the warning area are unlikely to see a thunderstorm, the Met Office said but it was not possible to accurately predict where they would hit.

A Met Office warning reads: “Thunderstorms and areas of rain are expected to develop over parts of England and Wales during the early hours of Sunday.

Torrential downpours are likely in a few places with parts of the Midlands, East Anglia and southeast England most at risk. Some places could see 15-20 mm in an hour, and perhaps up to 50 mm before storms fade, and hail may affect a few spots.

“These thunderstorms will slowly spread into southern parts of northern England on Sunday morning before easing.

“These may give some heavy downpours with a further 10-20 mm possible in some places.”