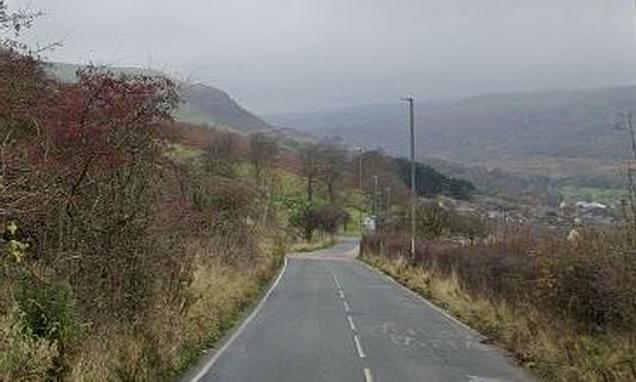 Women aged 30 and 79 die and boy, three, is rushed to hospital after car crash between their Citroen and Ford Ranger driven by 22-year-old man who was also injured

Two women have died and a three-year-old boy was injured in a crash with a large, pick-up truck near a slate quarry in South Wales.

The women, aged 30 and 79, and the child were in a blue Citreon C3 on Fochriw Road in Bargoed, when they collided with a white Ford Ranger on Tuesday at 10.15am.

The boy was injured and taken to hospital where he remains in a stable condition.

Gwent Police confirmed the crash involved two vehicles, a blue Citroen C3 and a white Ford Ranger. Two women aged 30 and 79 who were travelling in the Citroen sadly died as a result of the collision. A three-year-old boy in the same vehicle was taken to hospital with injuries. 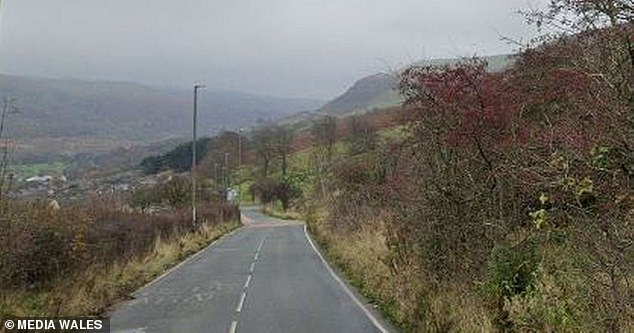 Two women aged 30 and 79 have died and a three-year-old boy have been injured after their car was involved in a collision with a Ford Ranger driven by a 22-year-old man. The crash happened on this road in South Wales

Police officers said their next of kin have been informed and the family is being supported by specially trained officers. A 22-year-old man who was in the Ford Ranger was taken to hospital with serious injuries, where he remains in a stable condition. The road was closed for around 12 hours and reopened at 10.20pm.

An air ambulance attended the scene along with five rapid response vehicles and two ambulances. The road was closed until well into the evening. Due to the remote nature of the road, emergency services and traffic monitoring systems initially reported the incident as taking place near the A465 and Merthyr Tydfil.

A spokesman for the Welsh Ambulance Service said: ‘We were called today at approximately 10.40am to a serious road traffic collision involving two vehicles near Mountain Hare in Merthyr Tydfil. We deployed five rapid response vehicles, two emergency ambulances, and were supported by South Western Ambulance Service who deployed an air ambulance. I’m afraid we have no further information at this time.’

A Gwent Police spokesperson said: “We’re appealing for information following a fatal road traffic collision that happened at about 10.15am on Tuesday, July 19.

‘It happened on Fochriw Road, close to the slate quarry. A blue Citreon C3 and a white Ford Ranger were involved in the collision.

‘Two women in the Citreon, aged 30 and 79, have died and a 3-year-old boy was injured and taken to hospital where he is stable.

‘The family is being supported by specially trained officers.

‘A 22-year-old man who was in the Ford Ranger was taken to hospital with serious injuries, where he remains in a stable condition.

‘If you were travelling on that road at the time of the collision, have dashcam footage, or any information that could help the investigation please call us on 101, quoting, 2200241300 or you can DM us.’