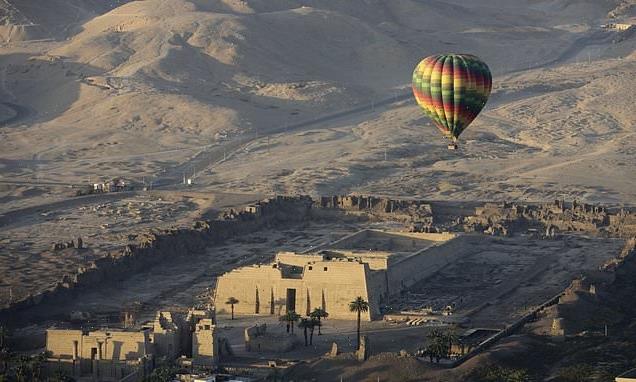 Egyptian authorities suspended hot air ballooning over the ancient city of Luxor after two tourists were lightly injured during a ride early on Monday.

According to a statement from the Ministry of Civil Aviation, a hot air balloon with 28 tourists drifted off course but eventually landed. The two injured tourists were taken to hospital for treatment, it said.

The statement did not say how the injuries occurred or elaborate on the nationalities of the tourists. It said only that the balloon was at an altitude of 200ft when it veered off course. 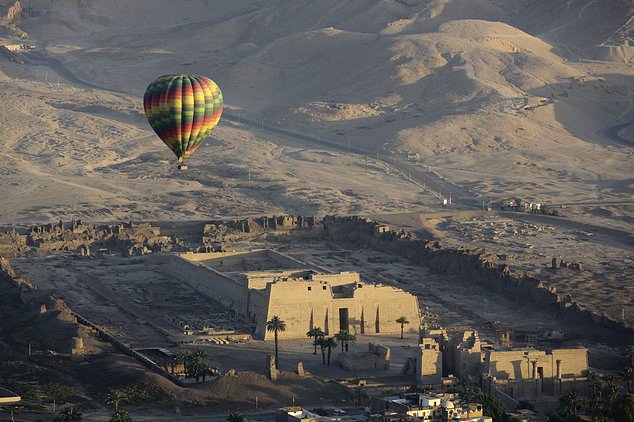 Two tourists were ‘lightly injured’ after a hot air balloon veered off course at 200ft and then crash landed while flying near Luxor, in Egypt (file image)

The ministry said ballooning would not resume until an investigation to determine the cause of Monday’s incident is completed.

Hot air ballooning over Luxor, 320 miles south of Cairo, is popular as it offers tourists spectacular views of ancient temples.

However, ballooning accidents are not uncommon. A hot air balloon crash near Luxor in 2013 killed 19 tourists, likely the deadliest such accident on record.