THESE giant hippos asserted their dominance as they locked horns by a river in Botswana.

The beasts can often weigh upwards of 2,000kg (315 stone) and are considered to be one of the most dangerous animals in Africa. 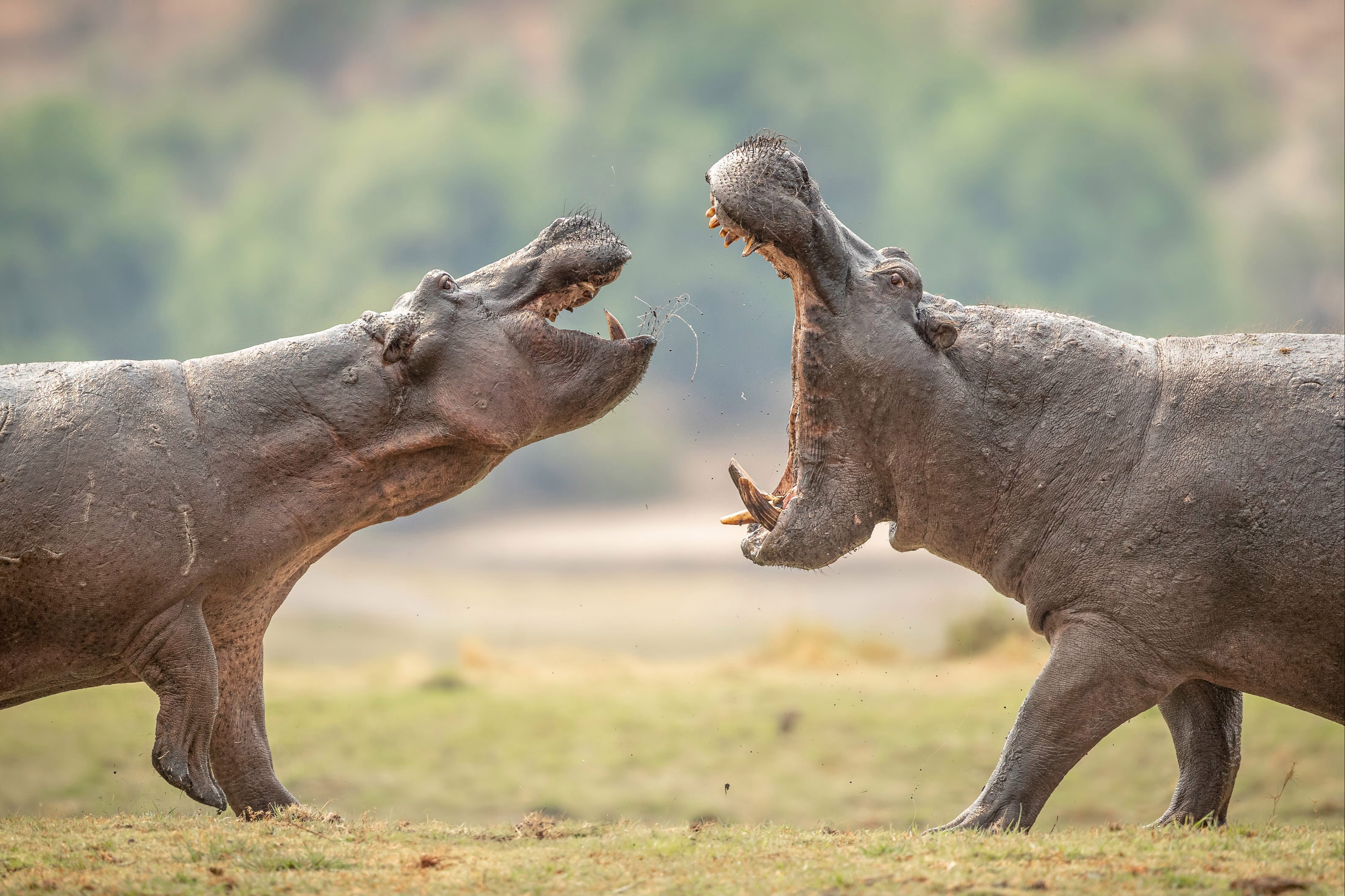 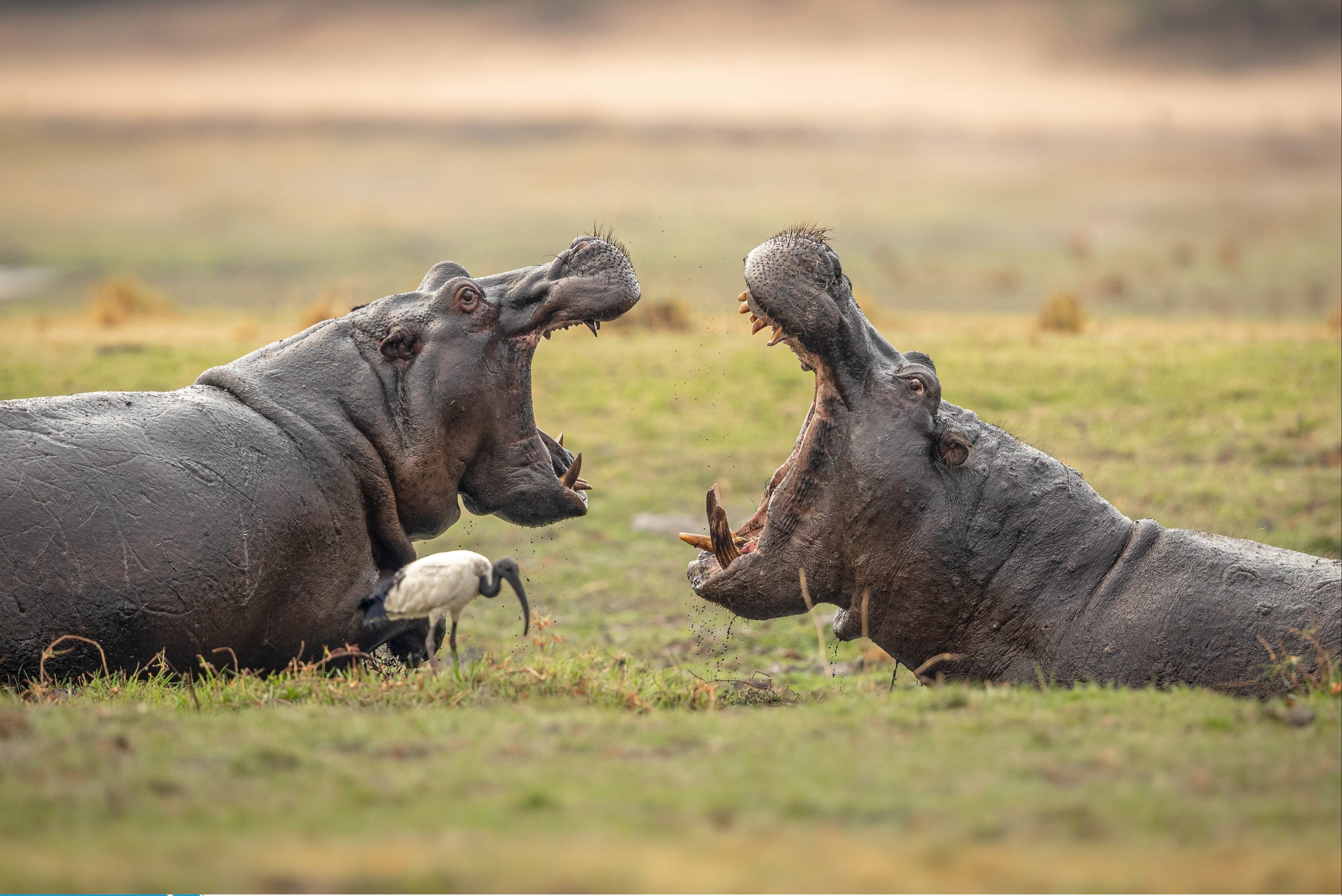 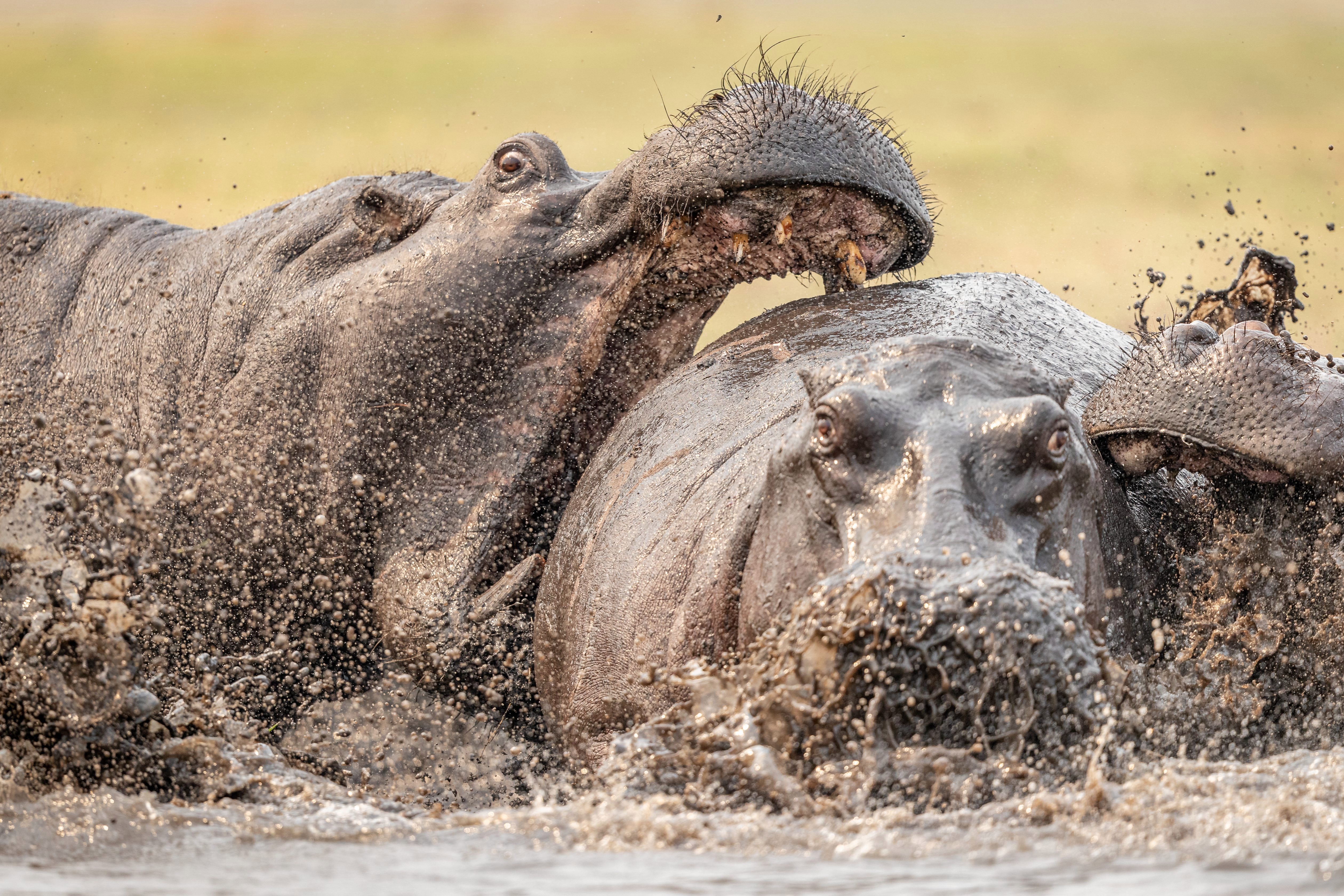 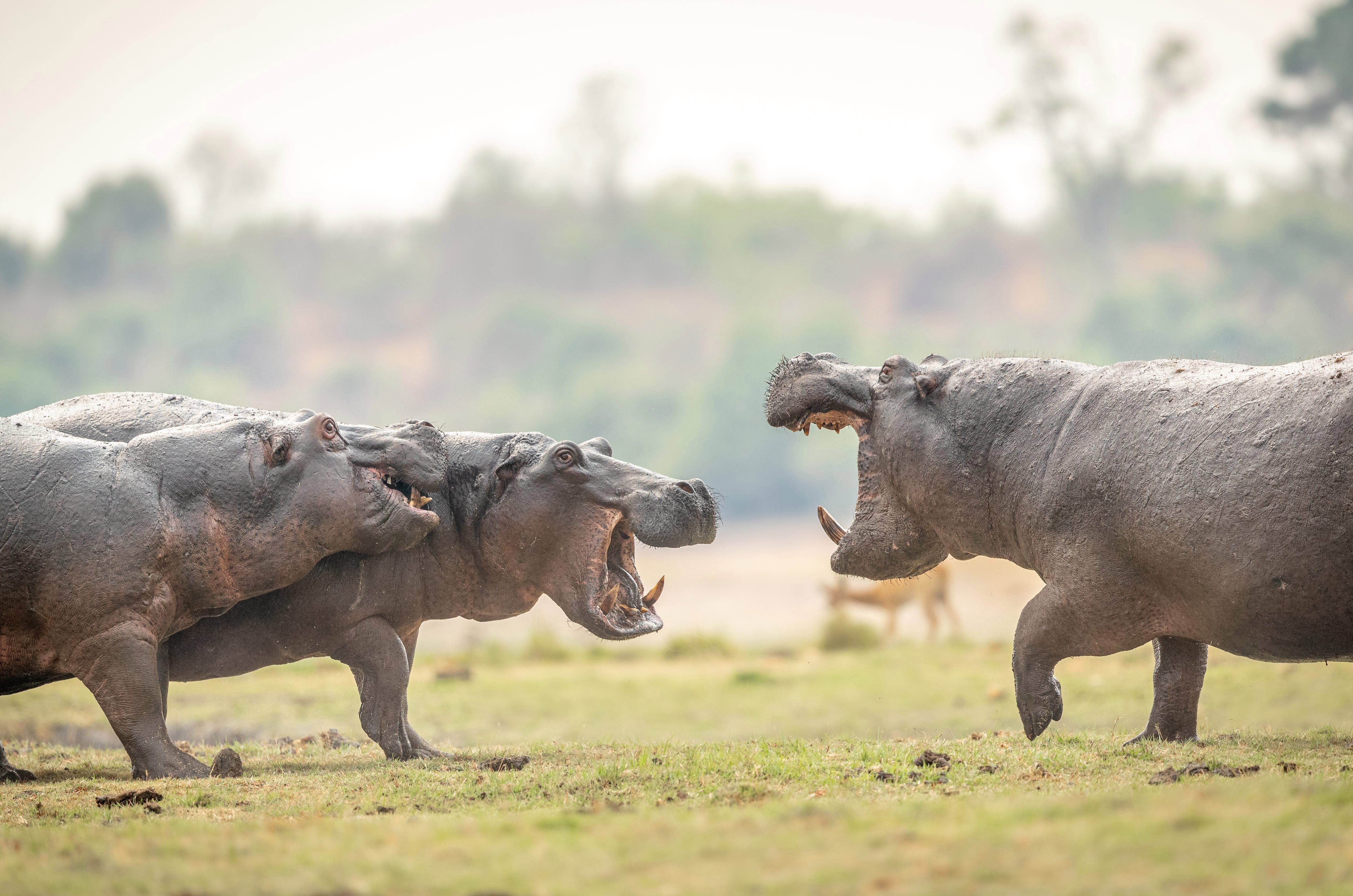 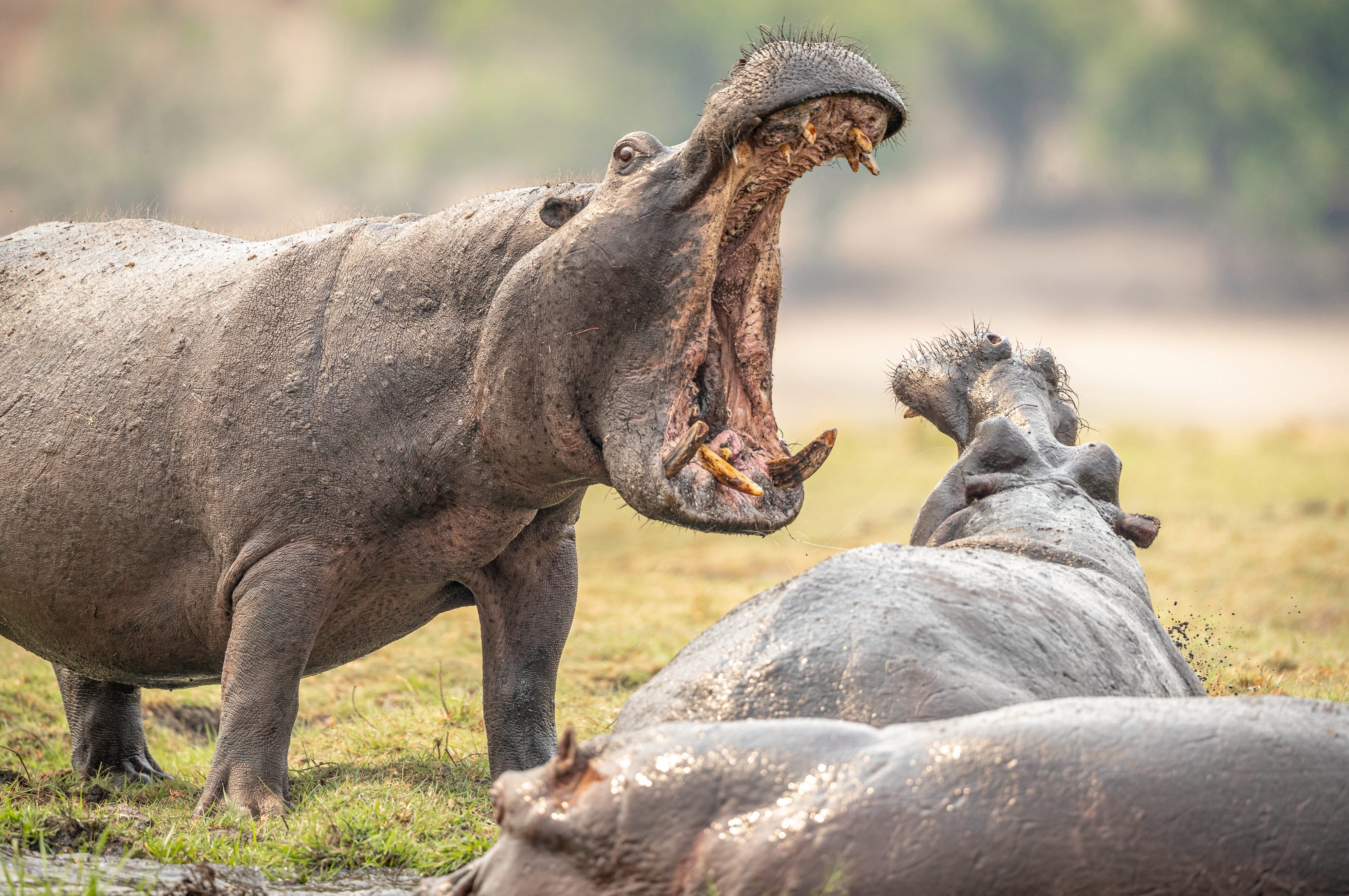 Hippos, which often fight over mating partners and land, open their wide jaws to show off their power.

The photos appear to show a female hippopotamus trying to protect her son from an older beast who wanted to chase them from his territory.

The snaps were taken on the Chobe River, in Botswana, by South African wildlife photographer Charl Stols.

The 40 year old said: "I arrived and the fight was already underway.

"By the looks of it, the female hippo was protecting her son from an older male who wanted to chase them from his territory.

"I watched this fight unfold for around ten minutes, before they both retreated into the river and went in separate directions."

Charl, who now lives in Botswana, added: "This wasn't my first experience of a hippo fight, so I knew what to expect when I heard the squealing sounds." 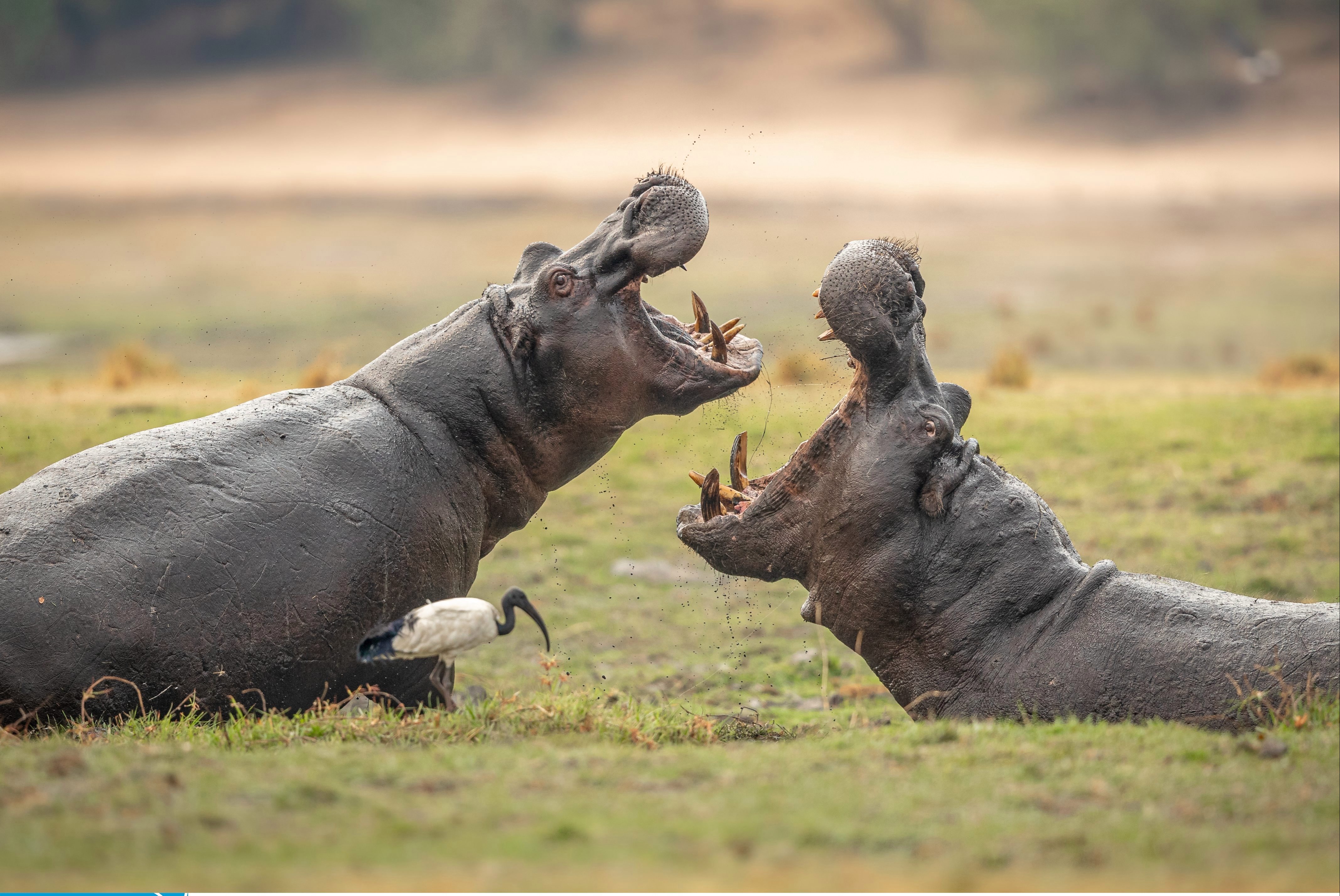 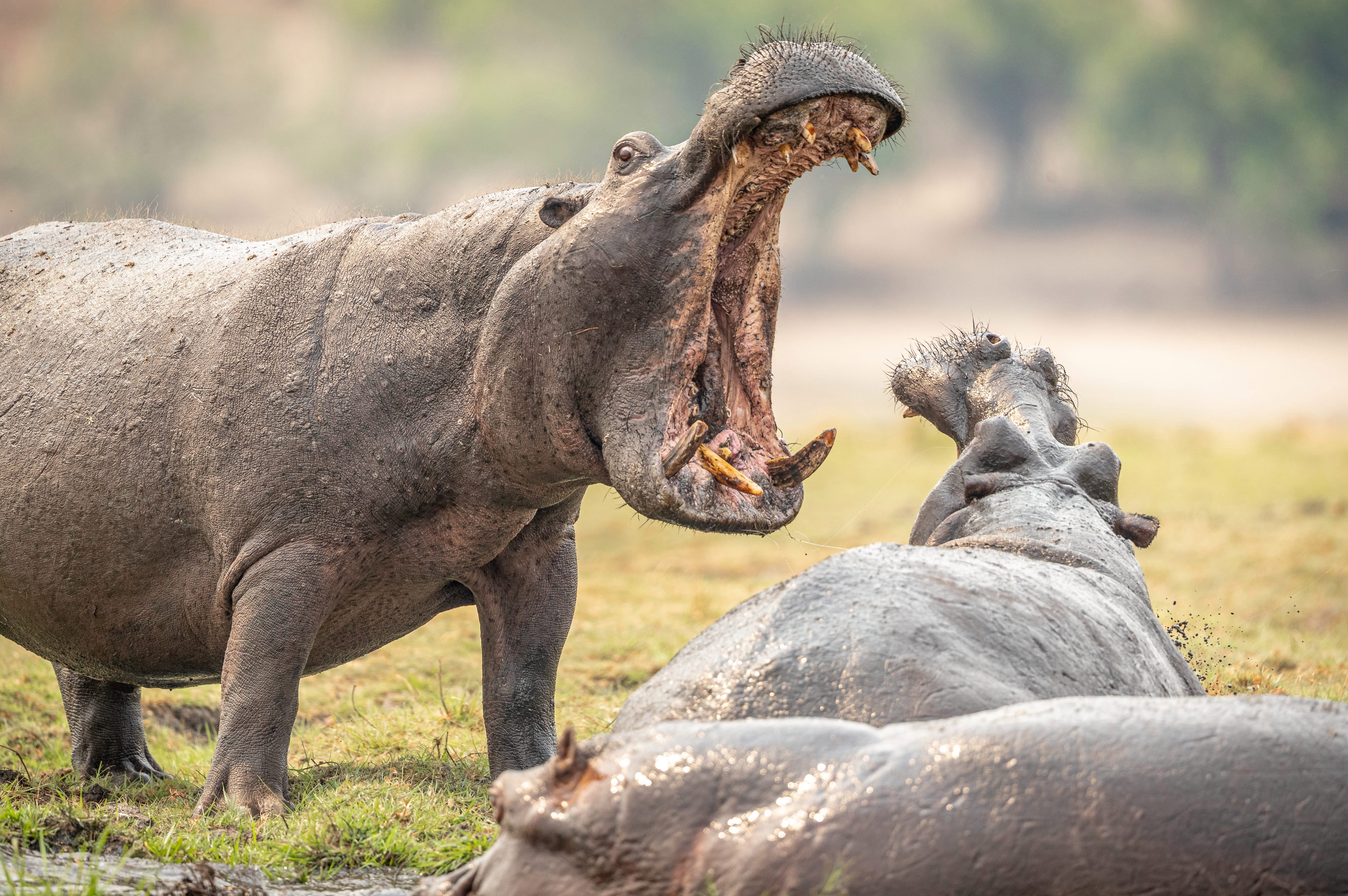 The photographer was relieved that neither hippo was hurt following the battle.

He said: "It's always exciting to see interactions like this, and it never fails to set your heart racing.

"Thankfully, neither of the hippos were injured – which was a happy ending to such a brutal interaction."

Hippos tend to live in herds of around 10-20 mammals and are often led by a dominant male.

Their eyes, nose and ears are positioned on the top of their head which means they can see and breathe while under water.

In the wild, the beasts tend to live for 40 years but in captivity, their life expectancy is around 50 years. 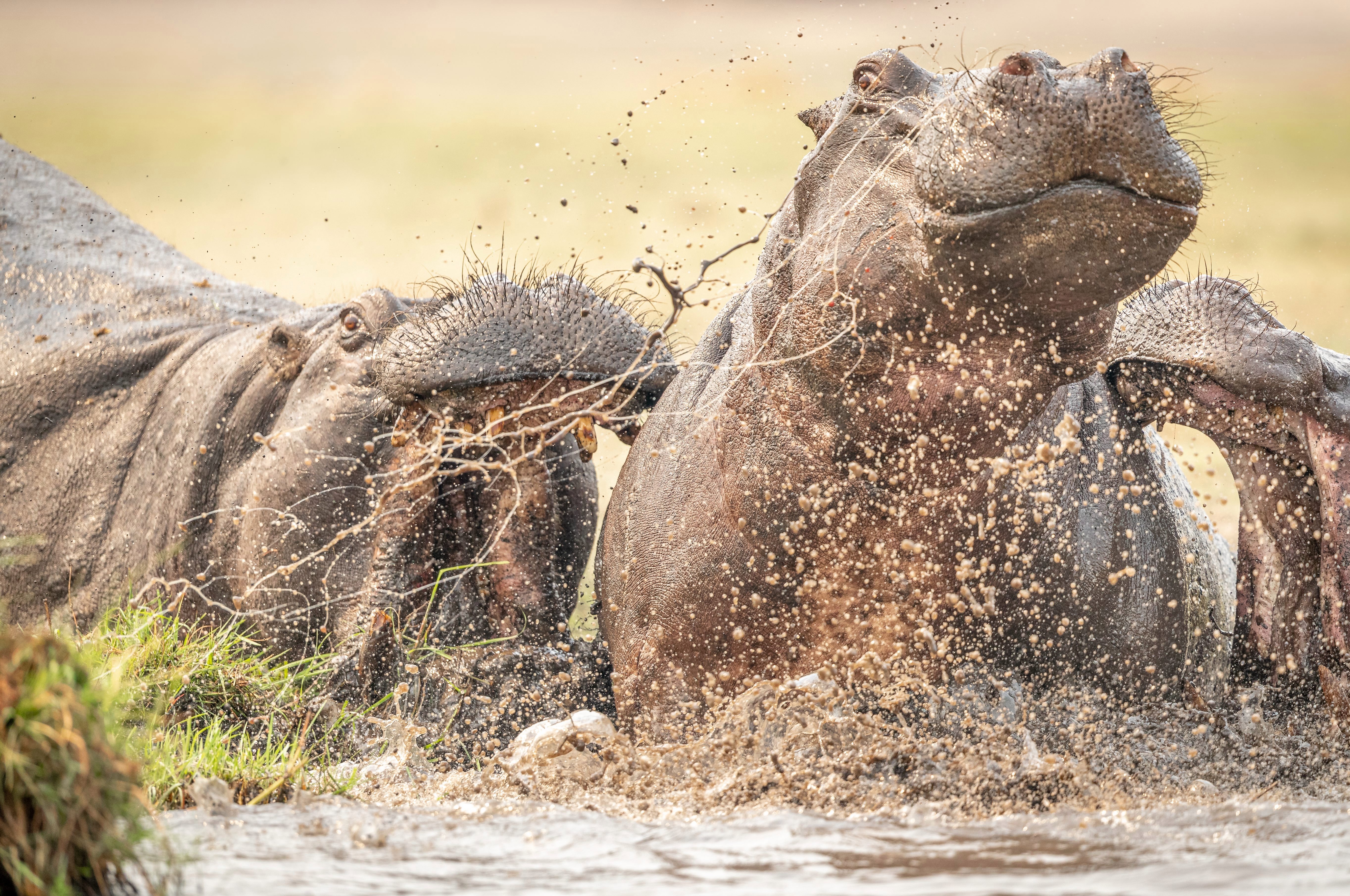 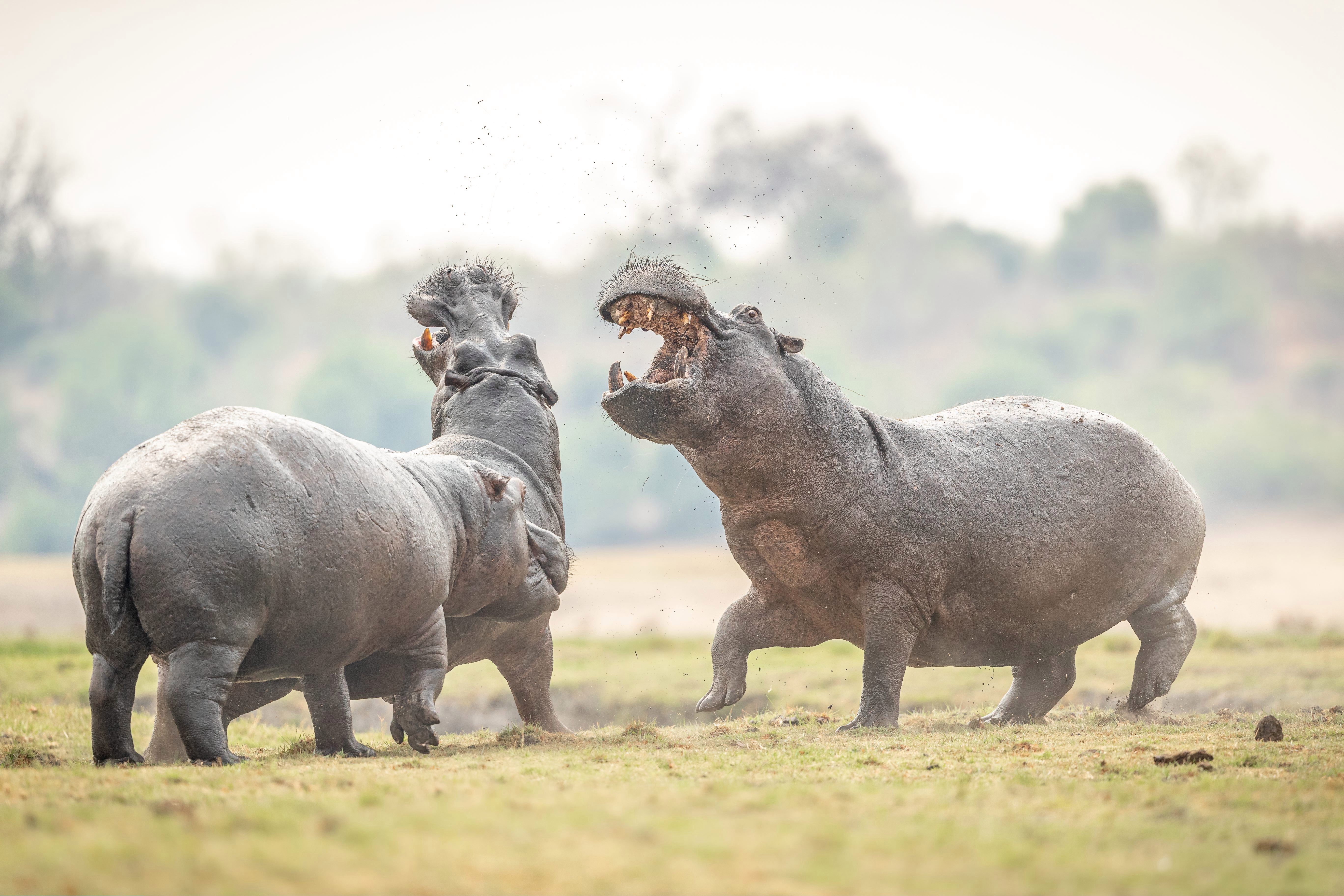