Whale watchers have been treated to an epic acrobatic display from two humpback whales in Sydney Harbour.

The two adult humpbacks swam through the harbour on Friday and showed off their impressive repertoire for onlookers for more than an hour.

Go Whale Watching photographer John Goodridge told SMH the whales could be seen breaching and flapping their tails off South Head to the delight of spectators. 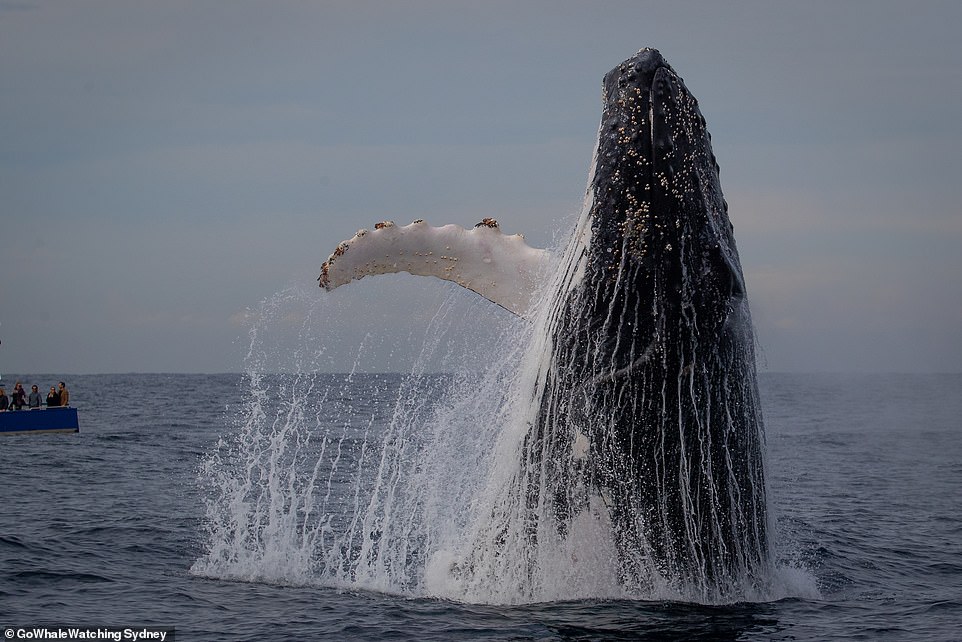 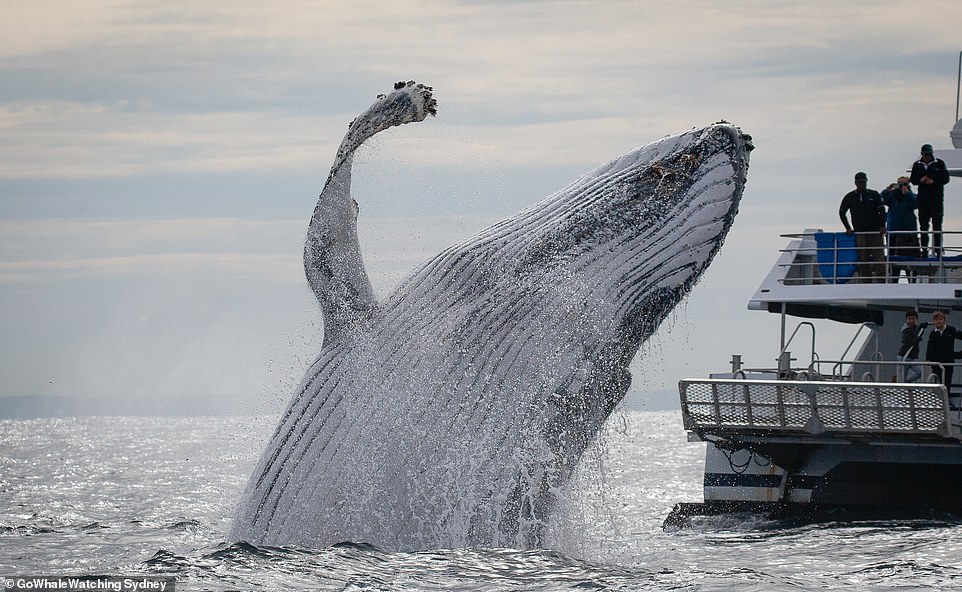 The whales showed off their impressive skills for spectators for more than an hour, showcasing all of their tricks for delighted spectators

‘Everyone was pretty happy, there’s been lot’s of feedback from the trip,’ he said. ‘It was the best of the season, for sure.’

Mr Goodridge said it was unusual for the whales to perform for so long, as spectators will see about 10 to 15 minutes of whales in action on an average tour. 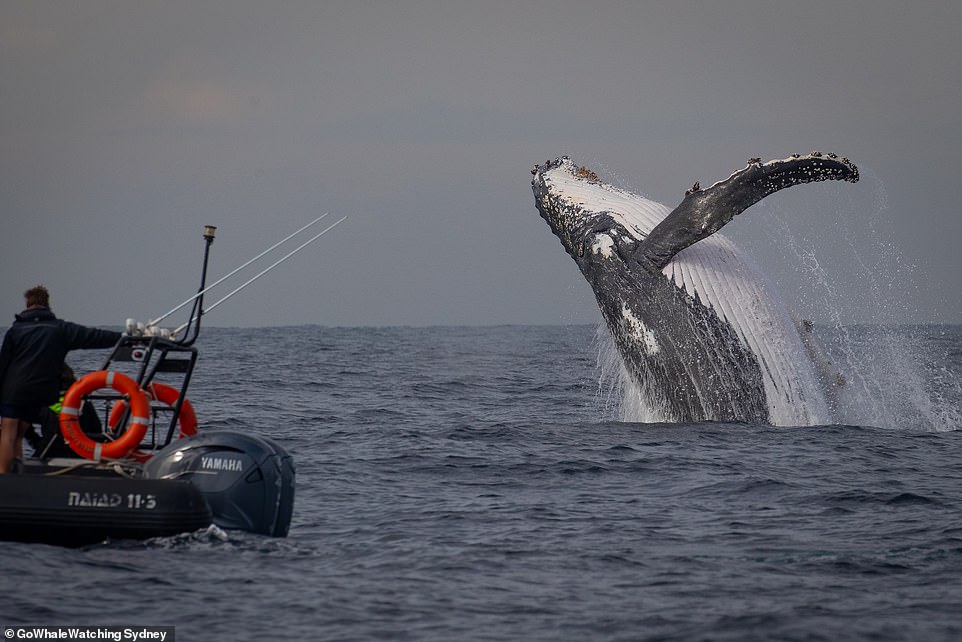 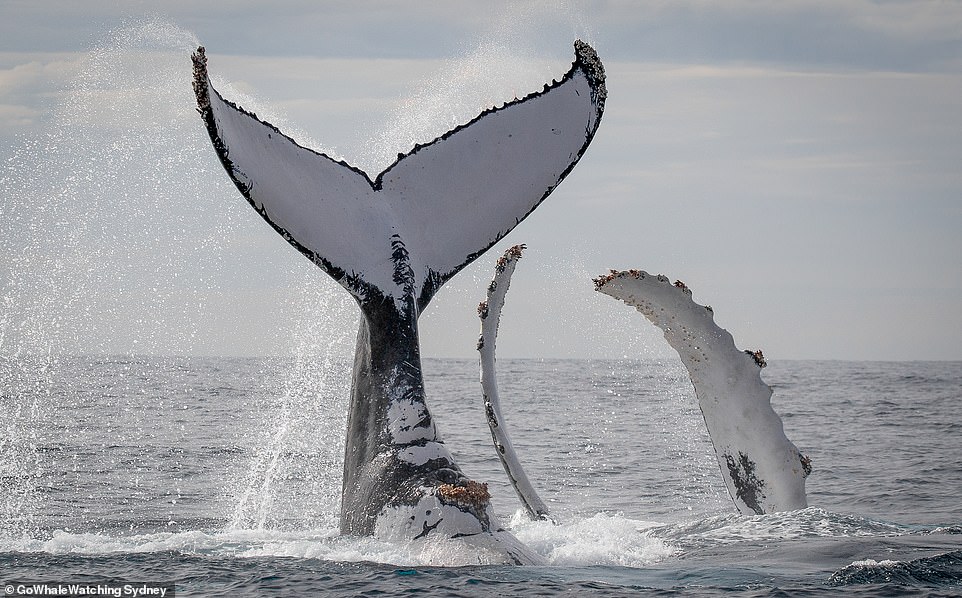 Humpback whales can weigh up to 40-tonnes and reach 16 metres in length.

They can live for up to 90 years and eat krill and small fish by straining water through their baleen plates.

Humpbacks are a favourite for whale watchers as they are typically most active on the surface.

Go Whale Watching has endured a tumultuous few months from the horror bushfire season and the coronavirus pandemic.

They closed due to the fires over the summer period before missing Easter due to COVID-19 restrictions, but managed to open for their winter season in June.

‘They lost all their business,’ Mr Goodridge said. ‘They were just getting back on track at the beginning of the whale watching season and then COVID-19 restrictions hit pretty hard.’

Fifty spectators are able to safely board their whale watching boats amid current sanctions, providing a much-needed cash influx for the company.

Mr Goodridge said the 40-tonne whales were breaching less than 20 metres from their whale watching boat and swam between other boats to show off their skills.

There are many theories as to why whales breach out of the water. Some believe they are communicating with each other, attracting or warning off other whales.

Others think they are attempting to remove  communicate barnacles and parasites from their skin.

Mr Goodridge said the whales show was the best he had ever seen.

‘These whales in particular just tended to go from one vessel to the next, it’s almost like they were playing with the boats,’ he said. 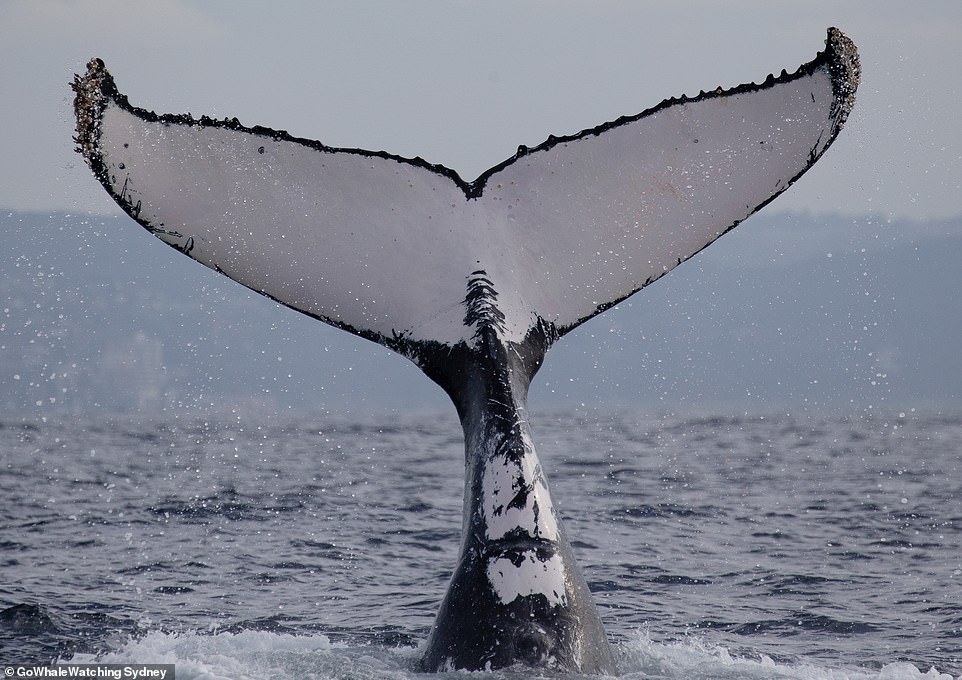 Whales in the wild have an array of different manoeuvers. Some are considered a form of communication or aggression.

Breaching is when all or most of a whale’s body leaves the water. Humpback whales breach more than other types of whales.

This is when a whale slaps part of their body onto the water to make a loud slapping sound. This is considered to be a sign of aggression.

This is when a whale lifts its head up so that it’s eyes come out above the water to see what is on the surface.

This is how whales breathe. Air, water vapour and mucus is dispersed when a whale blows.

Whales do not breathe involuntarily and must be consciously aware of breathing, even when they sleep.