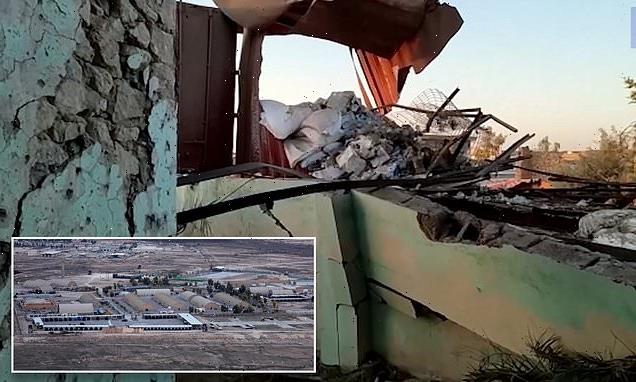 Two American service members have been injured after an air base in Iraq came under attack from at least 14 rockets.

The Ain al-Asad air base, which hosts U.S. and other international forces, was targeted on Wednesday – the same day that Kurdish-led forces in Syria said they thwarted a drone attack in an area where U.S. forces also operate.

There were no immediate claims of responsibility for the attacks – part of a wave targeting U.S. troops or areas where they are based in Iraq and Syria.

Scenes of the Ain al-Asad base in Iraq, which on Wednesday came under attack

At least 14 rockets were fired onto the base, officials said – likely on the orders of Tehran 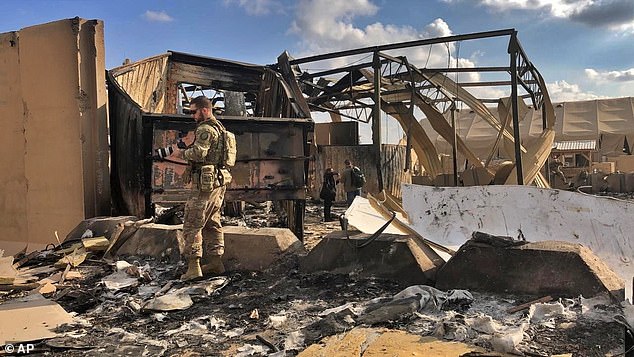 The Ain al-Asad air base is seen in January 2020, with U.S. soldiers and journalists inspecting the rubble at a site of Iranian bombing. On Wednesday the base was once again under attack 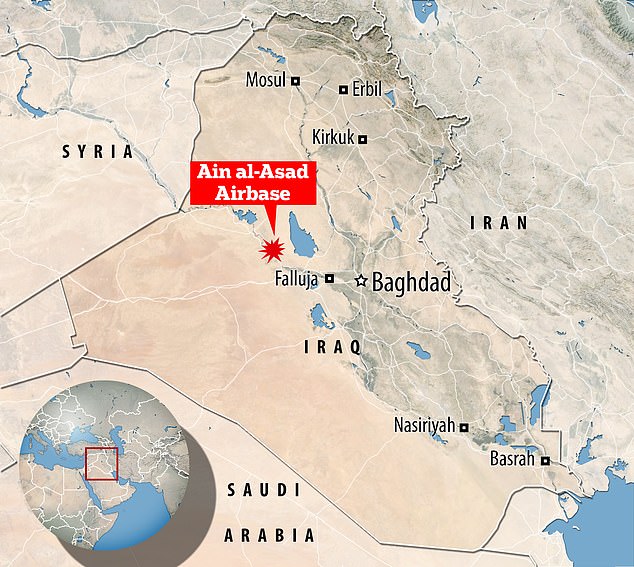 Analysts believe, however, that they are part of a campaign by Iranian-backed militias. Iraqi militia groups aligned with Iran vowed to retaliate after U.S. strikes on the Iraqi-Syrian border killed four of their members last month.

The rockets landed on the base and its perimeter.

One suffered a concussion and the other had minor cuts, one of the officials added.

In Syria, the U.S.-backed Syrian Democratic Forces said no damage was done by the drone attack on the Al Omar oil field.

The oil field is in an eastern area bordering Iraq, where U.S. forces came under rocket fire but escaped injury on June 28.

The Pentagon said a drone had been brought down in eastern Syria and that no U.S. service members had been injured and there had not been any damage.

Iraqi military sources said a rocket launcher fixed on the back of a truck was used in Wednesday’s attack and was found on nearby farmland set on fire.

On Tuesday, a drone attacked Erbil airport in northern Iraq, targeting a U.S. base on the airport grounds, Kurdish security sources said.

The United States has been holding indirect talks with Iran aimed at bringing both nations back into compliance with the 2015 Iran nuclear deal, which was abandoned by then-President Donald Trump.

No date has been set for a next round of the talks, which adjourned on June 20. 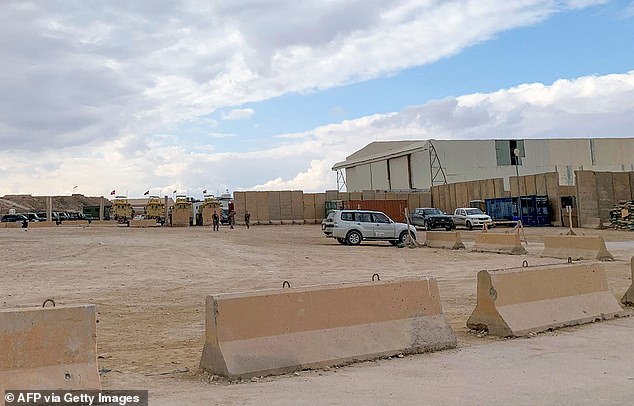 An image from inside the Ain al-Asad air base, taken in January 2020. The base is home to U.S. and other international forces

Hamdi Malik, an associate fellow at the Washington Institute and a specialist on Iraq’s Shi´ite militias, told Reuters the attacks were part of a coordinated escalation by Iranian-backed militias in Iraq.

The attempt to strike in eastern Syria appeared to be the first example of operations being carried out simultaneously in both countries.

‘It seems to me they have the green light from Iran to escalate, especially given that the nuclear negotiations are not going well,’ he said.

‘But at the same time, they do not want to escalate beyond a certain point – they are more vulnerable to U.S. air strikes than they used to be – and they don´t want to overcomplicate the negotiations Iran is holding with the West.’

The United States told the U.N. Security Council last week that it targeted Iranian-backed militia in Syria and Iraq with air strikes to deter them and Tehran from conducting or supporting further attacks on U.S. personnel or facilities.