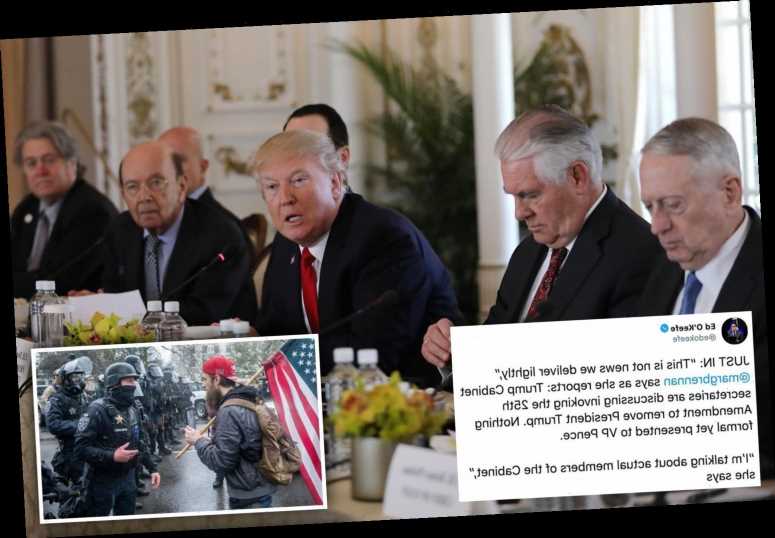 MOMENTUM is building to remove Donald Trump as president by invoking the 25th Amendment just two weeks before the end of his term, according to multiple reports.

The Cabinet secretaries and senior Republicans are said to be in discussions to put Vice President Pence in charge after a hundreds-strong pro-Trump mob stormed the US Capitol in Washington D.C on Wednesday as the violence left one woman dead. 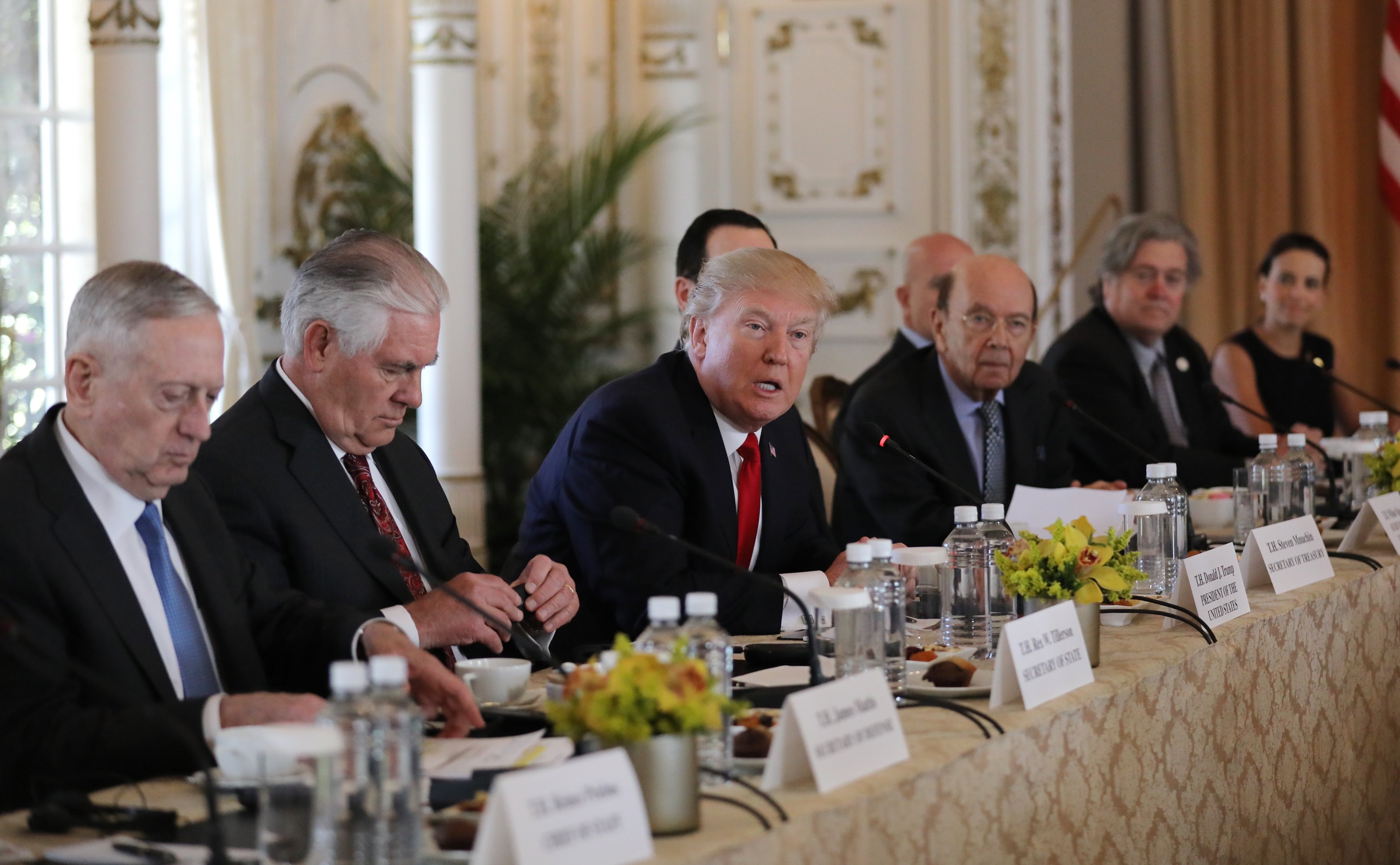 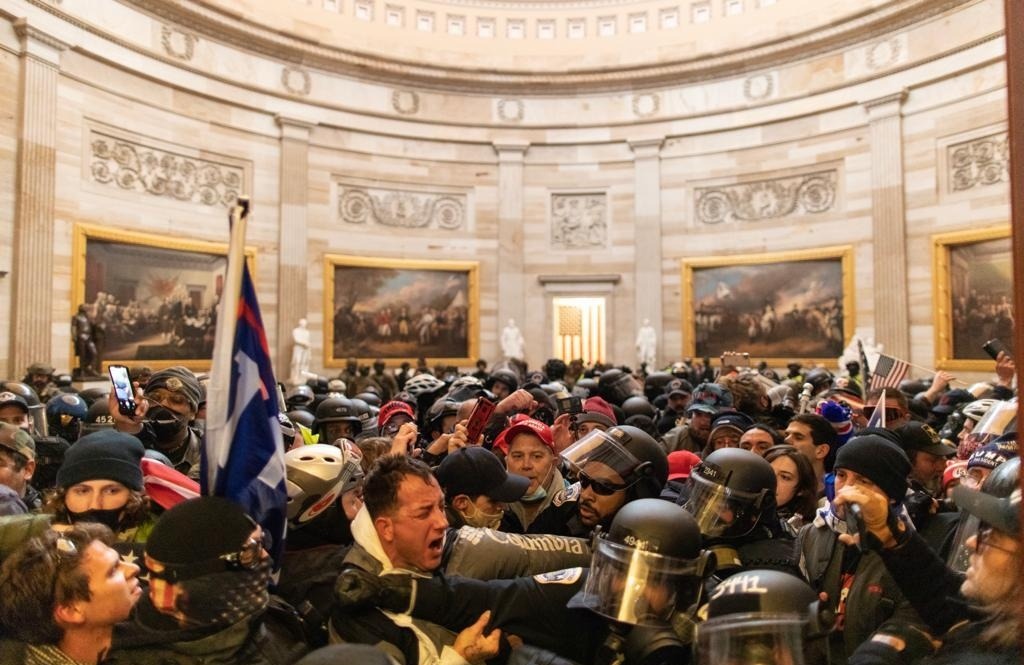 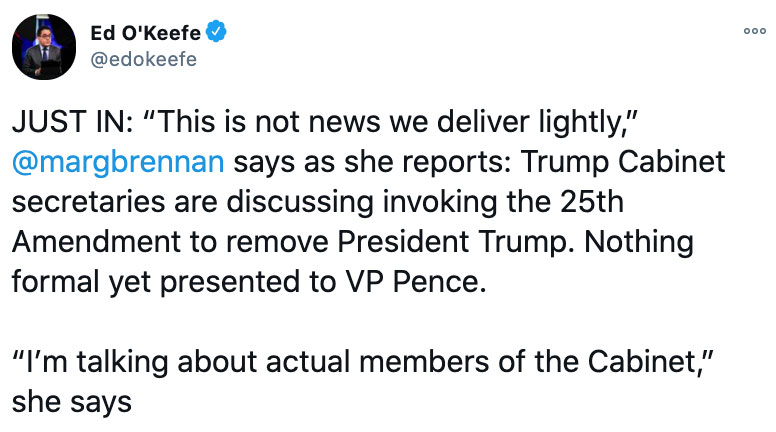 The 25th amendment of the United States Constitution allows the vice president to take office if the president should be "unable to discharge the powers and duties of his office".

“I’m talking about actual members of the Cabinet,” CBS News correspondent Margaret Brennan said, adding that "nothing formal (has) yet presented to VP Pence".

"Some cabinet members are holding preliminary discussions about invoking the 25th amendment to force Trump’s removal from office, a source familiar with the matter tells CNN," CNN's Jim Acosta wrote on Twitter.

"It’s unclear whether the effort would ultimately be successful at this stage." 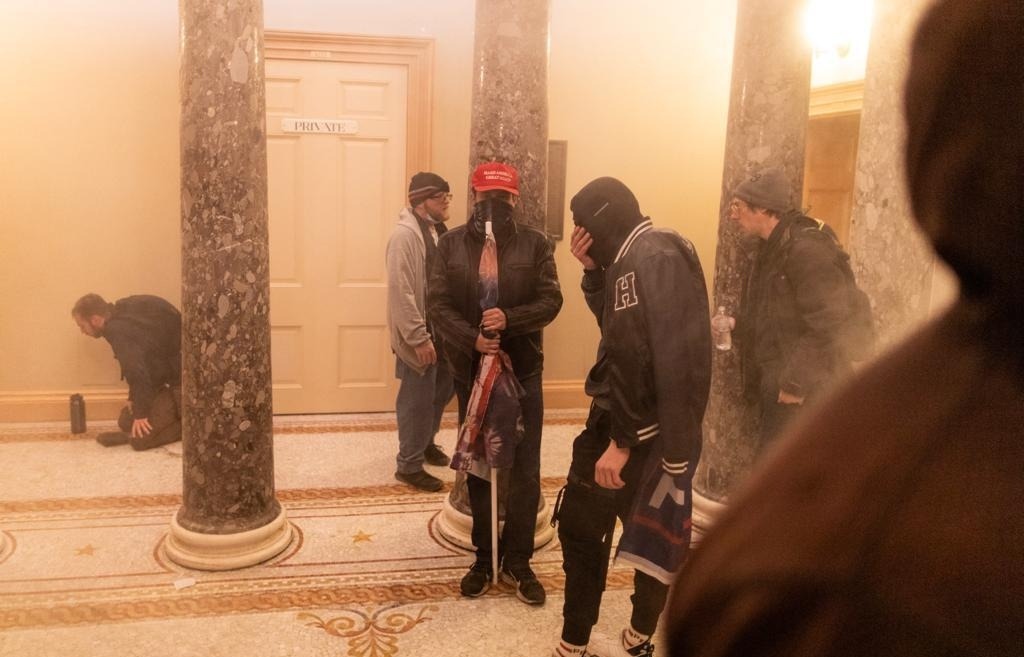 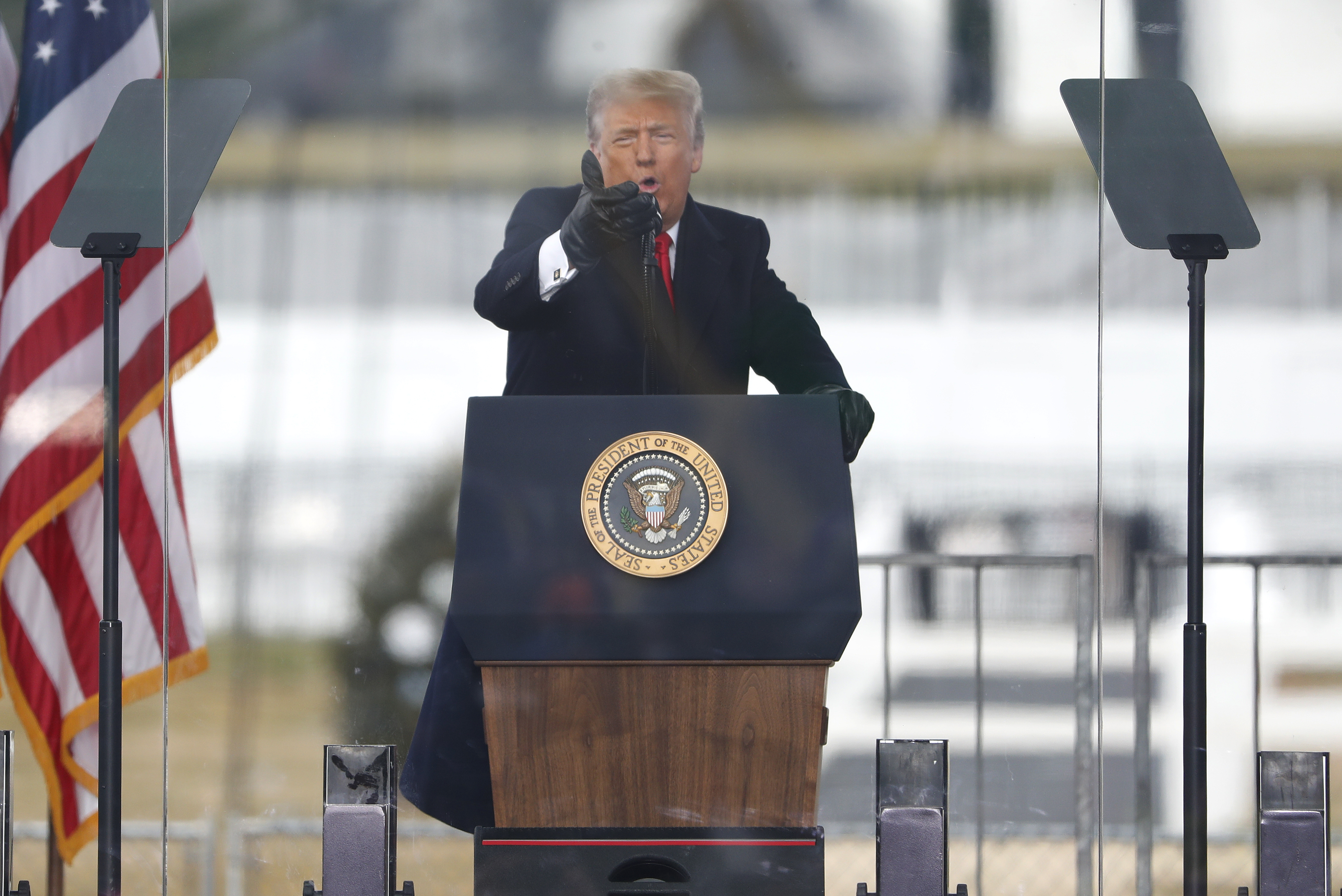 Senior State Department officials are encouraging 25th Amendment discussions along with other officials at the White House and other departments, according to two sources involved in the discussions, Axios reports.

Invoking the 25th amendment to remove Trump from office was a choice that nearly all GOP leaders previously passed on making during last year's impeachment trial. 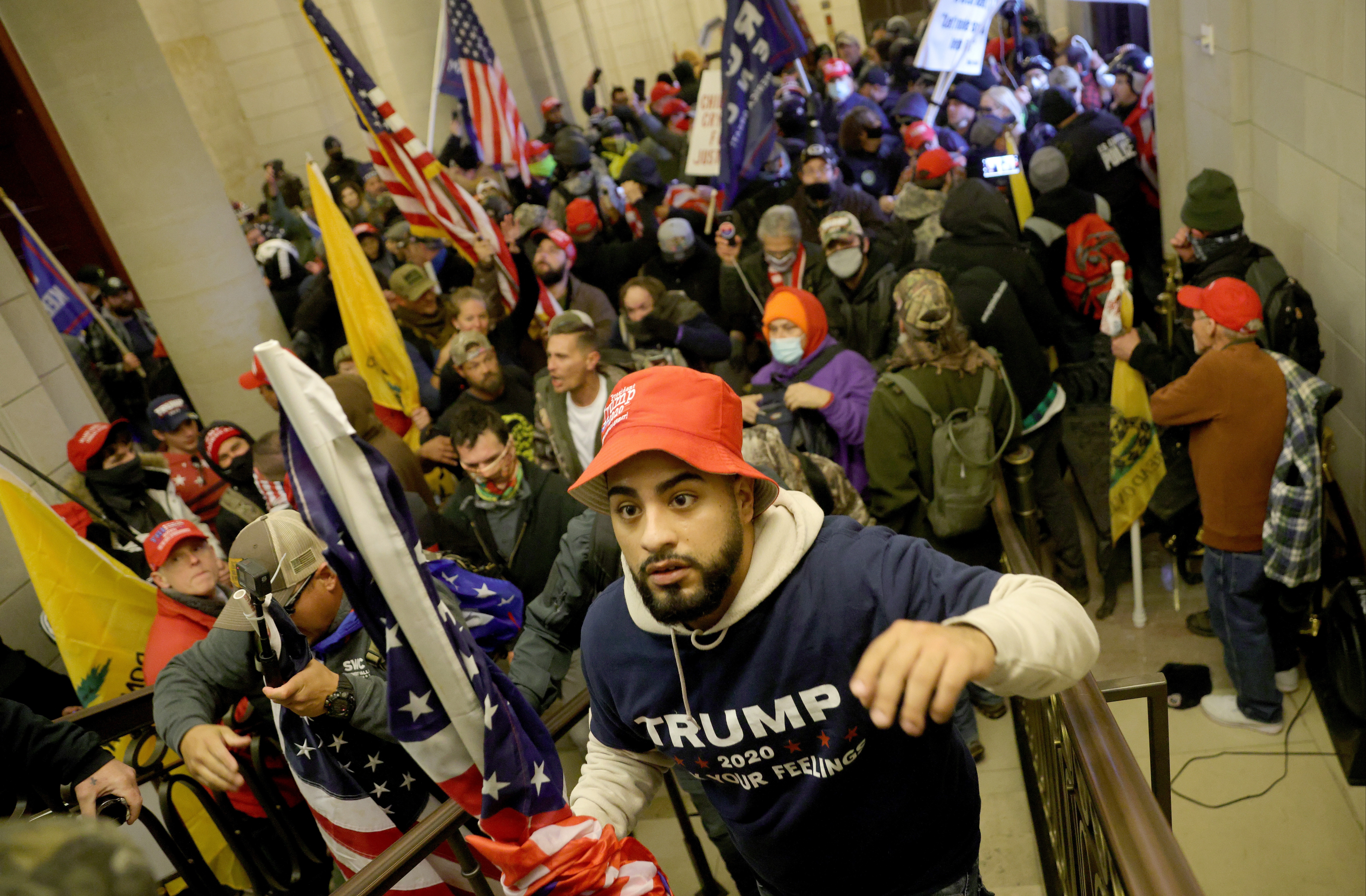 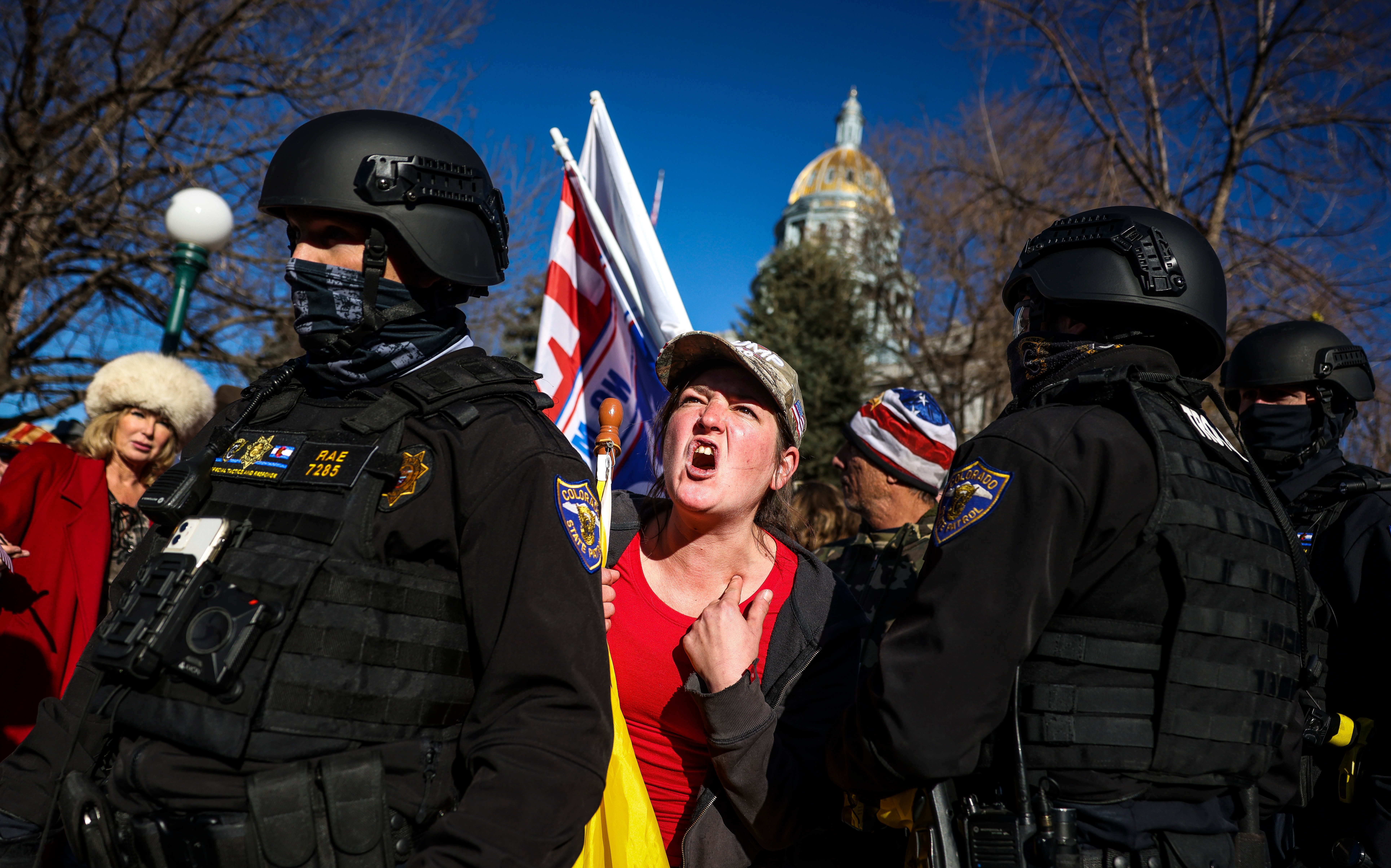 "In case of the removal of the President from office or of his death or resignation, the Vice President shall become President," the amendment reads.

Calls for the legislation to be invoked resurfaced after Donald Trump supporters ripped down fences and sieged the US Capitol building on January 6.

Hundreds of Trump supporters broke through barriers and sieged the Capitol building on Wednesday.

The chaos came as members of Congress were meeting to vote and certify Joe Biden as the winner of the presidential election.

Both chambers of Congress recessed debate over the 2020 electoral votes after the mob forced a lockdown at the Capitol and the evacuation of lawmakers and Vice President Mike Pence.

One woman was shot as bloody clashes erupted in Congress. She later died, according to police. Her husband has since identified her as Ashli Babbit, of San Diego, KUSI-TV reports.

California Rep. Ted Lieu called for the immediate removal of the president.

"This assault on our nation’s Capitol is a coup attempt and all those involved should be prosecuted as such," he wrote.

"Also, for those Dems saying we shouldn’t impeach @realDonaldTrump again? You are wrong."

"Now is the time for @VP @Mike_Pence to start the 25th Amendment process."

All the Democrats on the House Judiciary Committee later signed a letter to Vice President Pence, urging him to invoke the 25th Amendment to remove Trump.

Rep. Seth Moulton, D-Mass., called for Trump's removal through the 25th Amendment, which was ratified in 1967 in the wake of President John F. Kennedy's assassination in 1963.

"Trump is directly responsible for this insurrection and violence. He needs to be removed from office immediately. It is the Constitutional responsibility of Vice President Pence and the cabinet to exercise the power granted them by the 25th amendment," Moulton tweeted.

"Or Congress must immediately impeach and remove the President for the safety of our nation."

In a blistering statement directed at Donald Trump, he said today's events – in which he described "smashed windows (and) vandalized offices" – did not happen spontaneously.

"The president who promoted conspiracy theories and motivated these thugs, the president who exhorted them to come to the nation's capital….egged them on," Schumer said.

"He hardly ever discourages violence and more often encourages it.

"This president bears a great deal of the blame. This mob was in good part President Trump's doing, incited by his words, his lies.

"This violence in good part, his responsibility, his everlasting shame.

"Today's events certainly would not have happened without him."

House Speaker Nancy Pelosi unveiled her 25th Amendment plan to oust Trump in October, saying on Bloomberg TV that "the president is, shall we say, in an altered state right now."

Trump could also be impeached again, which requires a simple majority of the House and two-thirds of the Senate for removal, writes SFGate.

By impeaching and removing Trump, even at this late stage of his term, the Senate could subsequently vote to disqualify Trump from ever holding federal office again, CNN reports.

On the other hand, invoking the 25th Amendment would requirePence and a majority of the Cabinet to vote to remove Trump from office due to his inability to "discharge the powers and duties of his office" – an unprecedented step.

Bush – who didn't mention Trump by name – said he was "appalled by the reckless behavior of some political leaders since the election and by the lack of respect shown today for our institutions, our traditions, and our law enforcement".