DONALD Trump's B-52 bombers have arrived at a US base in Qatar to counter a "credible threat" of an Iranian missile strike as America bulks up its military presence in the Gulf.

Iran's Revolutionary Guards said today that Tehran has refused to negotiate with the US and a senior cleric warned that an American navy fleet could be "destroyed with one missile". 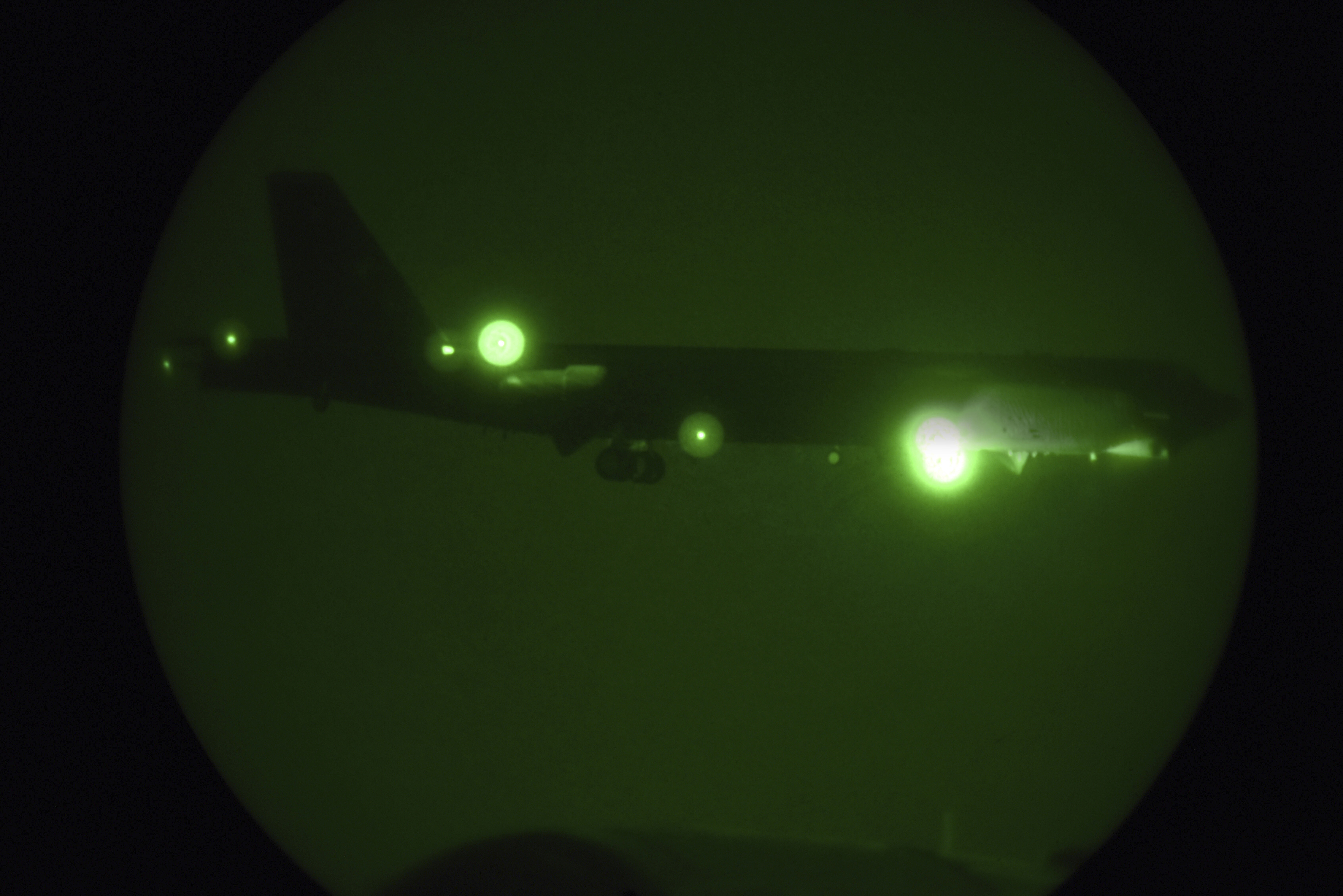 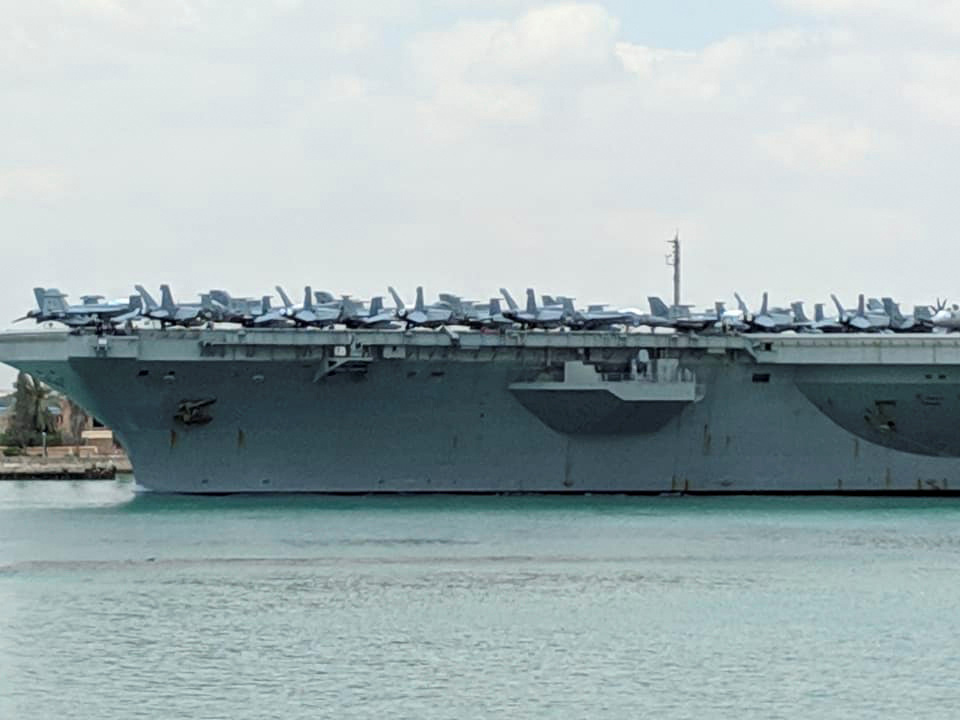 That threat comes as a US aircraft carrier headed towards the Gulf, reports news agency Reuters.

The carrier Abraham Lincoln, deployed by the Trump administration to the Middle East as a warning to Iran, passed through Egypt's Suez Canal on Thursday.

American B-52 bombers have also arrived at an American base in Qatar, US Central Command (CENTCOM) said.

A spokesman for US Central Command has confirmed the task force would consist of the long-range B-52 bombers which are capable of carrying nuclear weapons.

US officials said four B-52s would initially be sent but more could be sent in the future along with additional firepower and anti-missile defence systems.

Iran has dismissed the dispatch of both the bombers and the aircraft carrier as "psychological warfare" designed to intimidate it.

The semi-official ISNA news agency, reporting from the central Iranian city of Isfahan, quoted Ayatollah Tabatabai-Nejad as saying: "Their billion (-dollar) fleet can be destroyed with one missile."

"If they attempt any move, they will… [face] dozens of missiles because at that time [government] officials won't be in charge to act cautiously, but instead things will be in the hands of our beloved leader (Ayatollah Ali Khamenei)," he said.

Separately, Yadollah Javani, the elite Revolutionary Guards' deputy head for political affairs, said: "No talks will be held with the Americans, and the Americans will not dare take military action against us."

According to the semi-official Tasnim news agency, Javani added: "Our nation… sees America as unreliable."

Trump last year pulled Washington out of the Iran nuclear deal and reimposed sanctions on Tehran.

He has expressed a willingness to meet Iranian leaders in the past to no avail and renewed that appeal while talking to reporters on Thursday.

US officials, speaking on condition of anonymity, told Reuters that one of the pieces of intelligence which caused America concerns indicated Iran had short-range ballistic missiles on boats in the Middle East.

One of the officials said the particular missile seen was perhaps capable of being launched from a small ship.

US commercial ships including oil tankers sailing through key Middle East waterways could be targeted by Iran in one of the threats to American interests posed by Tehran, the US Maritime Administration said in an advisory today.

A White House official said earlier this week that the US would impose new additional sanctions on Iran "very soon".

Iran dismissed the plan as “psychological warfare” and has said it will partially withdraw from the landmark nuclear deal it signed with six other nations in 2015.

President Hassan Rouhani said in a televised speech today that Iran would reduce its “commitments” to the deal but not fully withdraw.

US-Iran relations have been deteriorating since the US unilaterally withdrew from the deal last year despite warnings from the other signatories which included Britain, France, Germany, Russia and China.

What is the Iran nuclear deal?

The deal was an agreement between the Islamic Republic and a group of world powers aimed at scrapping the Middle Eastern country's nuclear weapons programme.

It saw Iran agree to eliminate its stockpile of medium-enriched uranium by 98 per cent.

According to the deal, Iran would receive relief from the US, European Union, and the United Nations Security Council on all nuclear-related economic sanctions.

The agreement was reached on July 14, 2015, and the world powers signed it in Vienna.

However, on May 8, 2018, President Trump announced the US will withdraw from the agreement – which he has repeatedly called "insane" and ridiculous".

America's withdrawal from the agreement mean crippling economic sanctions will once again be placed on Iran – further heightening tensions between the two countries.

The US has also imposed further sanctions on Iran since it pulled out.

Rhouhani claimed in the speech the US had “spared no effort” in trying to undermine the deal.

Under the agreement, Iran was permitted to stockpile limited amounts enriched uranium and heavy water produced in that process, exporting any excess.

French Defence Minister Florence Parly said the European powers were doing everything they could to keep the deal alive.

Foreign Secretary Jeremy Hunt, speaking at a press conference alongside US Secretary of State Mike Pompeo, said: "For as long as Iran keeps its commitments then so too will the United Kingdom."

He said Britain and the US agreed on the need to confront the threat from Iran, but "it's no secret we have a different approach on how best to achieve that." Pompeo said his discussions with Hunt on Iran had been "forthright."

Speaking in the House of Commons on May 8,  Foreign Office Minister Mark Field said: “The UK notes with great concern the statement made by Iran today concerning its commitments under the JCPoA [Joint Comprehensive Plan of Action].

“We are analysing the detail of it and are in close contact with the other parties to the deal.

“Today’s announcement from Tehran is an unwelcome step. I urge Iran not to take further escalatory steps and to stand by its commitments.”

He added: "It's important to remember that the UK remains very clear-eyed about Iran's destabilising activity in other parts of the Middle East, including of course its ballistic missiles programme which must now be addressed. However, we do see that this is best done through the JCPoA remaining in place."

Iran and the US have also been engaged in an increasingly tense war of words with one another.

Rouhani warned the US in July last year that “war with Iran is the mother of all wars” while the US President Donald Trump responded with a furious message on Twitter written in capitals which said “never, ever threaten the United States again”.

Trump continued: “We are no longer a country that will stand for your demented words of violence and death. Be cautious!”

In a statement, the national security adviser, John Bolton, said at the time: “President Trump told me that if Iran does anything at all to the negative, they will pay a price like few countries have ever paid before.”

Bolton also issued a more recent threat saying on Sunday that he wanted to send “a clear and unmistakable message to the Iranian regime that any attack on United States interest or on those of our allies will be met with unrelenting force".

Russia blamed the US for provoking the latest moves by Iran.

Kremlin spokesman Dmitry Peskov said President Vladimir Putin had predicted consequences from the "unthought-out steps" of US withdrawal. "Now we are seeing those consequences." 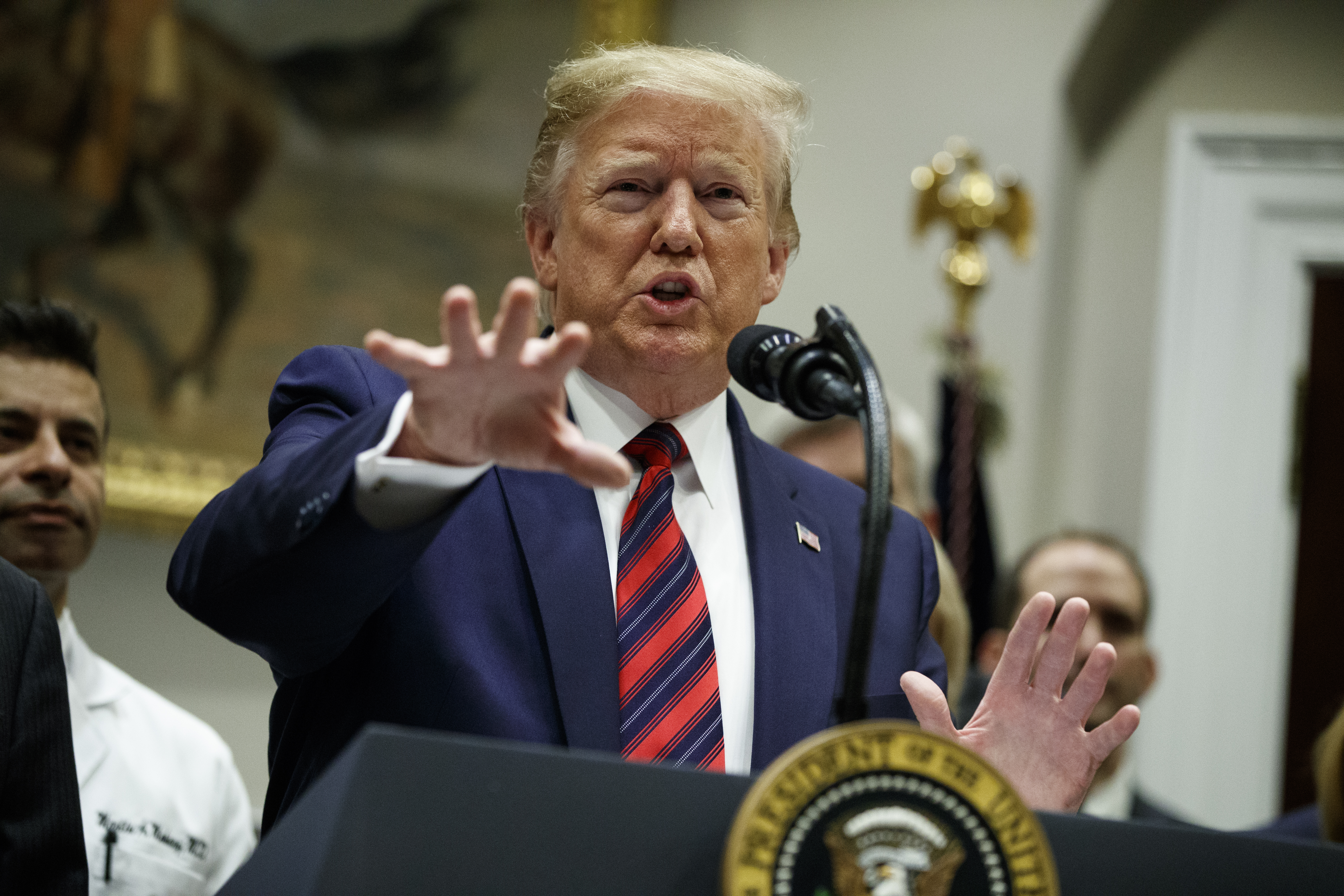 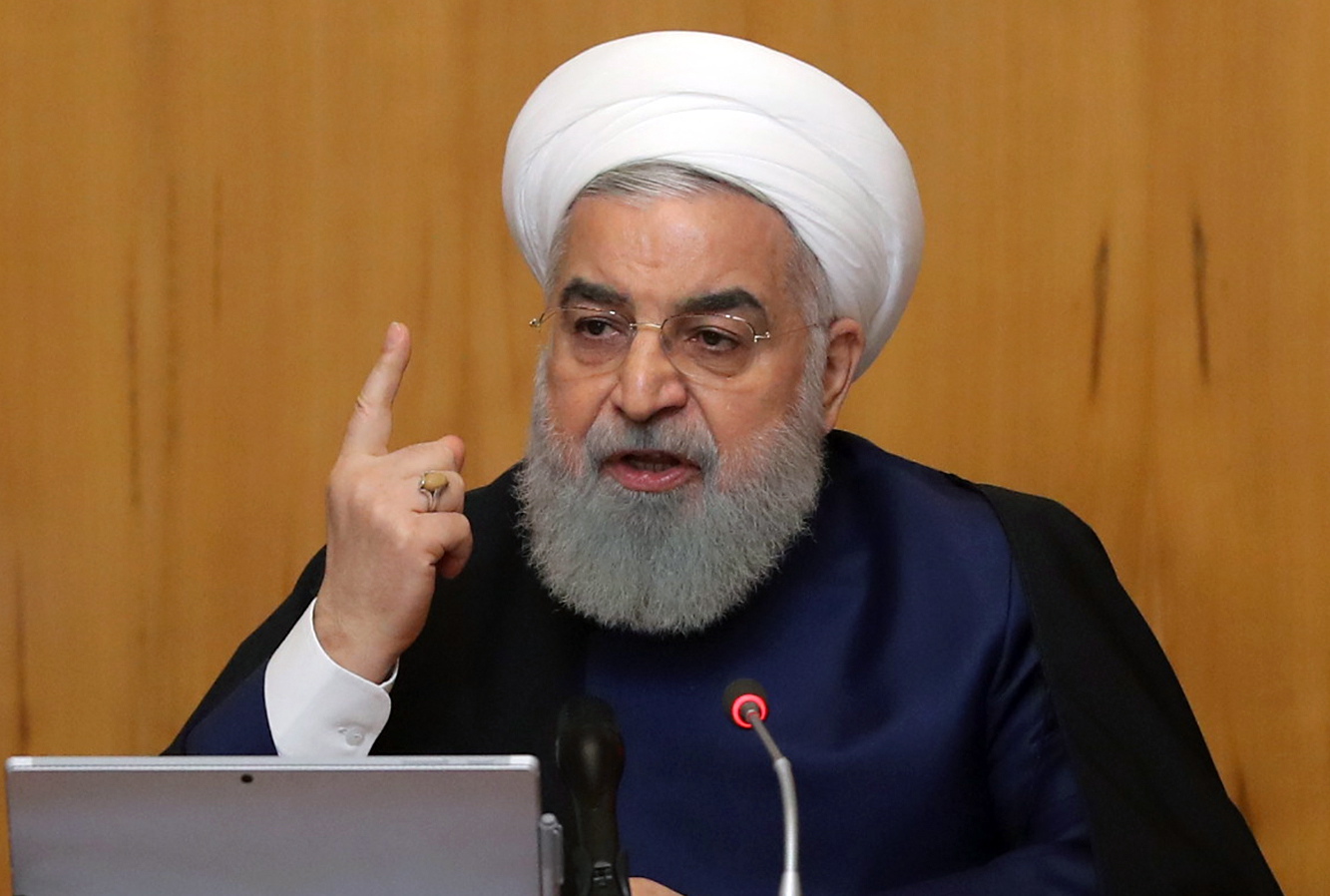