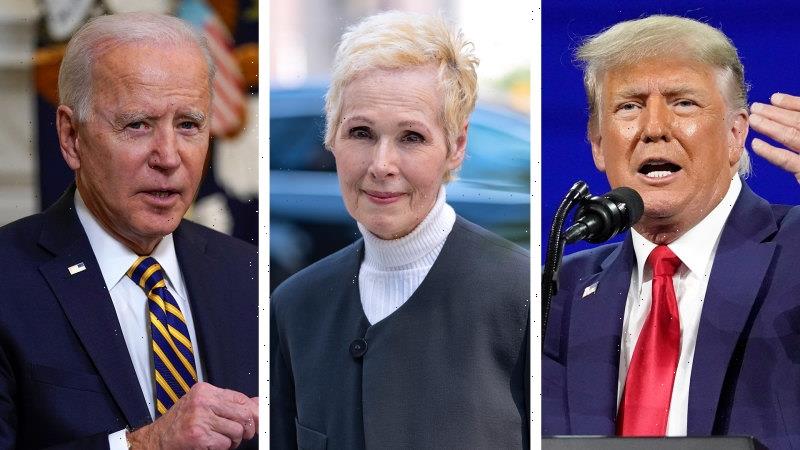 New York: Donald Trump used a sworn deposition in a case brought by his sexual assault accuser Jean Carroll to continue calling her a liar and to claim she is mentally ill – denying that he sexually assaulted her even as he falsely claimed Carroll said in a CNN interview that she enjoyed being raped.

In rambling and combative testimony at an October session at Mar-a-Lago, Trump reiterated past claims he didn’t know Carroll, except as an adversary in what he termed “hoax” litigation, and said she was a “nut job” who was fabricating the story altogether. 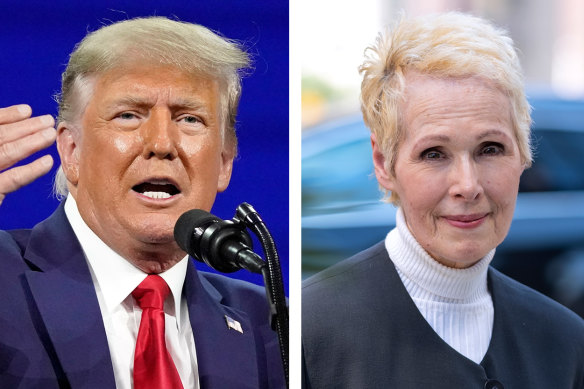 “I know nothing about her,” he said in response to questions from Carroll’s attorney Roberta Kaplan, according to court documents unsealed on Friday. “I think she’s sick. Mentally sick.”

The former president twisted Carroll’s comments from a June 2019 interview with CNN anchor Anderson Cooper, in which she said she shied away from calling her alleged encounter with Trump a “rape” because the word “has so many sexual connotations” and is a “fantasy” for many.

“I think most people think of rape as being sexy,” she told Cooper, according to a transcript of the interview, explaining that she instead thinks of her alleged attack as a “fight.”

“She actually indicated that she loved it. OK?” Trump said in the deposition. “In fact, I think she said it was sexy, didn’t she? She said it was very sexy to be raped.”

Kaplan then asked: “So, sir, I just want to confirm: It’s your testimony that E. Jean Carroll said that she loved being sexually assaulted by you?”

And Trump answered: “Well, based on her interview with Anderson Cooper, I believe that’s what took place.”

Carroll, an author and advice columnist, publicly accused Trump in 2019 of raping her in a dressing room at Bergdorf Goodman in the mid-1990s. She has a pair of pending lawsuits against him in federal court in Manhattan, the first for defamation over comments by Trump in 2019 trashing her and her account, and the latter over the alleged sexual assault itself.

Trump has denied knowing Carroll at all, even though he was photographed with her and her then-husband at an event decades ago.

Trump lawyer Alina Habba said she would appeal the judge’s decision not to toss out the newer case. A spokesman for Trump’s 2024 presidential campaign declined further comment.

The DC Court of Appeals is considering whether the Justice Department can represent Trump as a federal employee, a long-running legal dispute that has been heard by various courts and could effectively put an end to the defamation claims.

Kaplan has scheduled an April trial date for both lawsuits.

Some portions of Carroll’s deposition in the defamation lawsuit were already part of the public docket. Portions of Trump’s deposition were ordered released in a separate decision on Friday by Judge Kaplan, who is not related to Carroll’s attorney. That decision followed a bid by Trump’s attorneys to keep the previously redacted section sealed.

The deposition depicts a full display of Trump’s trademark bluster. He complained to Roberta Kaplan, the attorney, about having to “waste a whole day doing these ridiculous questions with you” and said he would sue both Carroll and her attorney “after this is over”.

He also insisted incorrectly that Truth Social, the social media website he launched in response to his disciplinary removal from Twitter, was more successful than mainstream sites like Twitter, TikTok and Instagram. Truth Social, whose audience has reportedly grown since its rocky launch, still has nowhere near the reach as the others apps on the market.

Kaplan asked Trump during the deposition to list times he’s labelled an event a “hoax,” which he has said about Carroll’s allegation. “The Russia Russia Russia hoax … Ukraine Ukraine Ukraine hoax,” Trump replied, apparent references to federal probes into Russia’s interference in the 2016 election and Trump’s alleged meddling in the disbursement of Ukraine military funding during his term. He listed several others and said of the legal proceedings initiated by Carroll: “This is a hoax too.”

When directly asked if he’d ever sexually assaulted or touched a woman’s intimate parts without consent, his lawyer objected and Trump responded.

“Well, I will tell you no, but you may have some people like your client that lie,” Trump said.

At least 17 women have come forward with allegations that Trump physically touched them inappropriately, many of them supported by people they told at the time. Trump has repeatedly denied the allegations.

During the 2016 campaign, The Washington Post obtained a 2005 recording of Trump bragging about unwanted kissing and groping on the set of the TV show Access Hollywood. Trump apologised for what he chalked up as “locker-room banter”.

Carroll’s lawsuits are part of a heap of legal troubles hanging over Trump as he attempts to mount his political comeback. Earlier on Friday, Trump’s company was sentenced to pay a $US1.6 million ($2.3 million) fine for tax crimes by two longtime executives, following a conviction at trial in December. There is still separate civil litigation brought by the New York attorney general, Letitia James, accusing the company of manipulating property values for tax benefits.

Trump is also under federal investigation for his efforts to overturn the 2020 election results and the mishandling of classified documents recovered from Mar-a-Lago, his Florida club and home. In addition, a special grand jury investigating election interference in Georgia has submitted its report, which a judge will decide whether to make public and authorities will use to decide whether to bring charges.

Since announcing his candidacy a week after the 2022 midterm election, Trump has avoided large public events, opting instead for hosting several galas at Mar-a-Lago and beaming into conferences by video. His campaign is planning a smaller-scale event in South Carolina later this month, rather than one of his signature rallies.

Trump has faced a growing chorus of criticism from Republicans blaming him for the party’s disappointing showing in the midterms, with former House speaker Paul Ryan chiming in with a Thursday CNN interview calling Trump a “proven loser”.

Trump’s early announcement did not result in overwhelming Republican endorsements or scare off other candidates, as a handful of other potential rivals continue making more overt moves toward launching their own campaigns. Some early surveys have showed Trump trailing Florida Governor Ron DeSantis.