Police have vowed they will never give up on missing schoolgirl Quanne Diec, after the Coroner found she died by homicide some time after she vanished in Sydney’s west more than two decades ago.

Quanne, 12, was last seen on the morning of July 27, 1998, when her mother watched her walk away from their Granville home towards Clyde train station on her way to school. She never arrived at the station. 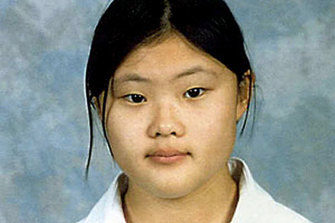 A witness, who has since died, told police and Quanne’s family that she saw a young girl matching Quanne’s description getting into a white van that morning. This is believed to be the last time Quanne was seen.

On Monday, Deputy State Coroner Derek Lee said this observation is “strongly suggestive of Quanne meeting with foul play”. He found Quanne died on or after July 27, 1998.

“It is most likely that Quanne went missing and died in suspicious circumstances,” Mr Lee said. “The manner of death is therefore homicide.” 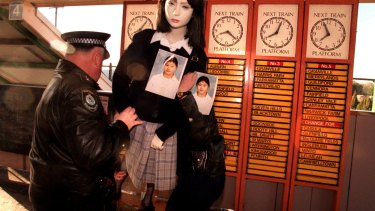 Police hold a mannequin at a train station displaying a photo of Quanne and her school uniform.Credit:Dean Sewell

Mr Lee said he cannot make any findings on Quanne’s place of death or cause of death, because her body has not been found. He recommended that the case be referred to the NSW Police unsolved homicide team.

“There can be no doubt that the loss and pain experienced by Quanne’s family is immeasurable,” Mr Lee said. “Quanne’s separation from her family in such sudden, unexpected and tragic circumstances is truly heartbreaking.”

Detective Inspector Andrew Mackay, the officer in charge of the case, said outside court that Quanne’s disappearance and suspected murder “remains an open case with the NSW Police”.

“We’d like to thank the community and the media for all of their assistance over a very long period of time. We’re committed to the Diec family and we’re seeking to provide them the answers that they so dearly need,” Inspector Mackay said. 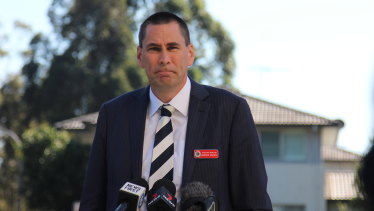 Not giving up: Detective Inspector Andrew Mackay speaks outside court on Monday.Credit:Georgina Mitchell

A reward of $200,000, announced in 1998, remains in place for any information leading to Quanne or her killer.

Vinzent Tarantino, 53, was charged with Quanne’s murder in 2016 after he walked into a police station and claimed he abducted her, strangled her and dumped her body in Sydney’s south. He was found not guilty in 2019 following a trial in the NSW Supreme Court.

Mr Tarantino’s barrister successfully argued in the trial that her client made a false confession because he feared for his life and believed he was being pursued by bikies after he witnessed the aftermath of a triple bikie murder at the Blackmarket Cafe in 1997.

Giving evidence in the trial, Mr Tarantino said he was not involved “in any way” in the abduction or murder of Quanne. 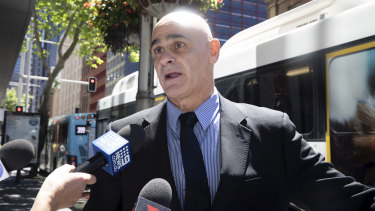 He told the Daily Telegraph last week that he was “proven to be innocent through a comprehensive testing of all the evidence in my trial” and “the jury got the verdict right”.

“The police should concede they are wasting their time with me,” he said.

Advocate assisting the Coroner, Howard Mullen, told the inquest that Mr Tarantino “should be considered a person of significant interest” in the case because he told multiple people that he killed Quanne, including claiming to a girlfriend that he dumped Quanne’s body in bushland.

Mr Lee wrote in his findings that Mr Tarantino was informed in writing that he was considered to be a person with sufficient interest in the inquest, however he did not appear or have a legal representative appear for him. 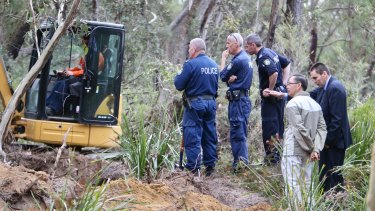 Police and Quanne’s father search in bushland in 2017.Credit:Adam McLean

“It should be emphasised that a finding that a person died as a result of homicide does not impose any criminal liability on any other person,” Mr Lee said. “A conclusion as to the manner of a person’s death is a factual finding made on the available evidence.”

Inspector Mackay said the matter remains an open investigation and there are “a number of lines of inquiry”.

He said police are in regular contact with the Diec family, who are “beautiful people”.

“The police will never give up on a missing person, particularly a child, and this has been an inquiry for 20 years,” he said. “The findings were expected, they’re very detailed.

“As a matter of course, the investigation will proceed to the unsolved homicide team at the State Crime Command. ”