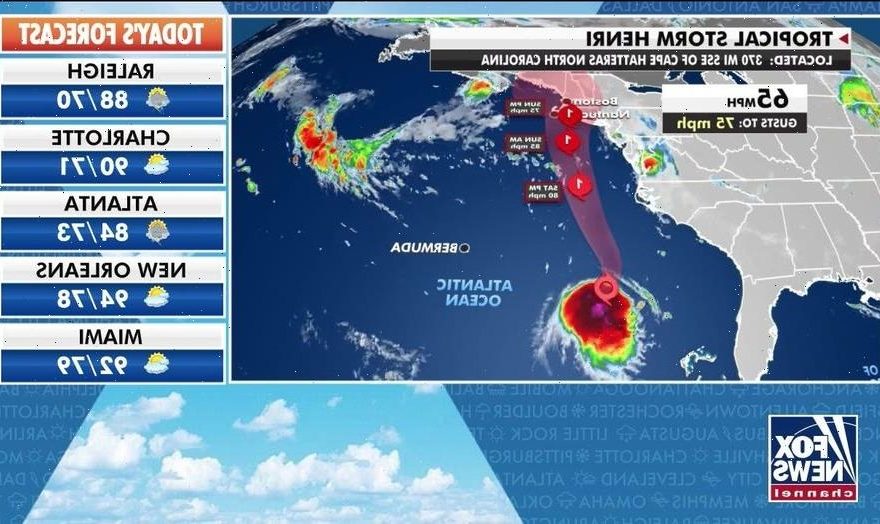 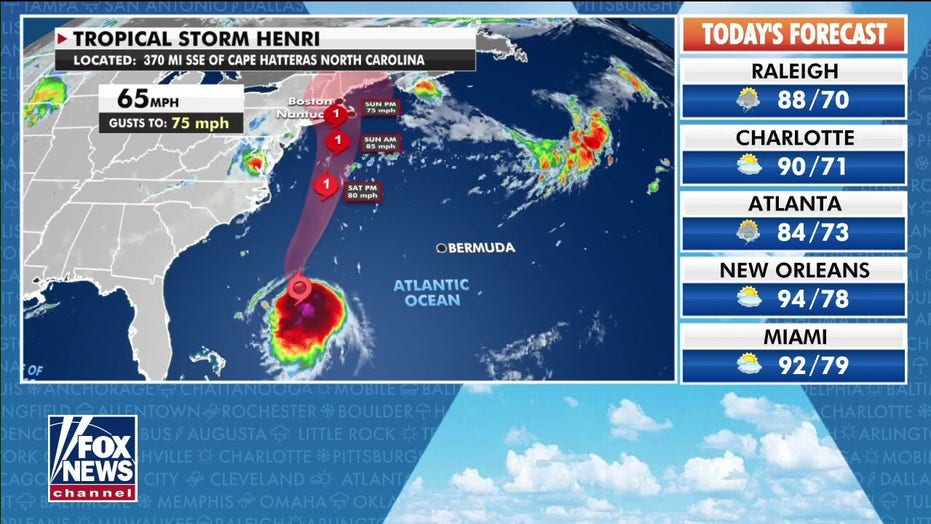 Adam Klotz has your FoxCast.

With Tropical Storm Henri moving near the East Coast on Friday, officials are warning beachgoers about life-threatening conditions.

Rip currents and rough surf associated with the storm are already impacting coastlines this week and a father and son drowned in the waters near Oak Island, North Carolina on Wednesday.

In Virginia, WAVY-TV reporters said Friday that the U.S. Coast Guard (USCG) Mid-Atlantic and other agencies were looking for a man they said went missing in the water at Gloucester Point Beach at around midnight.

“The Coast Guard’s search and rescue capabilities degrade as storm conditions strengthen, the USCG said in a statement. “This means help could be delayed.”

“If you’re headed to the beaches Friday and this weekend, please be advised that life-threatening surf and rips currents are expected during this time due to swells from tropical storm Henri,” the National Weather Service (NWS) in Raleigh wrote on Facebook Wednesday.

The Hurricane Center noted that the risks of storm surge, wind and rain impacts in southern New England and eastern Long Island are increasing.

The agency said that the combination of dangerous storm surge and the tide would lead to flooding inland from the shoreline in normally dry areas, with water reaching from 3 to 5 feet in areas from Watch Hill, Rhode Island to Sagamore Beach, Massachusetts should peak surge occur at the time of high tide.

The areas of East Rockaway Inselt to Montauk Point, the North Shore of Long Island and Kings Point, New York to Watch Hill, Rhode Island could see 2 to 4 feet and from New Jersey’s Cape May to East Rockaway Inlet could get 1 to 3 feet.

Henri may produce rainfall of 2 to 5 inches over southern New England from Sunday into Monday, with isolated maximum totals near 8 inches.

Additional watches or warnings will be required later Friday and residents of the U.S. and Atlantic Canada are instructed to monitor the storm.