A GROUP of travellers are today locked in a stand-off with Lidl bosses after setting up camp in a supermarket car park.

Shoppers and staff were left shocked after a convoy of five caravans moved onto the site in Yardley, Birmingham, on Sunday. 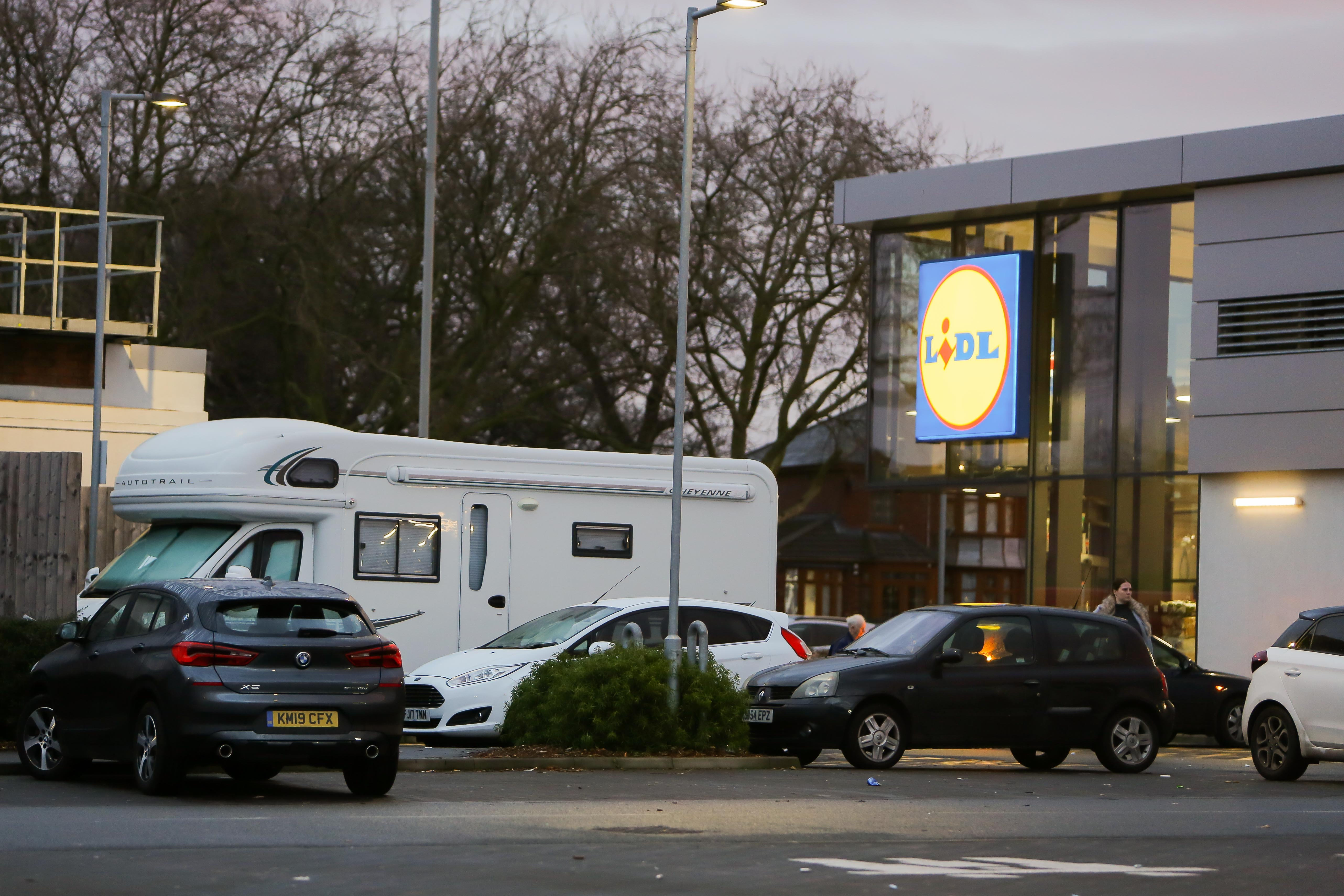 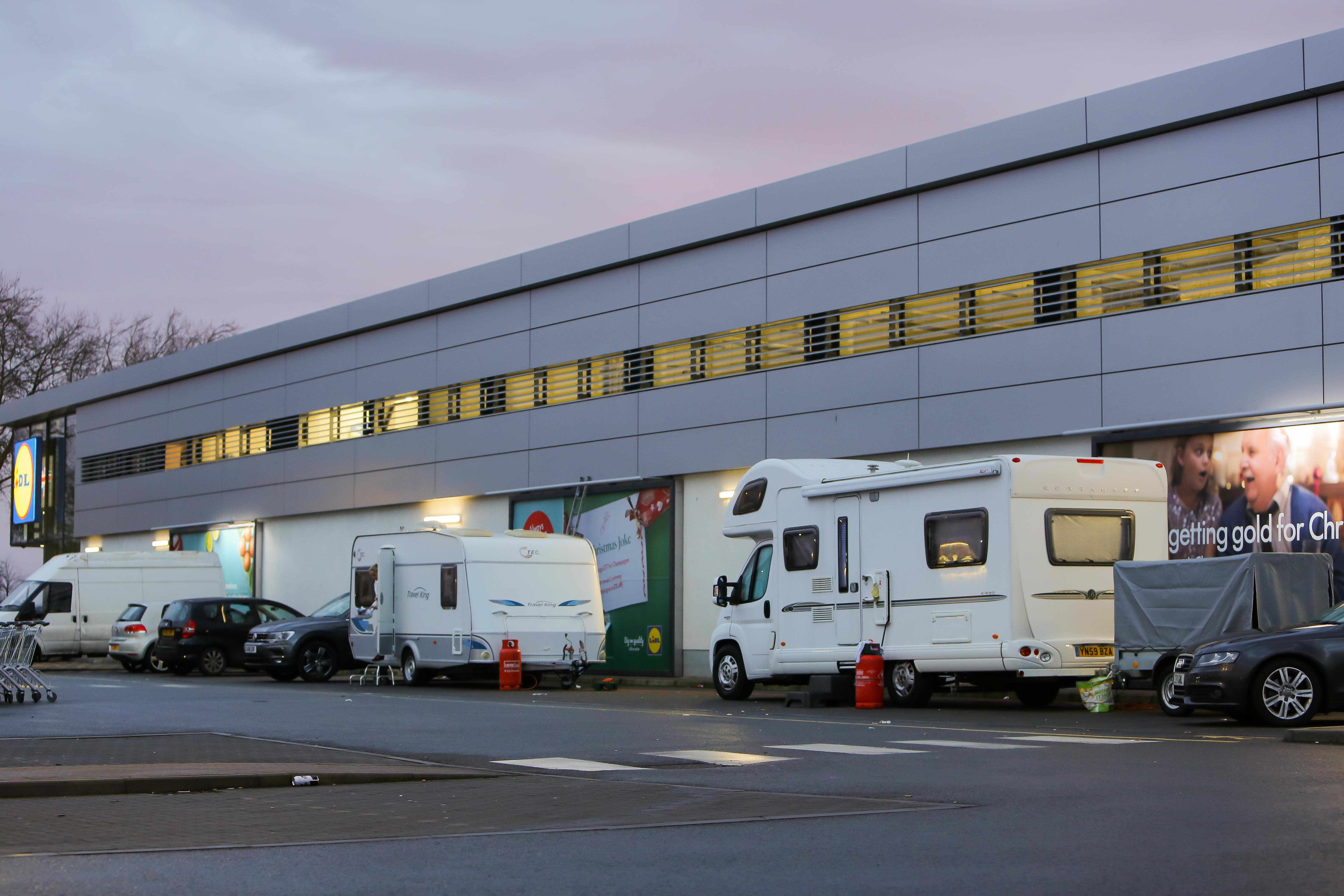 The budget supermarket giant said it had called in bailiffs to evict them but they still remain at the Coventry Road location today.

Shopper Mark Flaherty, 43, said: "I came along to do our family shop for the week. I can't believe they have come to live on a Lidl.

"Permanent sites need to be found for travellers as they seem to just pitch up where they like, whenever they like and usually leave an awful mess behind.

"It’s a big problem in this area. Any bit of green space they occupy, and now supermarkets by the looks of it."

I can't believe they have come to live on a Lidl.

Angela Wilkes, 55, added: "As long as they’re causing no bother, I don't mind as I'm sure they will move on soon. But they are taking up several spaces. "

Another shopper said: "I'm sure a couple of them just accosted to me for change. They need booting off and fast.

"This is not the place for them, they have young kids running about and they could get knocked down in a car park.

"It’s disgraceful they can just do as they please. They are walking around the place in dressing gowns; it’s not a good look for the area."

The group have set up the unauthorised encampment despite a legal traveller site being set up just five miles away by the city council last November.

The site at Proctor Street, Nechells Green, has 15 pitches, each for a large caravan and towing vehicle, a heated toilet block with wash basin and sluice facilities.

A spokesperson for Birmingham City Council said the matter was between Lidl and the travellers as they had parked up on private land. 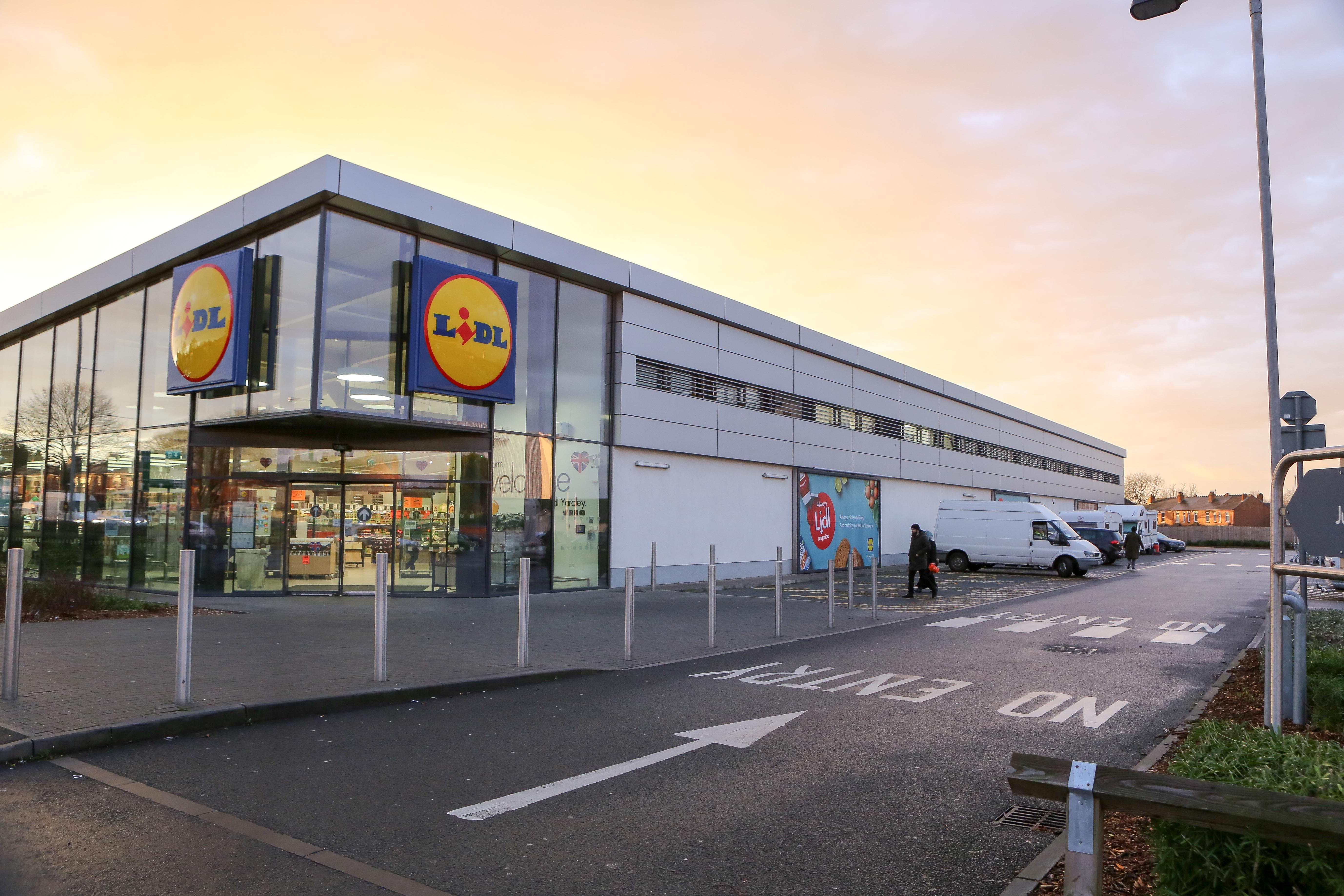 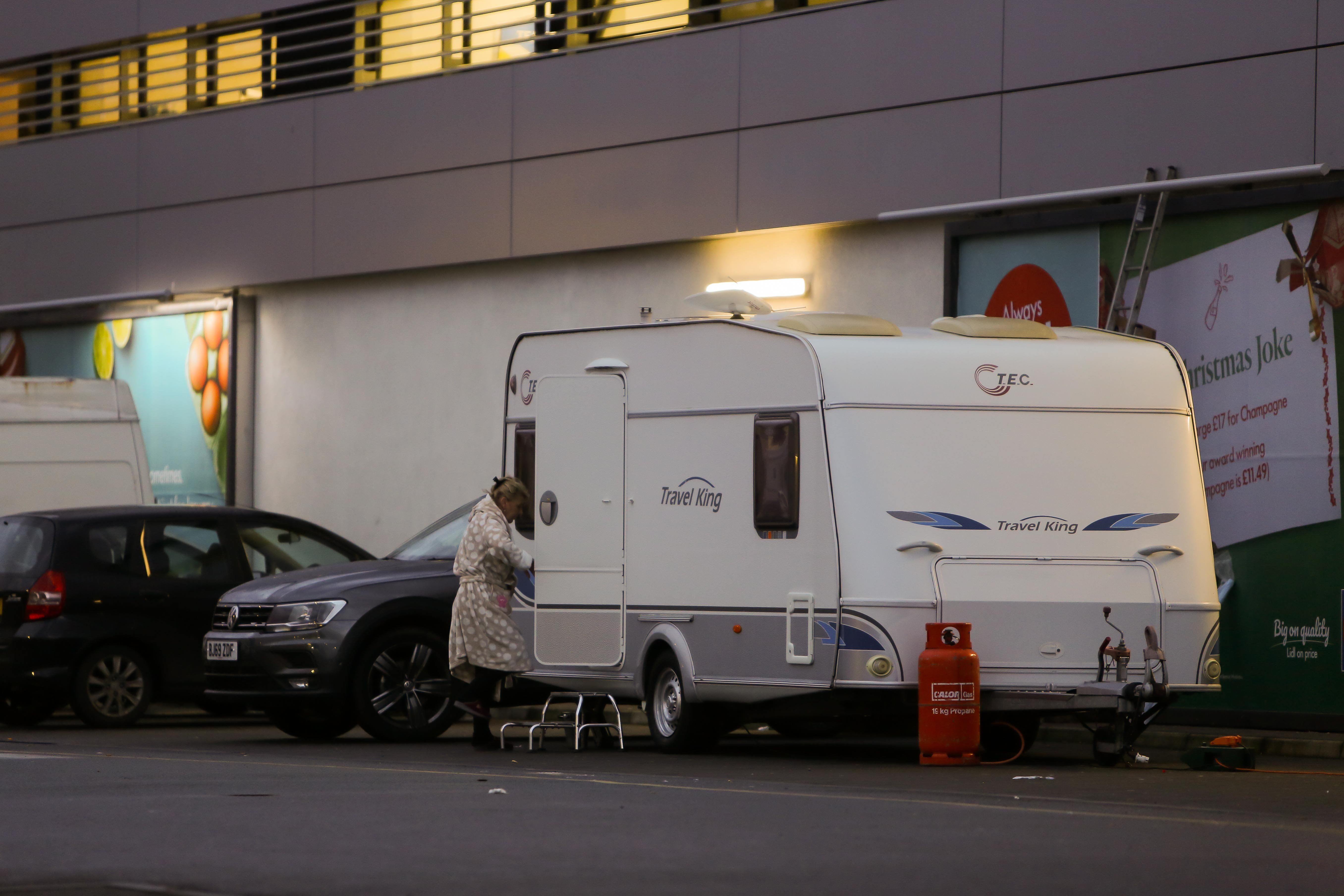 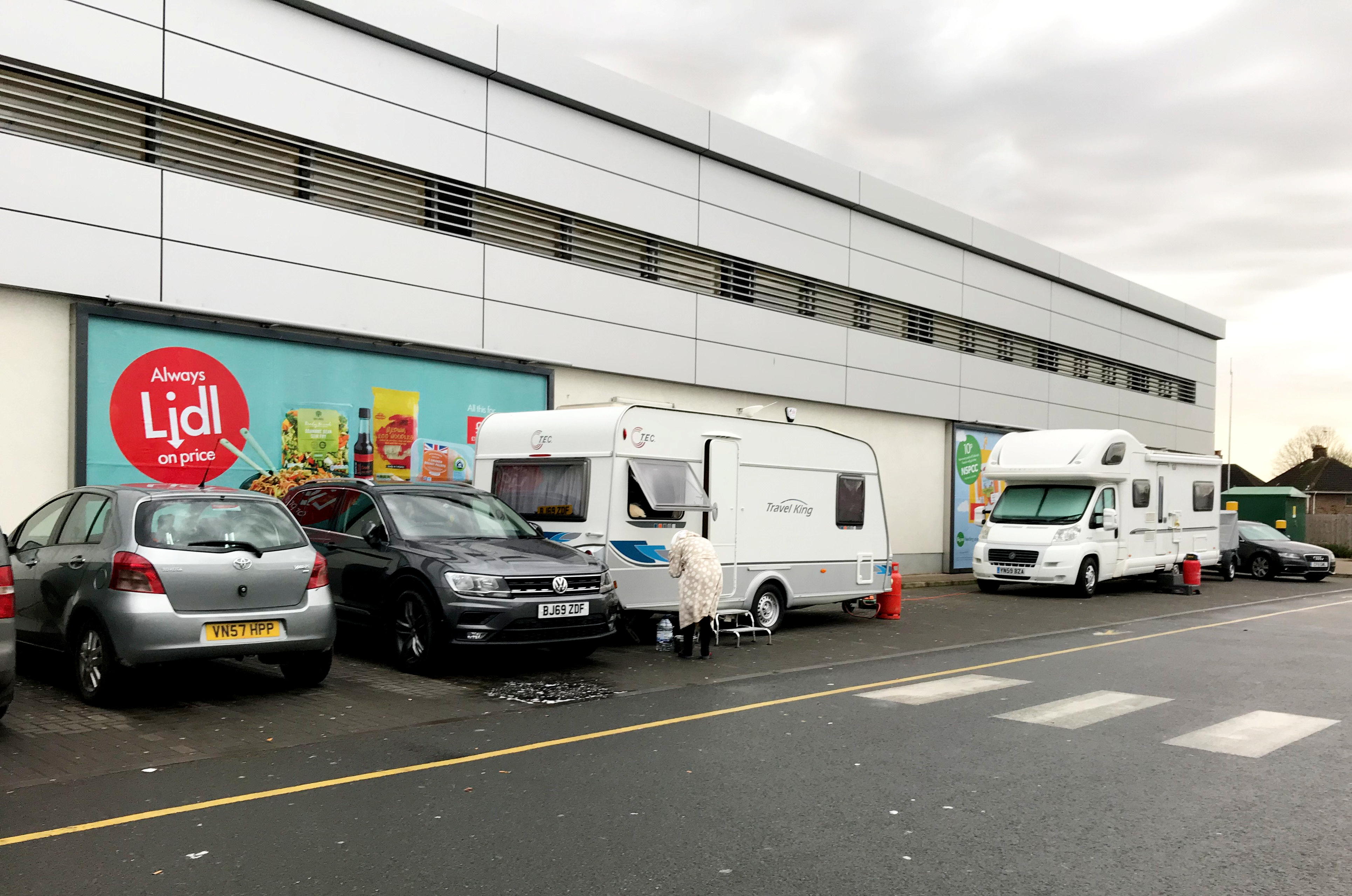