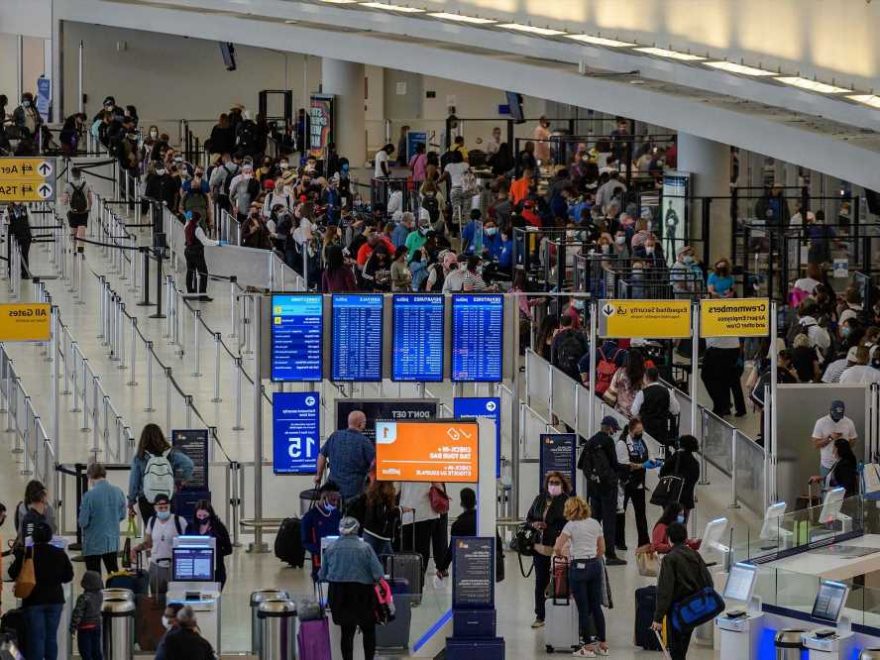 Cheers to American glory this Fourth of July!

The 10 best deals from HP’s Fourth of July sale

This Fourth of July is set to be the busiest time for travel since the COVID-19 pandemic started — and those taking holiday trips should get ready for a rough time, especially if they take to the skies, experts said.

Rental companies are short on cars, airports and airlines are short-staffed and travelers must plan accordingly, “The Points Guy” Brian Kelly told The Post.

Last-minute getaways will be hard to pull off — and potentially very expensive.

“American Airlines canceled 400 flights [last] weekend simply because the infrastructure is already maxed out. Any weather storm that comes through could have a massive effect,” Kelly said. “We’re walking on eggshells as it is and as more and more people travel, the system will be under pressure and escalating throughout summer.”

Last week saw 2.1 million people pass through airport security per day, according to TSA figures that show a steady increase in airport travelers since April 2020, when fewer than 100,000 people flew on some days.

Air travel is at around 85 percent of pre-pandemic levels, and the holiday weekend could see even more flyers, Kelly said.

“We could potentially get to 2.3 [million flyers in one day], which is incredible considering the world is mostly closed,” he said. “People aren’t going to Africa, Asia and Europe like they were before.”

American are instead opting to go to places like Mexico, Hawaii and Florida, Kelly said.

But last-minute escapes to pandemic hotspots may be hard to pull off — a nationwide rental car shortage has combined with high demand to make getting around vacation destinations especially difficult in 2021.

Forecasters at AAA anticipate 47.7 million people to travel nationwide from Thursday to Monday. Approximately 43.6 million of them will travel by car — an all-time record.

Those heading out to celebrate America’s 245th birthday should be sure to leave ample time — and expect a stressful trip.

“Consider the ridership levels for Long Island Rail Road and Metro-North, which are still below quote-unquote normal levels,” Sinclair said. “I know a lot of those people are on the [Long Island Expressway] or [Interstate] 95.”

“I’ve seen two-hour lines at Starbucks at airports,” Kelly said. “My tip to everyone is eat before you go to the airport, and bring your own snacks with you. If your flight is canceled, don’t sit and wait in a line to get re-accommodated. Just book it yourself.”

Put simply, “Be your own advocate,” Kelly said: “The airlines aren’t staffed enough to do it for you.”