Trainspotters have been caught with tripods set up just feet away from a passenger train travelling at 125mph.

An image of an elderly man and a woman as they wait to photograph the Flying Scotsman near Elford, Staffordshire, has been released by British Transport Police.

Police are warning those who try to get close to the famous locomotive they could face a £1000 fine or jail sentence. 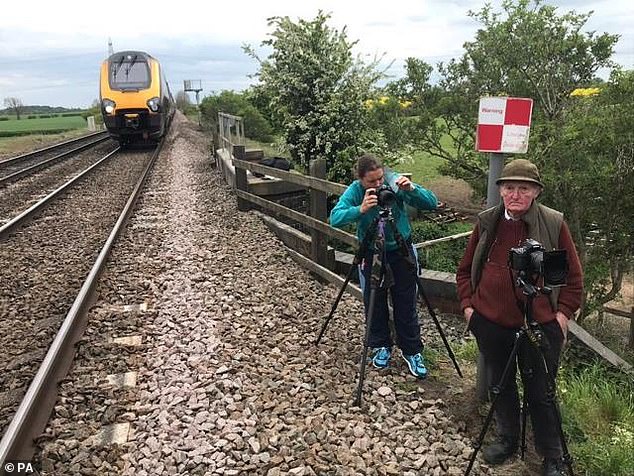 An image of an elderly man and a woman as they wait to photograph the Flying Scotsman near Elford, Staffordshire, has been released by British Transport Police

The trainspotters are at the centre of a police hunt today after they were seen on Sunday, May 5, with tripods next to a line where trains travel up to 125mph.

And train drivers took to Twitter after the picture was released to share their own experience of dealing with trainspotters.

One described driving a train past where the Flying Scotsman was expected as ‘probably the most stressful experience I have ever had to endure in nearly ten years on the railway.’ 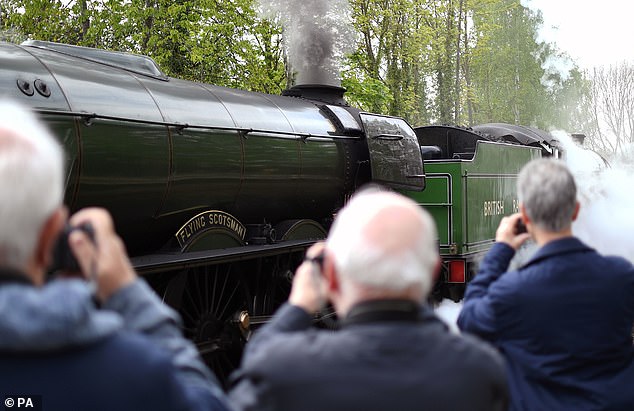 Another added: ‘I have no doubt that it is only a matter of time before someone is seriously injured or killed in the pursuit of photographing the Flying Scotsman.

‘If a person trespassed at Heathrow and stood next to a runway to take pictures, the airport would be closed, the planes diverted and they would be arrested.

‘If a person set up their tripod on a motorway, traffic would stop and the person would be arrested.’ 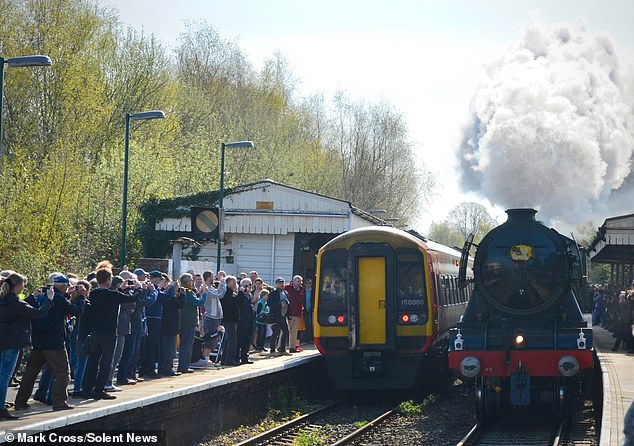 Some eight passenger trains were at a standstill when the Flying Scotsman, which is touring the UK, passed through the midlands on Sunday.

A total of 56 train services were disrupted by trainspotters trespassing on the railway – causing more than 16 hours worth of delays.

Chief Inspector Gareth Davies from British Transport Police said: ‘It is extremely disappointing that a small minority of rail enthusiasts put their lives in grave danger in an attempt to take photos of the Flying Scotsman. 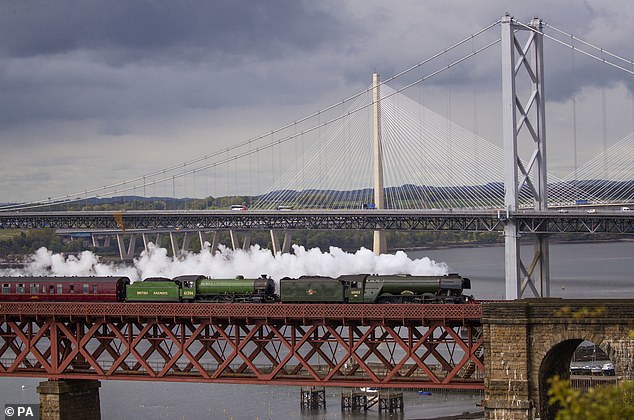 ‘Quite frankly, they should know better and we are today sending a strong message that this will not be tolerated.

‘We’re making a number of urgent enquiries to identify those who trespassed on the tracks, I would therefore ask anyone with information to get in touch.

‘The railway is an extremely hazardous environment, trespassing could result in serious injury or even death.

‘In order to prevent further incidents, we’re stepping up our patrols when the Flying Scotsman is out on the rail network – those caught trespassing or obstructing trains can expect to be prosecuted.’ 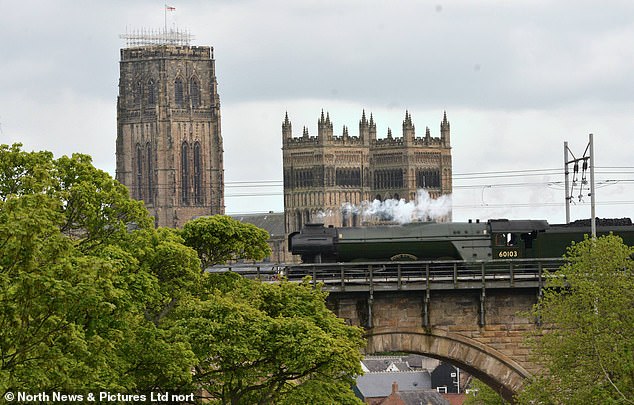 There are more than 250 incidents of people ‘messing about on the railway’ every week, according to figures released this week by the British Transport Police.

And children under the age of 18 are responsible for a third of all cases.

But it remains unlikely that famous trains would ever be banned from the tracks in order to deter trespassing trainspotters.

A BTP spokesman said: ‘A small minority of illegal railway trespassers should not spoil the fun for the vast majority who safely view and enjoy heritage railway locomotives. 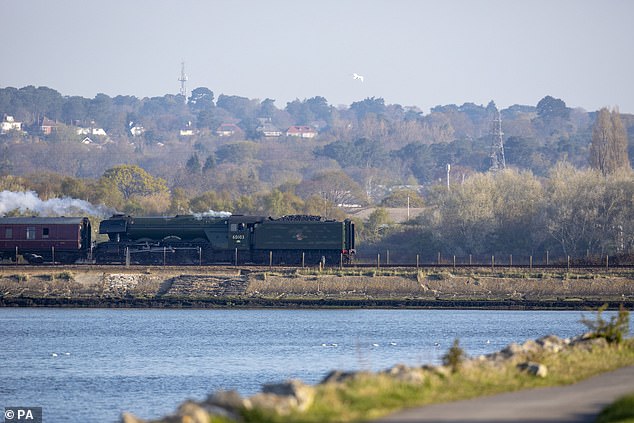 ‘Where offences do occur, British Transport Police will work closely with Network Rail and Train Operating Companies to identify perpetrators and ensure they are brought before the courts and handed appropriate sentences.’

If anyone witnesses a trespass incident, they are advised to call the police immediately on 999.