A TRAFFIC warden had plaster thrown over her by a furious motorist after she issued a parking ticket.

The young officer was seen caked in the building material, covering her hair and uniform. 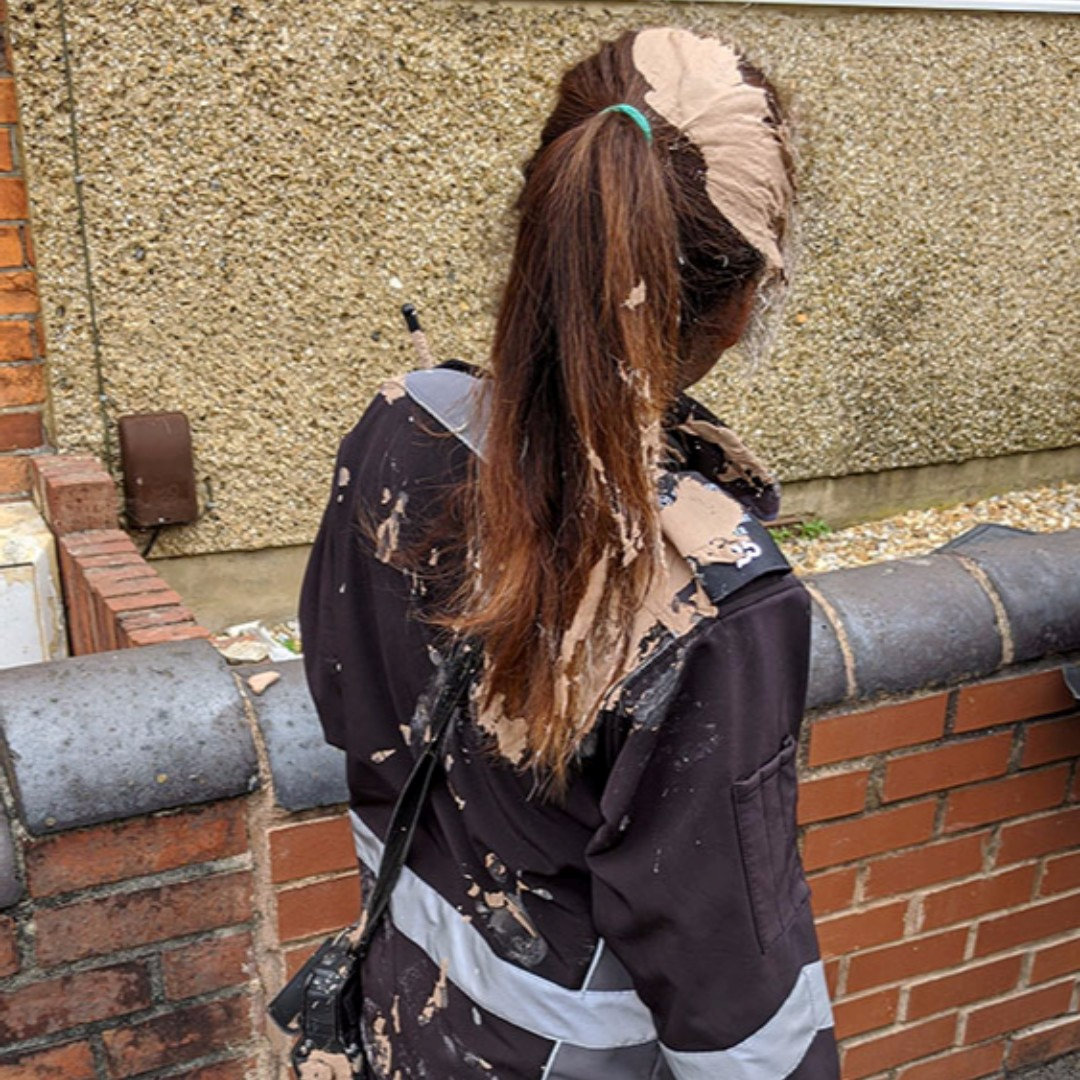 She was assaulted after placing a ticket on a car that had been parked incorrectly.

She was one of three wardens that had been attacked by drivers this week, according to Swindon Borough Council.

The authority shared the image online amid a plea with drivers to be more respectful.

A spokesperson added: "We’re sad to report that, this week, our parking wardens have been assaulted three times, one was even covered in plaster.

"We understand that you are using your cars more and need to find parking, but that's no excuse for dangerous parking or this kind of behaviour."

This comes after it was revealed that Britain's worst parking offender is a Ford Focus owner who was fined £47,829 in just one year.

The driver was among 15, all in London, slapped with more than 100 parking fines last year.

But some did pay up.

AA Presdient Edmund King said: “There is a hardcore of lawless drivers who have learnt to ignore the rules and fines that are intended to protect the safety and interests of other road users.

“The same drivers are likely to have their cars untaxed, without an MoT and uninsured.

“It beggars belief that some of these can be allowed to carry on almost with impunity while fines from more law-abiding drivers are hoovered up relentlessly.

“Why? Because they are easy payers.

“This is a percentages game where sometimes the main interest is in gathering the income rather than deterring the worst driver behaviour.

“Parking enforcers know the vast majority of drivers will pay up, often at the discounted rate – even when they might dispute the ticket but paying is the easier option with less threat of a bigger fine.

“The smaller percentage of serial evaders who cause the most disruption can be ignored until they finally pay up, the bailiffs catch up with them or they just abandon the vehicle.”