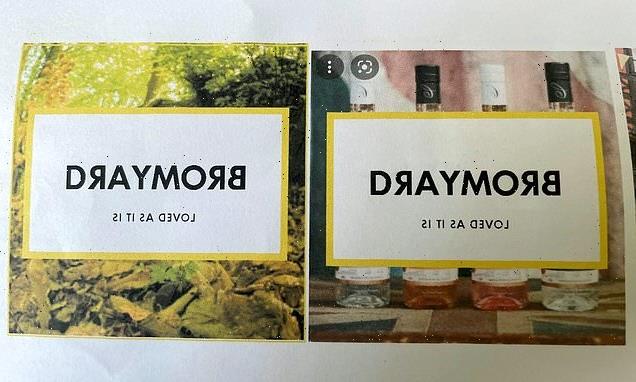 Market town to give its name an ‘edgy’ backward ‘D’ as part of a £90,000 rebrand – but some Herefordshire locals say it looks like a spelling mistake

Keen to be seen as forward-looking, bright sparks in the market town of Bromyard devised a cunning strategy – turning the D in its name backwards.

The ‘edgy’ letter reversal – part of a rebranding exercise costing £90,000 – is the brainchild of a local firm of architects who teamed up with a graphic designer and regeneration agency.

Unfortunately, their efforts on behalf of the town council have not been greeted with universal approval in this corner of Herefordshire. Indeed, the backward D has been branded a gimmick by some residents, who say it looks like a spelling mistake. 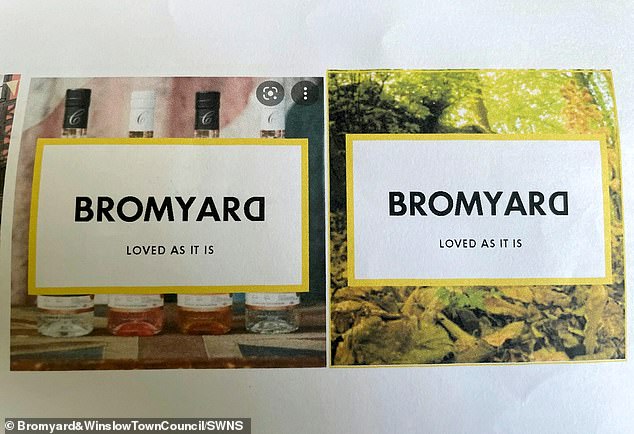 The ‘edgy’ letter reversal – part of a rebranding exercise costing £90,000 – is the brainchild of a local firm of architects

Its value was also questioned by councillors at an official meeting, despite their being told it received ‘100 per cent approval’ from focus groups. The reverse lettering was inspired by an inscription on the Bromyard Bushel Measure, a cast-iron bowl made in 1670 as a means of standardising local measurements. It now stands in the town church. Designers said it represented the area’s ‘still strong’ farming heritage.

But Bill Potter, 67, a former carpenter who lives in the town, said: ‘This town has always been a bit backwards and these designs will make us a laughing stock.

‘It’s like we are trying to be a cool, cosmopolitan city like Manchester, Birmingham or Liverpool when we are just a small town in the country full of farmers. The money would be much better invested in facilities for young people, rather than signs which just spell the name of our town wrong.’

Councillor Gill Churchill, who sits on Bromyard and Winslow Town Council, said: ‘Being an ex-teacher, I don’t think the D has been explained enough. I’d sooner put a red cross through it and put sp (for spelling mistake) on it.’

Councillor David James Smith said: ‘On the reversed D, which I see 100 per cent of people like, I think I’m going to make it 99 per cent.’ The council is paying for the rebranding out of a £90,000 grant from the Government’s Great Places fund, a pot of money to help areas bounce back from the pandemic. The rebranding proposal also includes a ‘Loved as it is’ slogan for the town.

Bob Ghosh, of K4 Architects, said the logo would be used on wayfinding signage and maps if it got approval. The reversed D was one of a number of ideas currently out for consultation, he said. 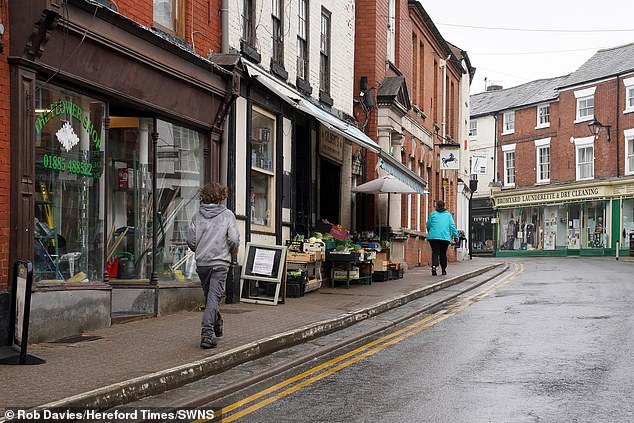 Mr Ghosh said the project was not trying to transpose ideas from big cities like Birmingham, but that market towns will have a different role to play post-pandemic. ‘Maybe we do have to be bold and put messages out there that are slightly controversial and edgy,’ he added.

Resident Chris Barltrop told the Jeremy Vine show on BBC Radio 2 that the new logo seemed like an ‘imported big city idea’. He added: ‘Nobody thought to ask local people.

‘We did not know about it until less than four weeks ago. That’s a bit late to be consulted.’