The husband of a Sydney doctor who went missing this week says he has “absolutely no clue” why the mother of a three-year-old didn’t return home following her regular Sunday shift at a Ryde medical centre.

Drummoyne mum Eza Lau, 36, was last seen leaving her workplace – Myhealth at Top Ryde – about 4pm in her black BMW following her shift, but did not return to the family home as expected.

The missing woman’s 44-year-old husband Paolo – who did not wish to have his surname used to protect the couple’s daughter – said he and Lau’s mother began calling her out of concern around 6pm, but the calls went unanswered.

They reported Lau’s disappearance to police around 9pm on Sunday. 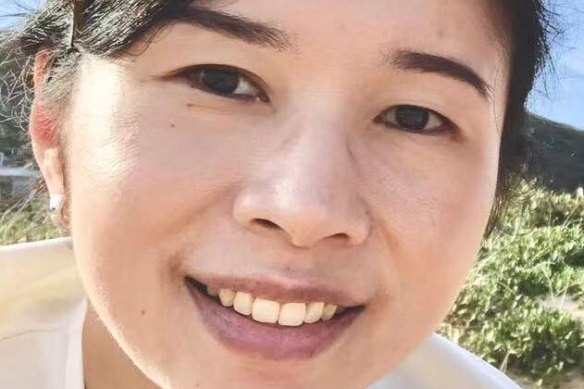 At 10pm, the calls from the pair stopped going through, making them believe her phone battery must have died.

The husband said his wife’s disappearance was completely out of character. “She has never done anything like this before,” he said.

“It is totally random. I have absolutely no clue.”

The couple has been together for eight years and married for four years after meeting by chance in Sydney, after he moved from Italy for work, Lau’s husband said. The pair have a three-and-a-half year old daughter.

Paolo said he last saw his wife when she left in the morning for work at about 7am. Police believe Lau took her handbag with her when leaving work.

“She works hard, she is very, very busy,” the husband said.

According to her work biography on the Myhealth website, Lau obtained her medical degree at Melbourne University in 2010 before undertaking her postgraduate training at Blacktown and Westmead Hospitals in Sydney.

“Her other interests include cooking, piano playing and origami,” the biography also states.

Vicki Abraham, who had been seeing Lau for over two years as her GP, said she was an “amazing” doctor.

She said the medical centre at Top Ryde had become notably busy in recent weeks and was “booked out for weeks”.

“She is so kind and caring, but also incredibly thorough,” Ms Abraham said.

Police have encouraged anyone with information to come forward and says they have “serious concerns” for her welfare.

Police have also released a description of her vehicle; a black BMW 1 Series Sedan bearing the NSW registration CTH13R.

“Eza is described as being of Asian appearance, about 165cm tall, of thin build and black hair,” a statement released by police on Monday stated.

“She was wearing a blue shirt with a name tag, a beige jumper, grey pants, white sneakers and a black handbag.”

Anyone with information about this incident is urged to contact Crime Stoppers: 1800 333 000 or https://nsw.crimestoppers.com.au